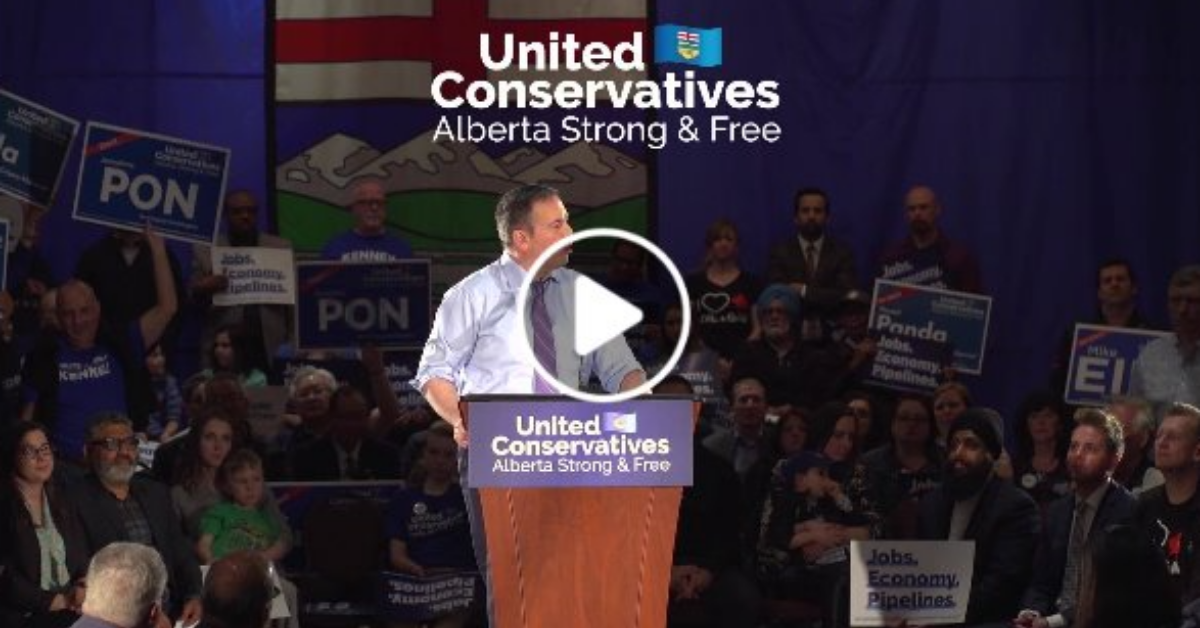 Alberta's election has reached the halfway point, and the Facebook advertising battle continues.

Their diverse set of ads uses various strategies to tackle a number of different issues, from attacking the "Notley-Trudeau alliance" to ads focused on growing the economy.

Meanwhile, for the second week in a row Alberta's NDP are only running a single video advertisement - this week, the focus is on Jason Kenney's involvement in an alleged "kamikaze campaign" to take down Brian Jean in the UCP's 2017 leadership race.

Stephen Mandel and the Alberta Party are not currently running any paid advertisements.

Read on below to see all of the current ads leading up to the Alberta election! 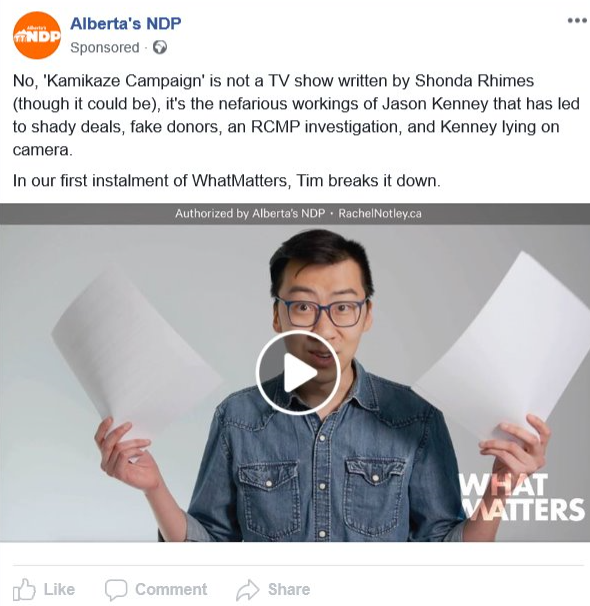 You can view the video, and all active Alberta's NDP ads on Facebook here.

For the second week in a row, Alberta's NDP are putting all of their eggs in one basket when it comes to their Facebook advertising strategy.

Clocking in at 3.5 minutes in length, it is an improvement over last week's 10 minute video, but it is still far longer than the average Facebook user is willing to spend watching a video advertisement.

Similar to last week's video, the entire strategy is to attack UCP leader Jason Kenney. We know that attack ads can be very effective, but Alberta's NDP could benefit from a more diverse strategy that also highlights some of their own achievements and policy plans.

You can view all of Jason Kenney's active ads on Facebook here.

In these 11 ads from Jason Kenney and the UCP, we see a much more balanced advertising approach.

The ads focus on 4 main topics:

These ads use a mix of attacks on incumbent Premier Rachel Notley, as well as positive messaging on policy.

They are also all 6 seconds-30 seconds in length - far more appropriate for Facebook advertising compared to the NDP ads (Facebook themselves recommend video ads of 15 seconds of less).

As of April 2, the Alberta Party and Stephen Mandel are not running any paid Facebook ads. If this changes you will be able to access their ads via the links below: