Choose Forward vs. Not As Advertised 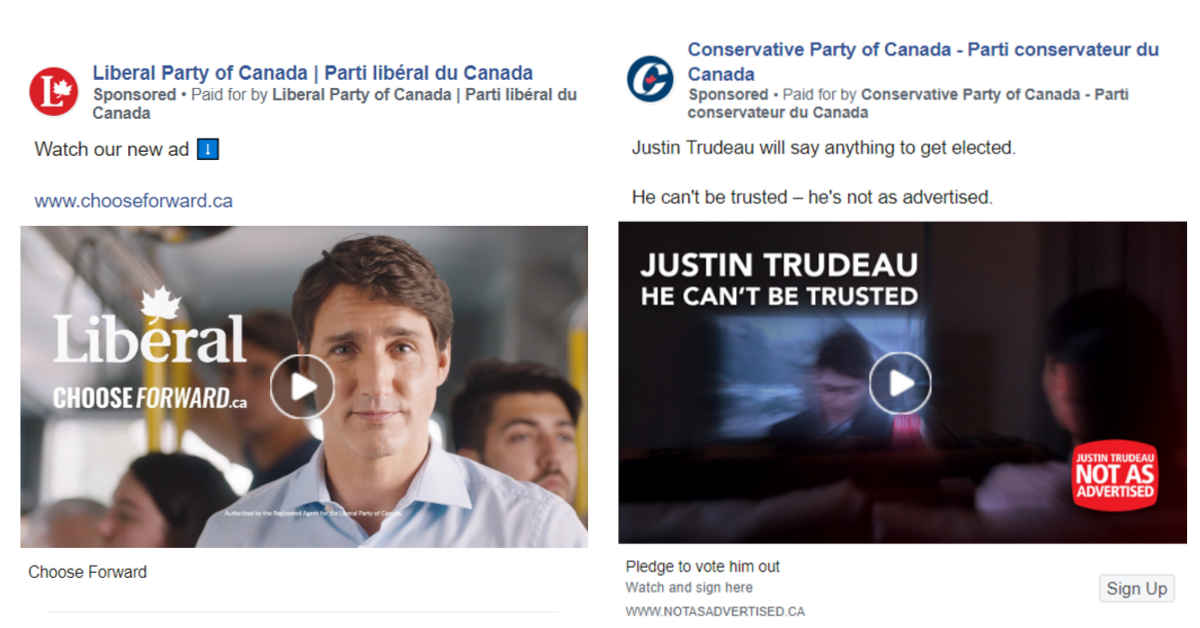 Election advertising is now in full swing - the Liberals, Conservatives and NDP have all increased their ad spending this week as they launch new video ads.

The Liberals are promoting their "Choose Forward" campaign, while the Conservatives are staying on the offensive with their "Not As Advertised" campaign.

The NDP have launched their own new videos, with a heavy focus on targeting french voters in Québec. 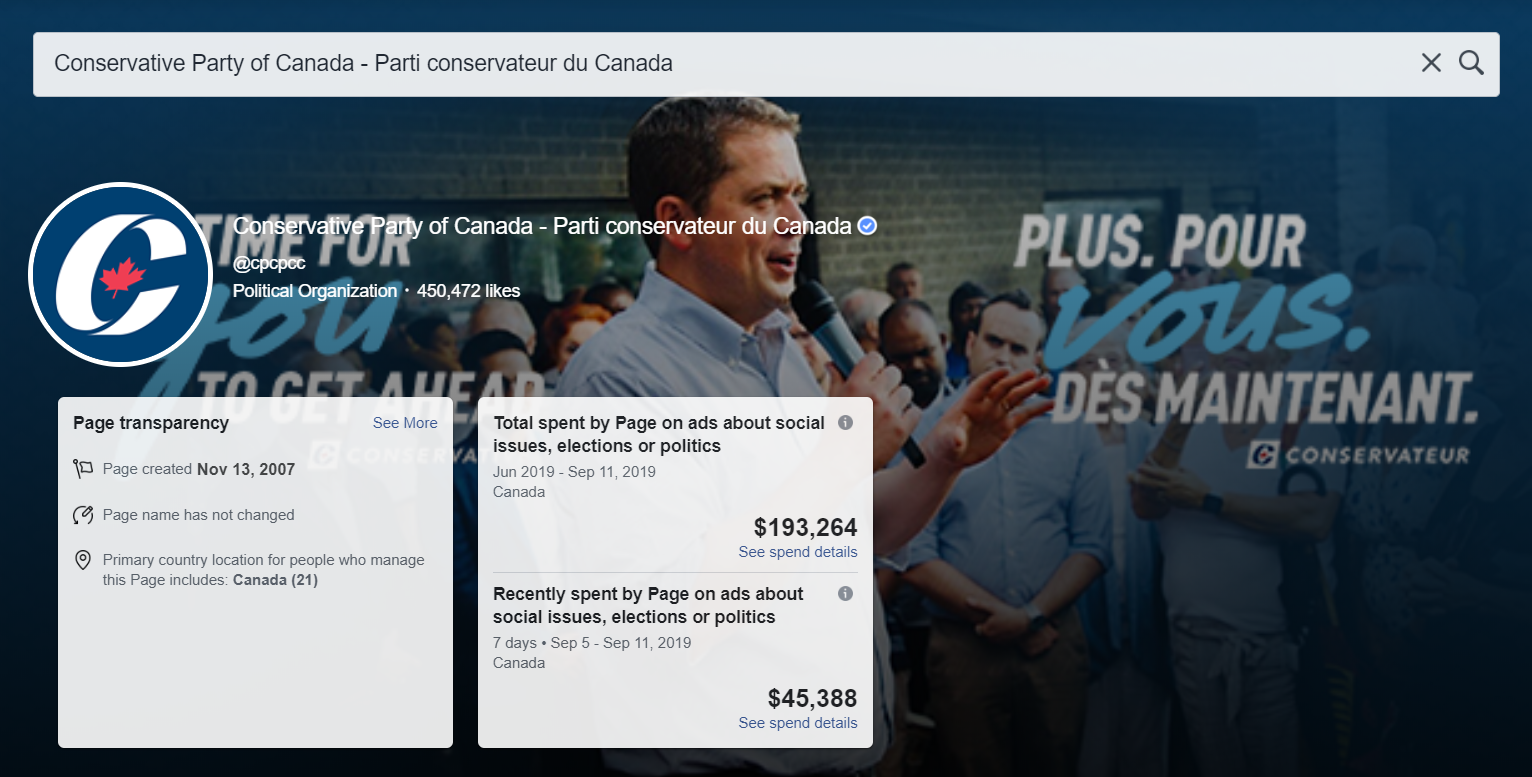 The Conservative Party of Canada spent just over $45,000 on Facebook advertising this week, bringing their total ad spend to $193,000 since June.

They continue to trail the Liberals in Facebook ad spending.

The latest video ad in the "Not As Advertised" campaign launched today, as the Conservatives continue to intensify their attacks on Justin Trudeau.

They depict Trudeau as a politician who will promise anything to get elected, highlighting broken promises on electoral reform, tax cuts, and balancing the budget.

The ad also highlights Justin Trudeau's involvement in the SNC Lavalin scandal, an issue that will likely remain a focal point as the election draws near. 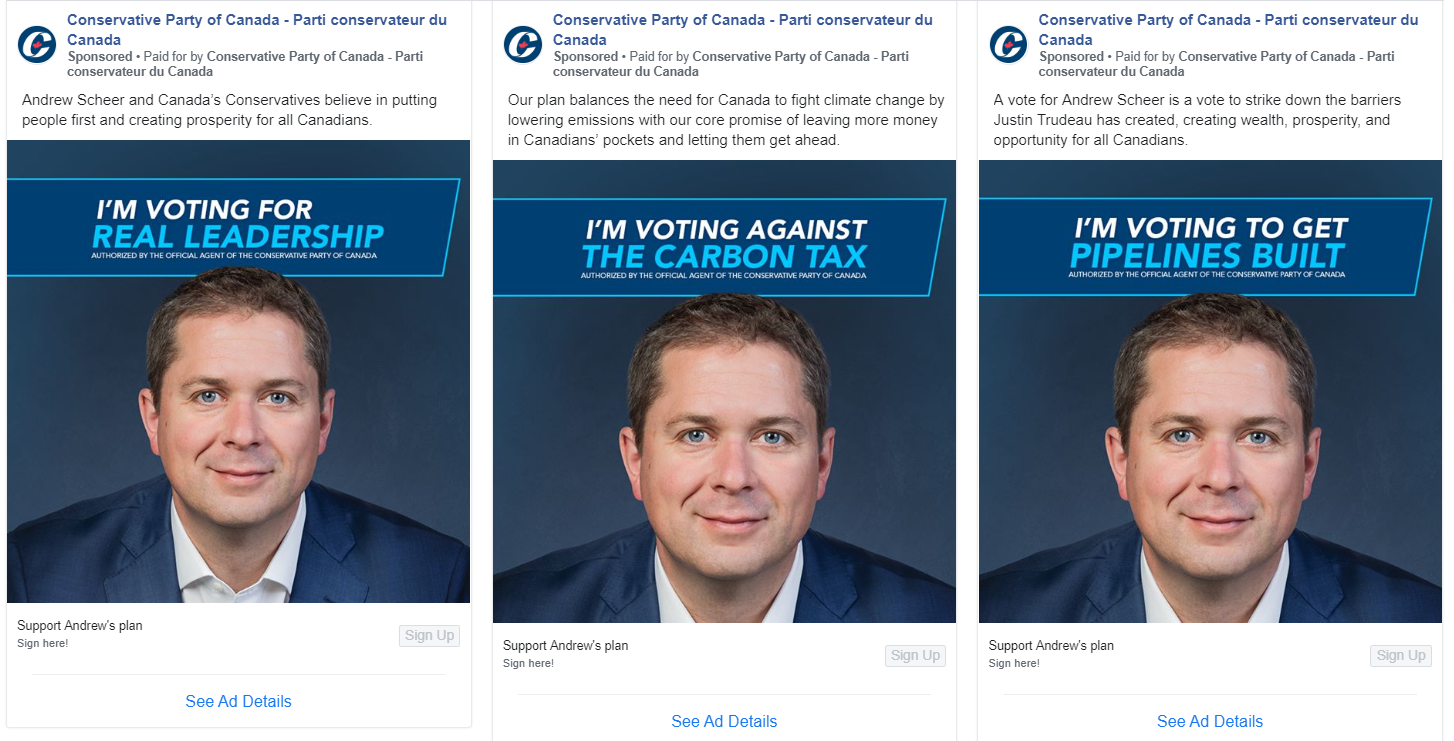 The Conservatives have also revamped their simple sign up ad campaign with new ad images and new ad copy.

The new design is an improvement over the previous campaign, and these ads will help the Conservatives determine which issues are most important to their supporters, while simultaneously setting them up for effective retargeting with future ads. 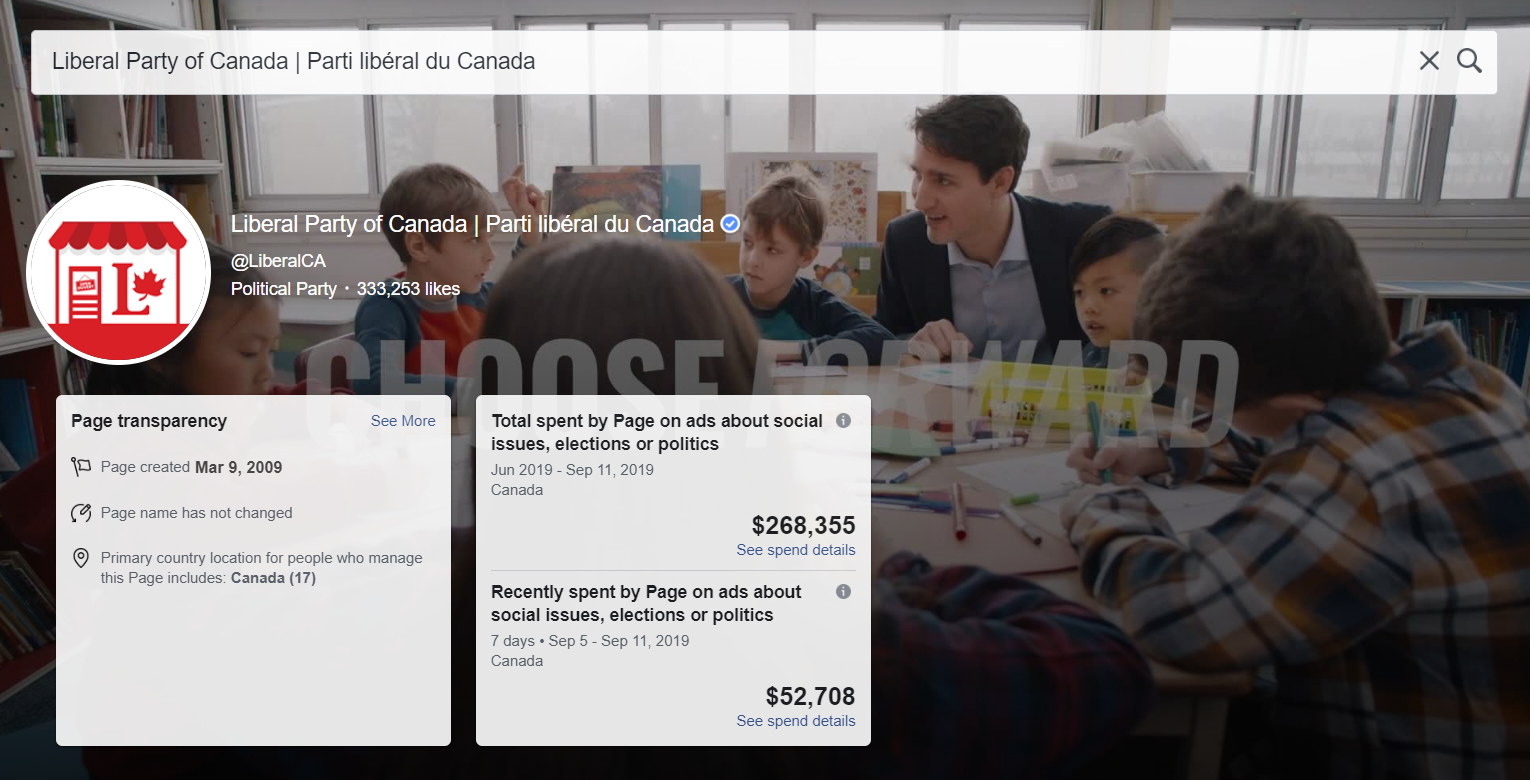 The Liberals continue to lead the charge on Facebook ad spending, spending over $52,000 this week and $268,000 since June.

The ads provide voters with a choice between "moving forward to build on the progress we've made" or "going back to the politics of the Harper years."

This contrast has been a common theme in Liberal ads, as they continue to try to depict Andrew Scheer as Harper 2.0. 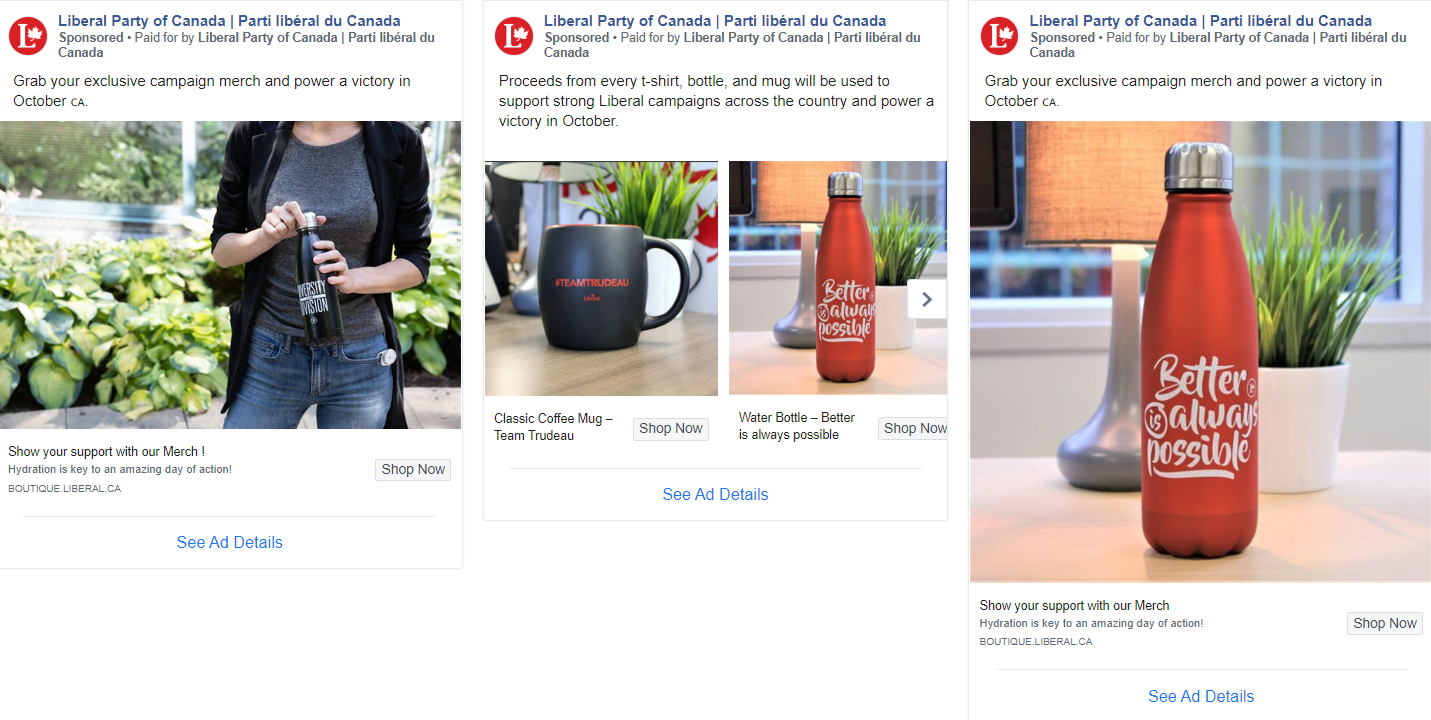 The Liberals have also rolled out advertisements for an on online shop for campaign merchandise.

They are currently the only party running these types of ads on Facebook.

Although they aren't catching up to the Conservatives and Liberals, the NDP have spent a respectable $30,500 on Facebook advertising over the past week.

This amounts to more than half of their total ad spend since June of this year.

The videos are 30 seconds in length and well put together. They stress that Jagmeet Singh and the NDP are different from the Liberals and Conservatives.

"Investing in healthcare, cutting costs for families, and tackling the climate crisis. Not just saying the right things, but actually doing them. Now that's different."

The ads seek to promote the NDP as a viable option for voters who are fed up with the status quo of broken promises.