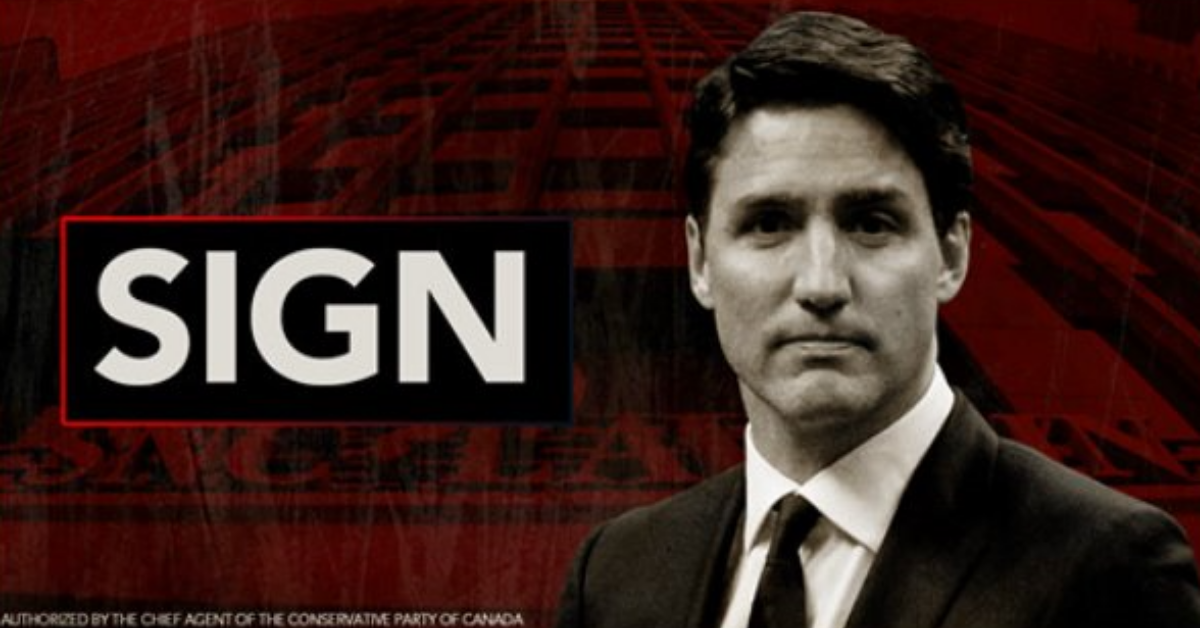 The Conservative Party of Canada doesn't want Canadians to forget about the SNC-Lavalin scandal - they continue to unveil new petition ads attacking Justin Trudeau on the issue.

The People's Party of Canada has also returned to the Facebook advertising scene promoting their own byelection candidate, Jennifer Clarke. 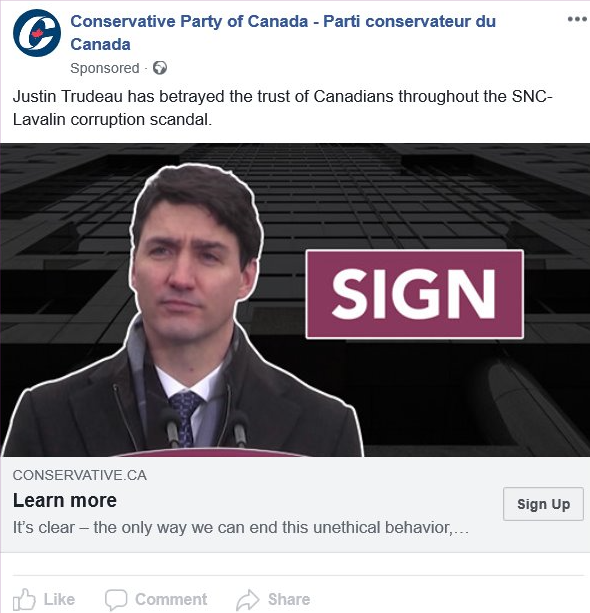 The Conservatives have launched a series of new petition ads targeting Justin Trudeau and the SNC-Lavalin scandal.

The ads feature simple and effective copy and a clear call to action. 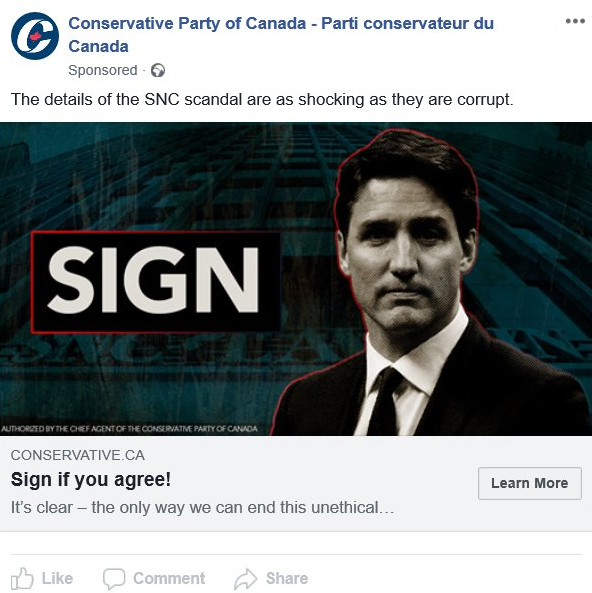 The new ads come in a variety of colour schemes. Which one makes Justin Trudeau look the most evil? 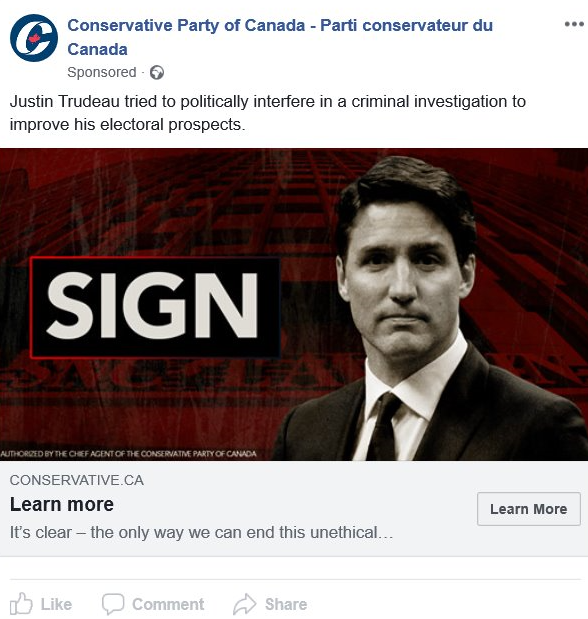 It is clear that the Conservatives have no intention of letting Canadians forget about the SNC-Lavalin scandal.

We will likely continue to hear about it right up until the election. 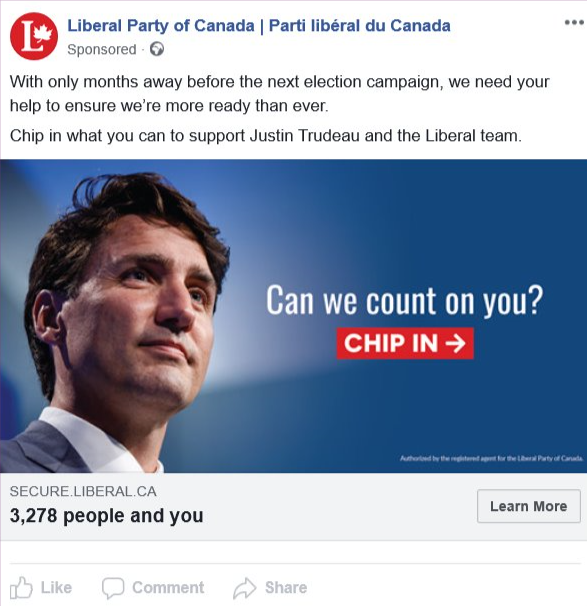 The Liberals have rolled out some new fundraising ads - the ad copy in this one may be a little awkward, but the messaging is simple, the ad image looks sharp, and the "Chip In" call to action is clear and effective. 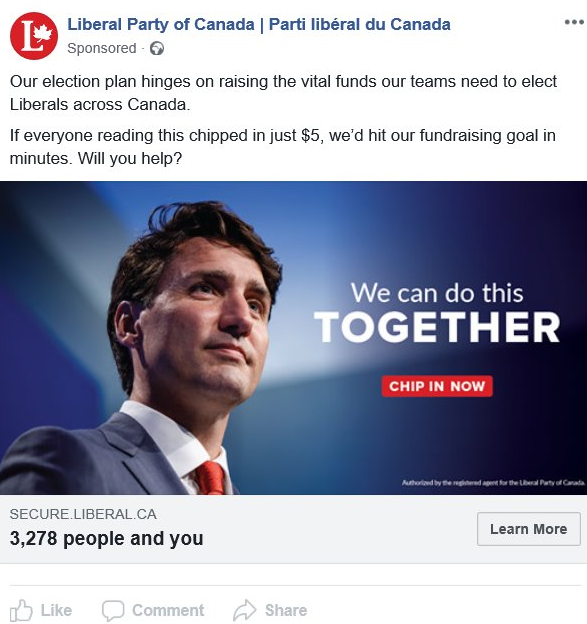 Another example of the new fundraising ads from the Liberal Party of Canada. All-around a very solid fundraising ad, although we are curious how they arrived at the 3,278 number. 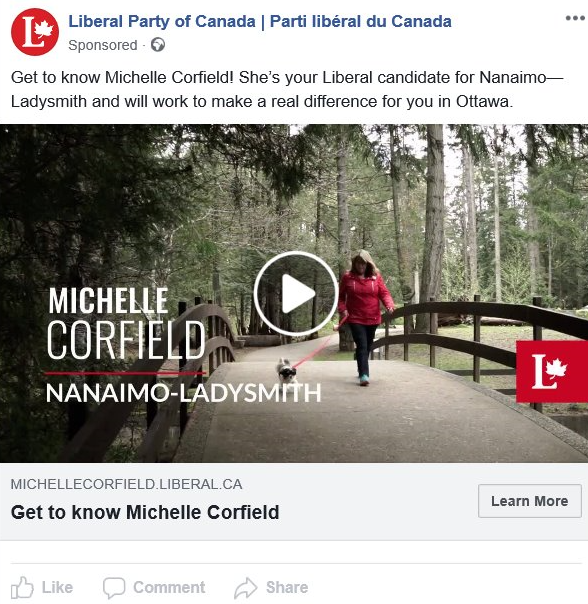 The Liberals have also launched a 1 minute video ad promoting Michelle Corfield, their candidate for Nanaimo-Ladysmith.

The byelection will be held on May 6, and the Liberals and PPC are currently the only parties promoting their candidates with Facebook ads. 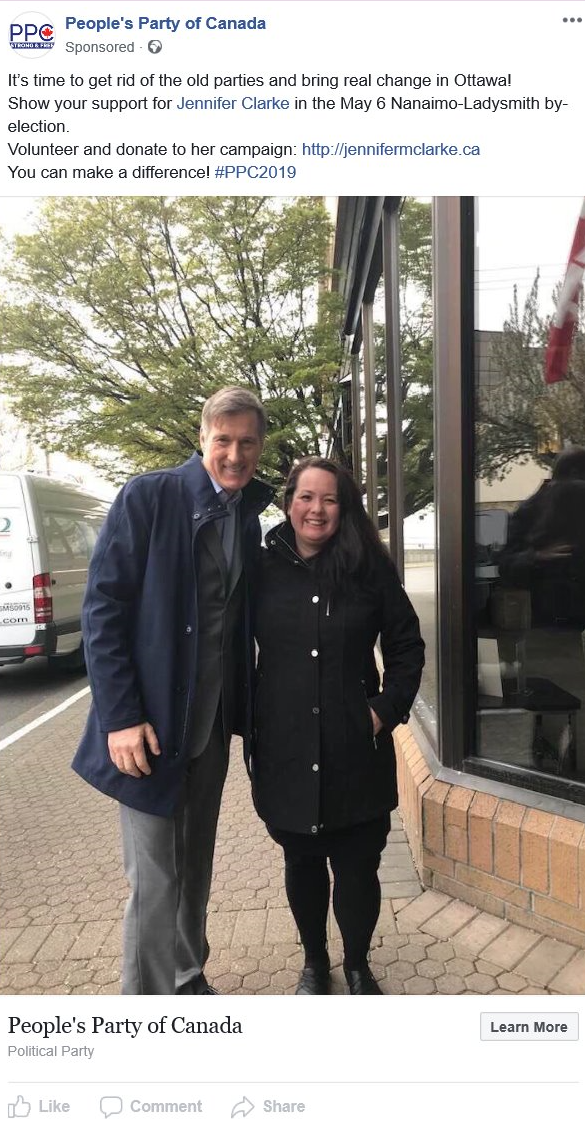 The PPC returns to the Facebook advertising scene this week, promoting Jennifer Clarke in the upcoming Nanaimo-Ladysmith byelection. 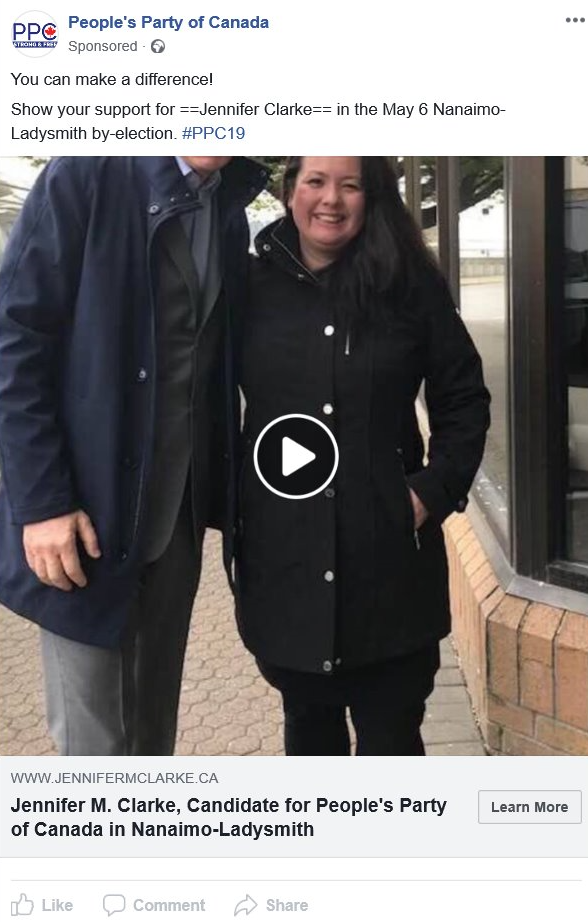 The PPC video ad promoting Jennifer Clarke is short and simple - 8 seconds long, featuring the message "Strong and free has a cost... Vote!"

You can see all of the active People's Party of Canada ads here.

(Copied and pasted from last week, no changes) 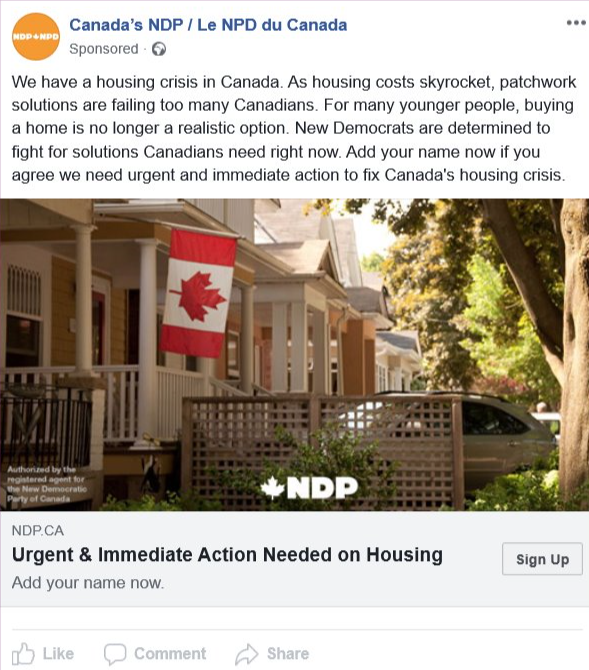 After a brief round of fundraising advertisements at the end of March, the NDP are back to exclusively running this housing crisis ad.

Once again their Facebook ads are overdue for a refresh.