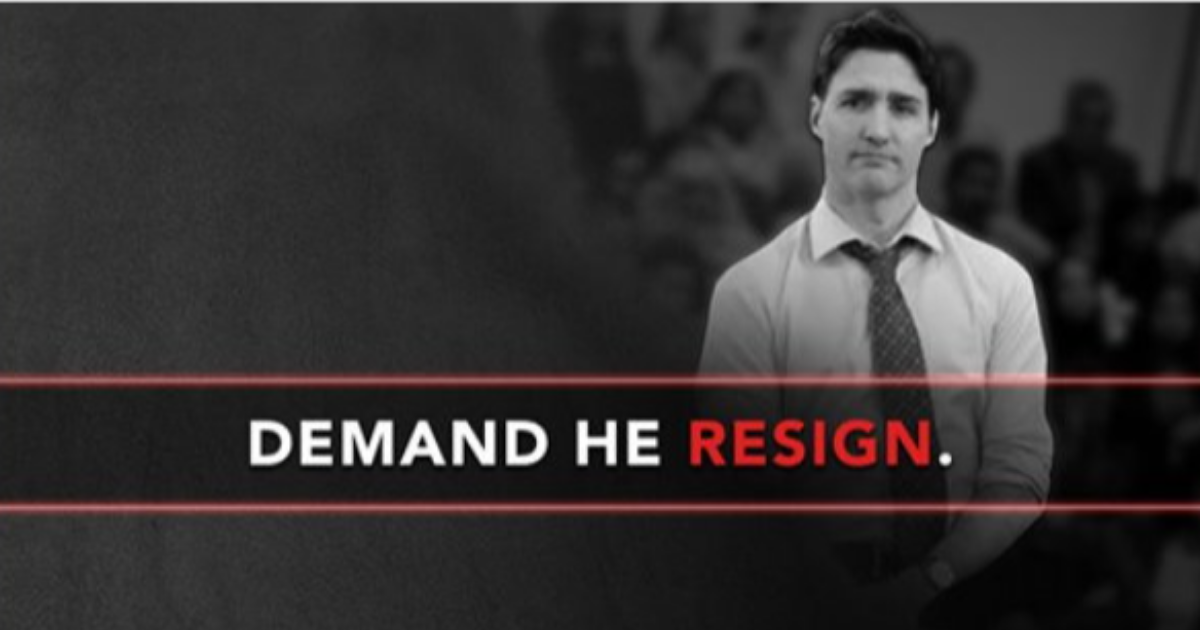 The Conservatives have upped the ante with their latest round of attack ads covering the SNC-Lavalin scandal.

They have now started a petition calling for Justin Trudeau to resign.

Meanwhile the Liberals have simplified their ads approach for the time being, running only simple sign up ads and a promotion for an upcoming breakfast in Charlottetown, PEI.

The NDP are still only running 1 Facebook ad addressing the housing crisis.

Stay up to date with all of the Facebook ads from all of the major parties. 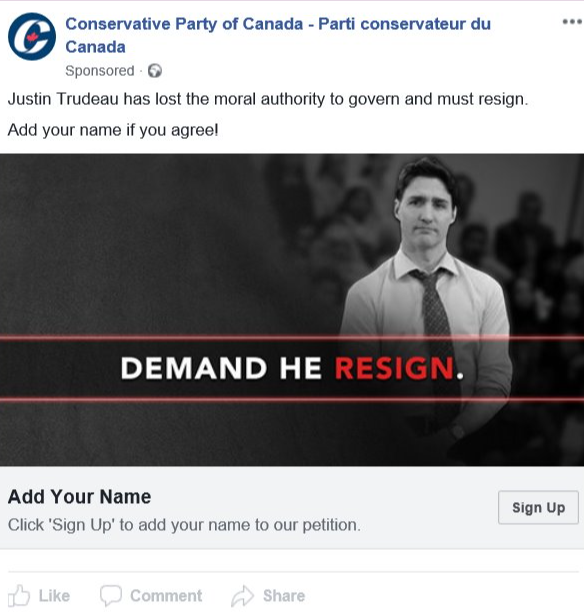 The biggest move this week comes from the Conservatives in the wake of the SNC-Lavalin scandal.

"Justin Trudeau has lost the moral authority to govern and must resign." 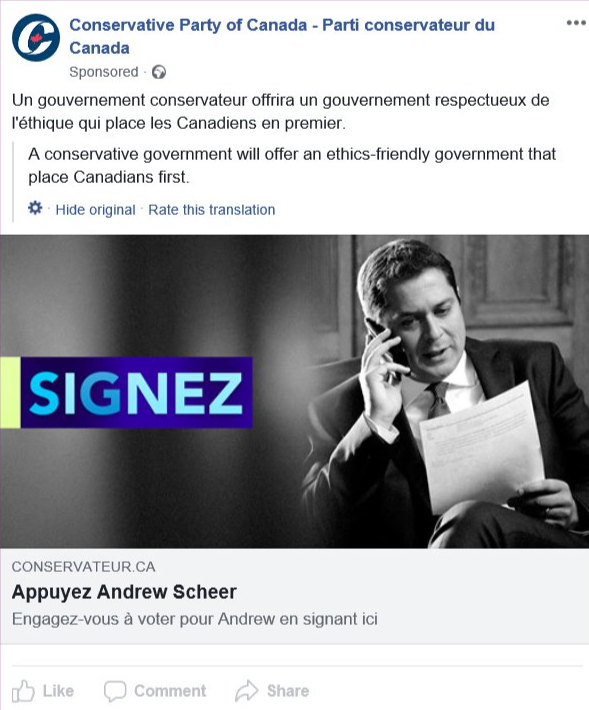 The Conservatives are casting themselves as a more ethical alternative to the current Trudeau government.

This ad may not explicitly mention the SNC Lavalin scandal, but the timing is no coincidence. 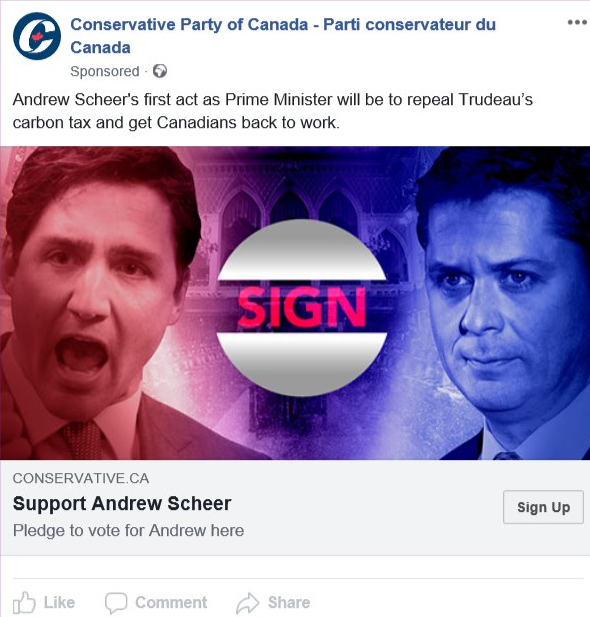 Another new simple sign up ad from the Conservatives, this time taking aim at the carbon tax.

Issues-based ads like this one help to segment your audience for retargeting - if you sign up, expect to get more emails about repealing the carbon tax.

The Liberals have taken down their fundraising ads, toned down their attacks on the Conservatives, and are now focusing on simple sign up ads.

It has been a rough week for the Liberals, and they are taking a more subdued approach to their Facebook advertising at the moment. 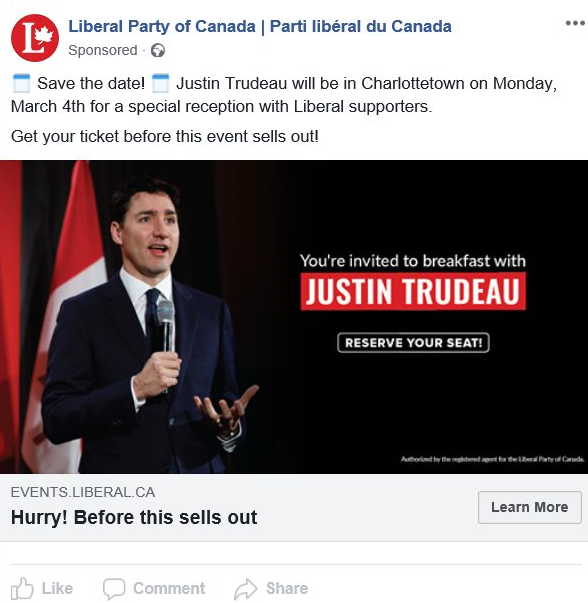 The only new ads we see from the Liberal party this week are promoting a breakfast with Justin Trudeau in Charlottetown on March 4th.

Using Facebook's location based targeting for events of this nature can be a very effective way to publicize local events. 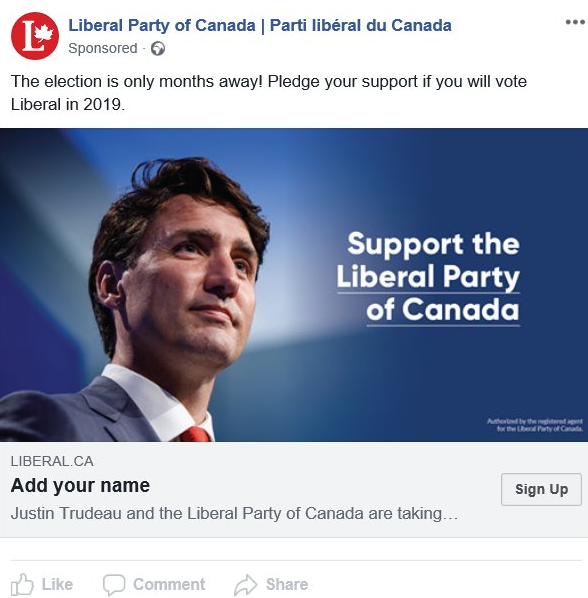 An example of the simple sign up ads being run by the Liberals at the moment.

Very concise, simple messaging designed to create a sense of urgency ("The election is only months away!"). 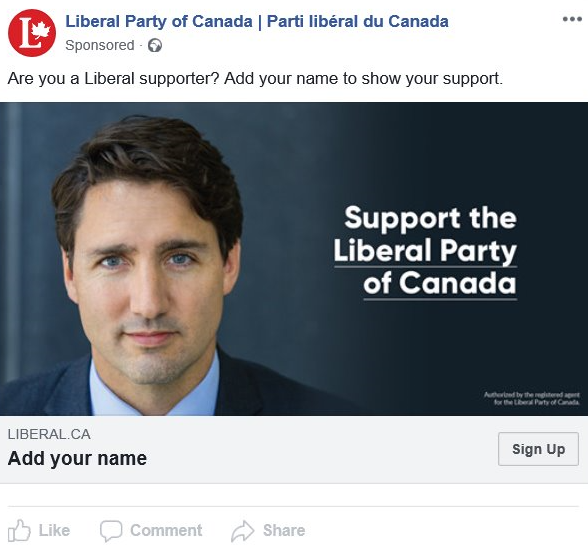 Another simple ad from the Liberals as they continue to grow their email lists.