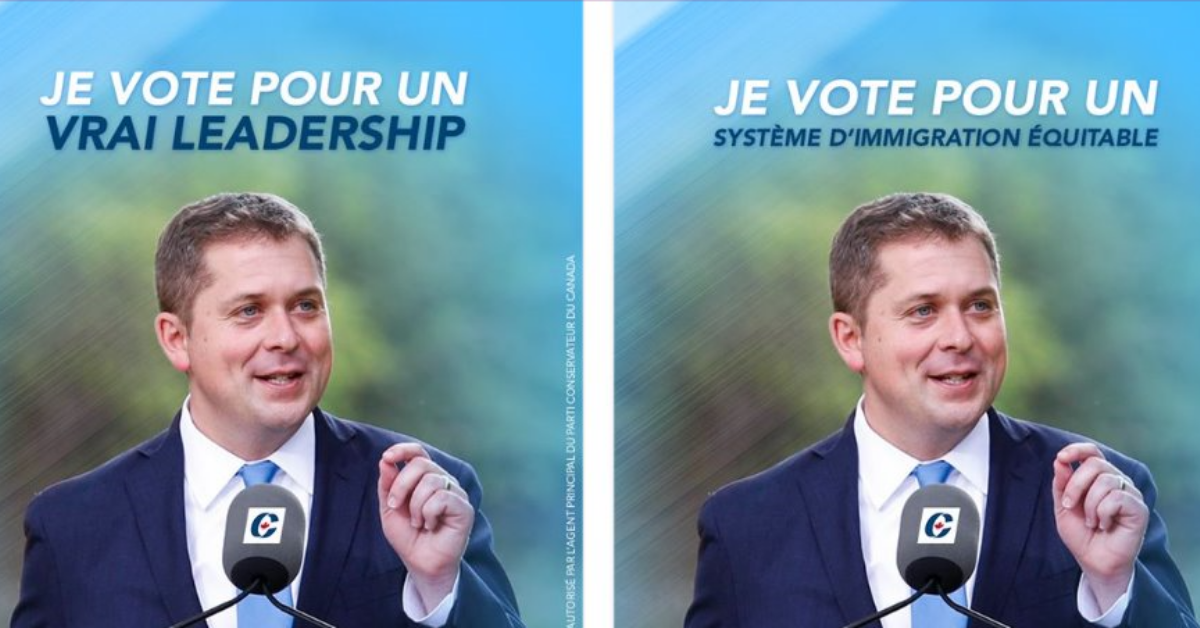 The Conservatives and the Liberals have both increased their targeting of French Canadian voters this week.

Both parties have translated ad campaigns that were previously only running in English.

The Conservatives are once again focused on collecting data on voter motivation, trying to determine which issues are resonating most with supporters.

They have now translated this campaign into French, which they had previously neglected to do.

This will give them very useful information for future targeting for French language ads.

The Liberals have renewed their focus on simple sign up ads, as well as their "Stop Conservative Cuts" campaign this week.

However, their new French language ads are all fundraising ads.

The Liberals recently finished a run of English fundraising ads, but that campaign did not target French speaking voters.

Both the Liberals and Conservatives seem to be making a greater effort this week to release more French language ads, but they often seem to be an afterthought, coming well after the release of similar English language ads.