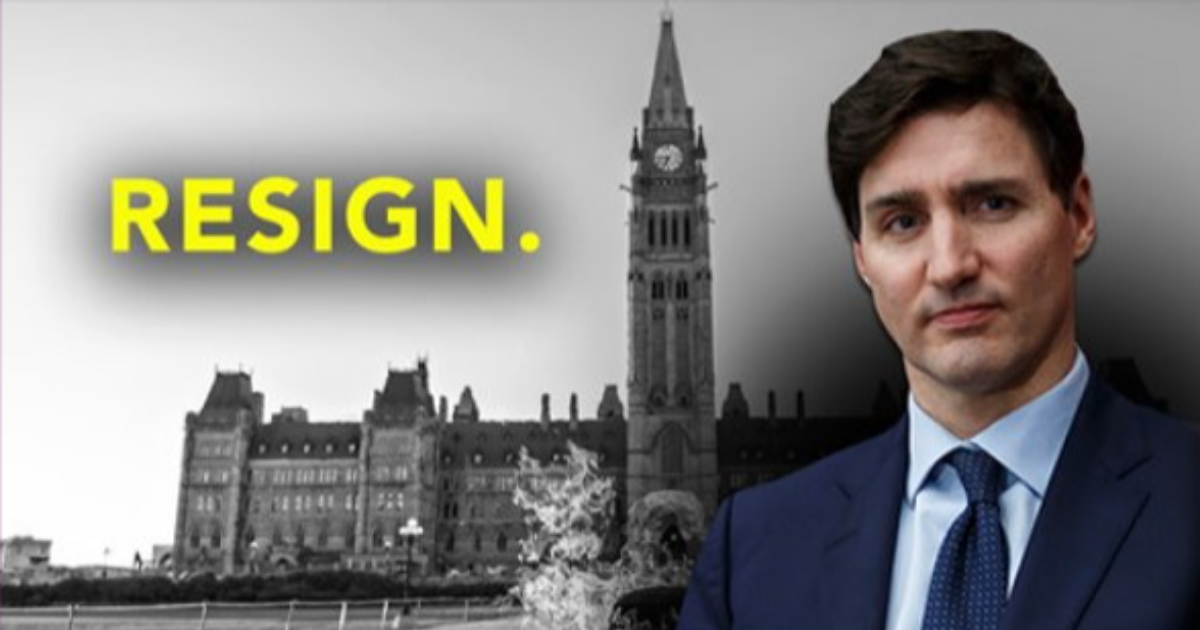 The Conservatives have unleashed a barrage of new attack ads demanding Trudeau's resignation.

They are currently running 20 ad variations on the SNC-Lavalin scandal alone!

The NDP are not offering anything new this week, and the People's Party of Canada is not running any Facebook ads at the moment.

Stay up to date and check out the current ads below! 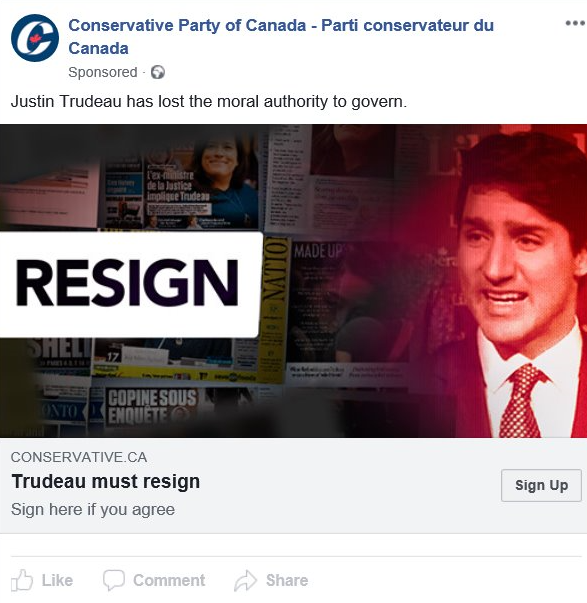 This is the first time we have seen a "RESIGN" button on a Facebook ad - it is certainly eye-catching.

The Conservatives rolled out a few similar ads last week, and they must have been effective, as they have doubled down and increased to 20 ads on the topic. 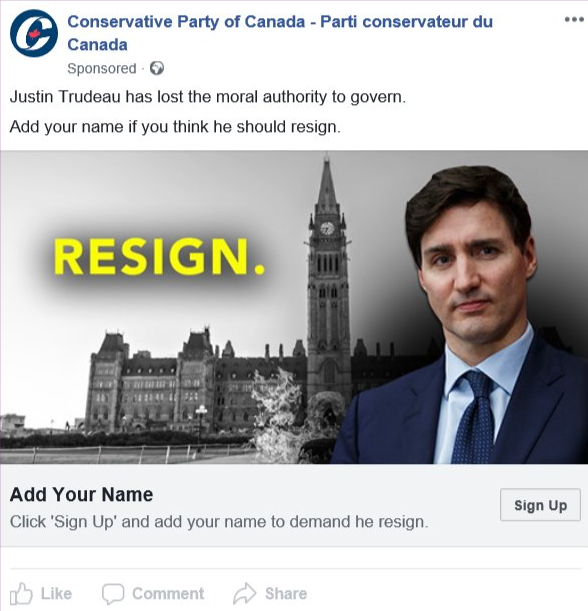 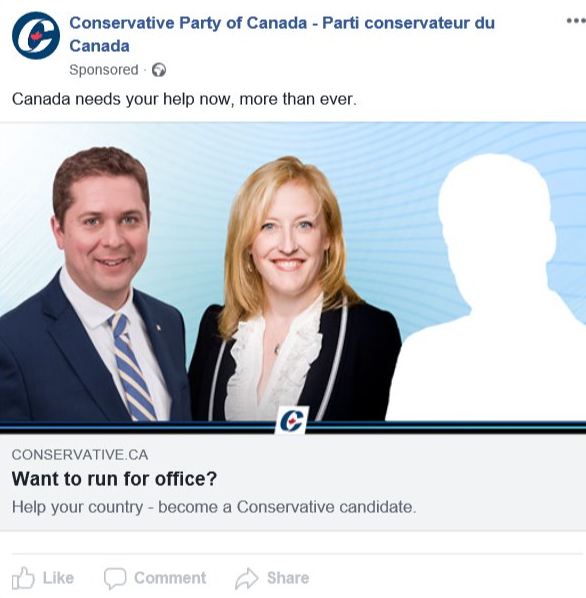 The only new ad that is not a "RESIGN" ad this week, the Conservatives are seeking candidates to run for office.

The Liberals continue to take a subdued approach to their advertising, which makes sense in light of recent events.

They are now exclusively running simple sign up ads. 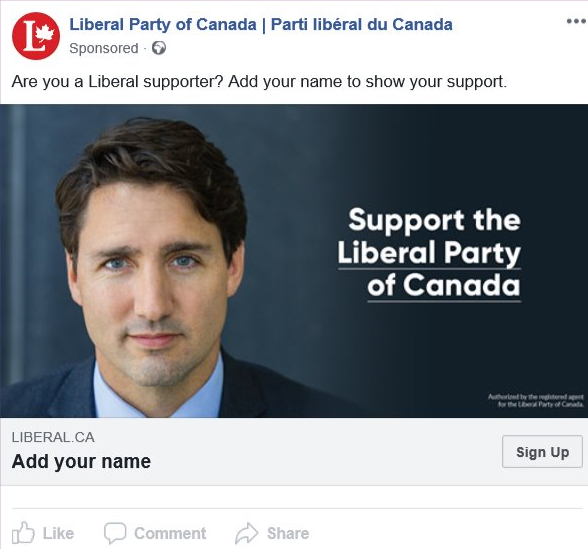 No changes from the Liberals this week - they continue to run their tried and true simple sign up ads. 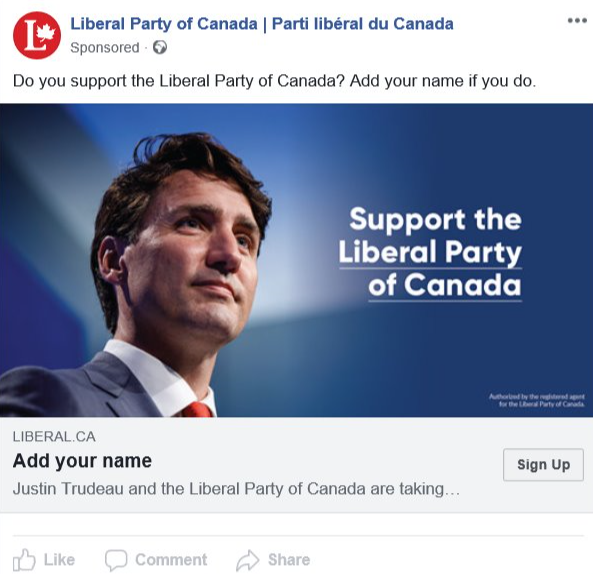 All of the Liberal sign up ads are clear and concise in their messaging, with an obvious call to action. 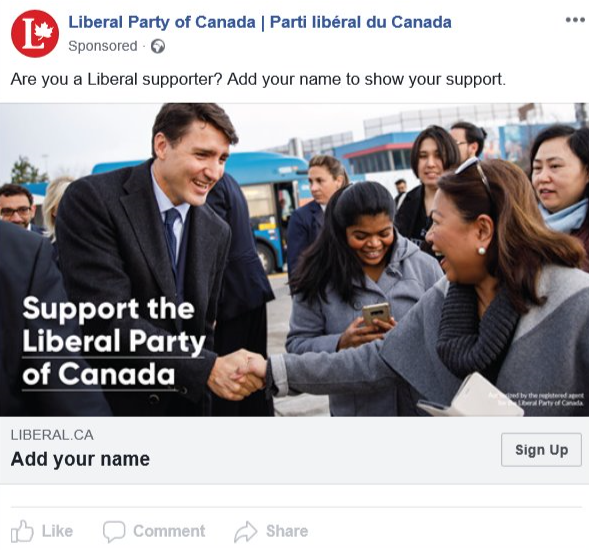 Ads like these are a staple for growing your supporter list - they are simple and they work.

Copied and pasted from last week's post as nothing has changed on the NDP front for over a month now.