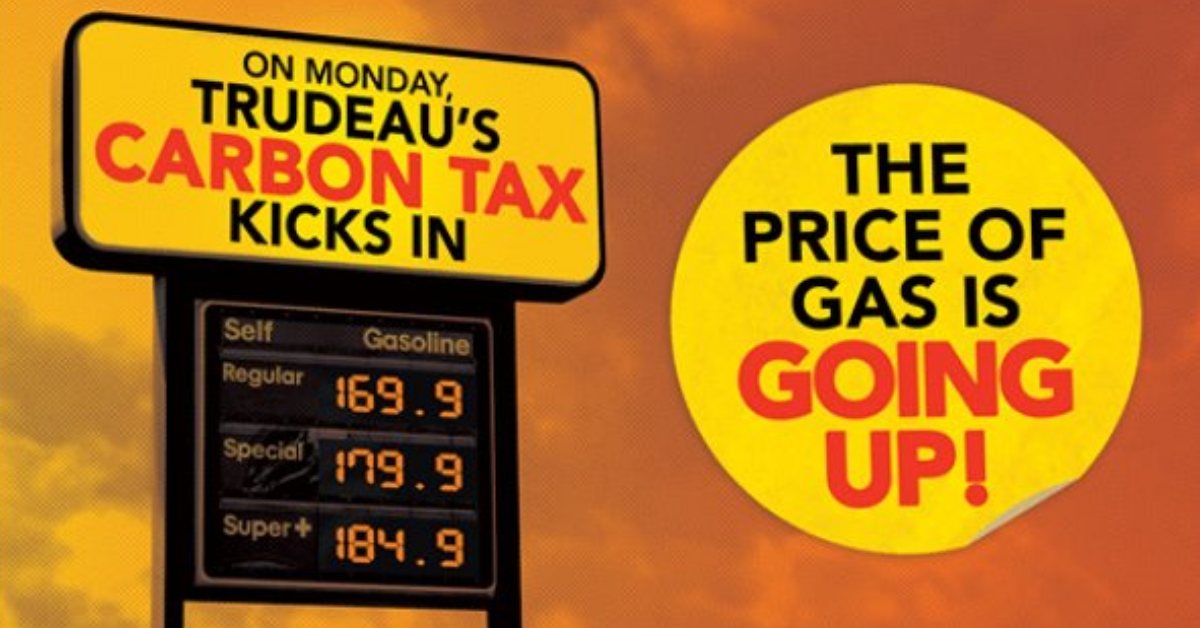 The Conservative Party of Canada has launched a new campaign against the carbon tax, ahead of the April 1, 2019 start date for the federal carbon charge.

Meanwhile the Liberals and NDP have unveiled new fundraising ads as they push to reach end of quarter fundraising goals by March 31. 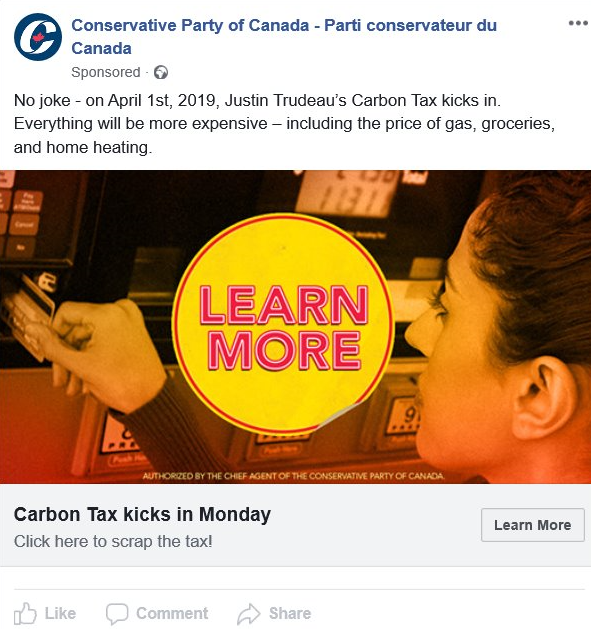 "Everything will be more expensive"

The Conservatives have launched another campaign blasting the Liberal carbon tax.

This is sure to be one of the main talking points ahead of the upcoming election. 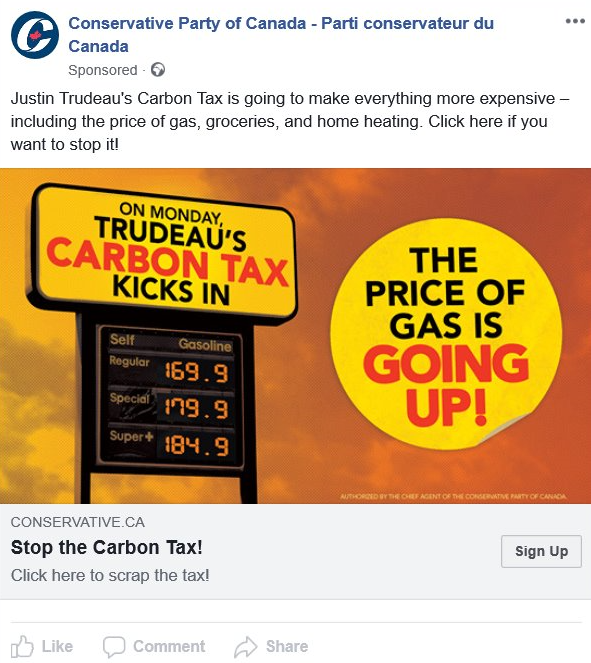 This ad image depicts regular gas selling for 169.9 - it will be interesting to see how much gas prices actually increase after the federal carbon tax kicks in on Monday.

The call to action is simple and effective - "Stop the Carbon Tax!" 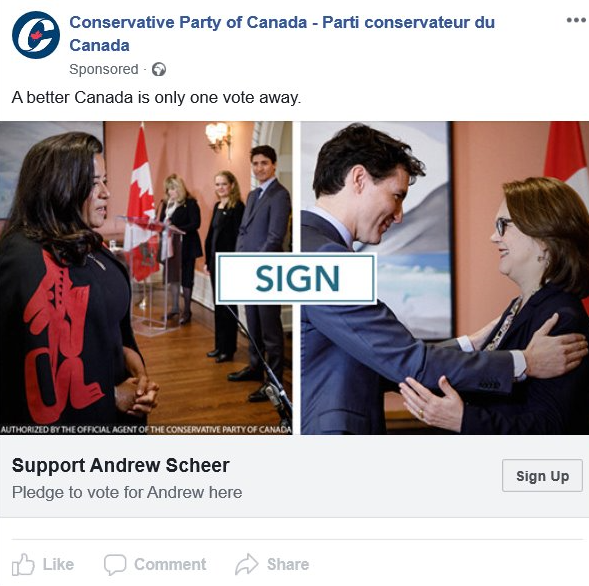 Apart from the new anti-carbon tax ads, the Conservatives have also rolled out new simple sign up ads.

The ad image takes aim at Trudeau and the Liberals over the SNC Lavalin scandal, but the ad copy is simple - "A better Canada is only one vote away." 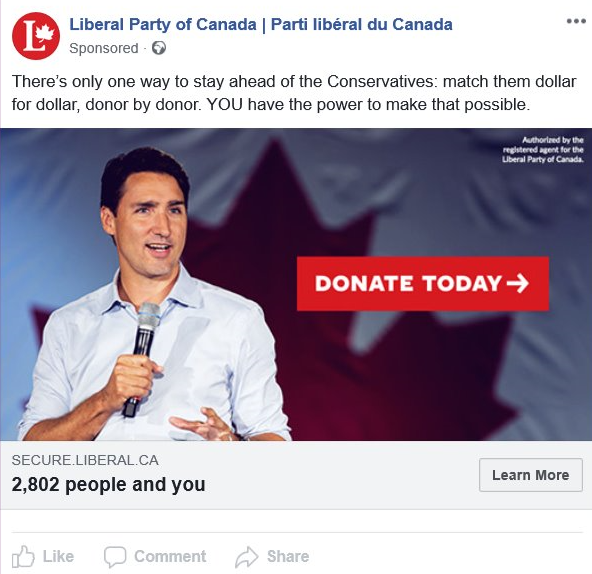 The Liberal Party is focusing on fundraising this week as the first quarter of 2019 draws to a close.

Fundraising ads work best when they create a sense of urgency - this ad does so by calling on supporters to match the Conservatives, "dollar for dollar, donor by donor." 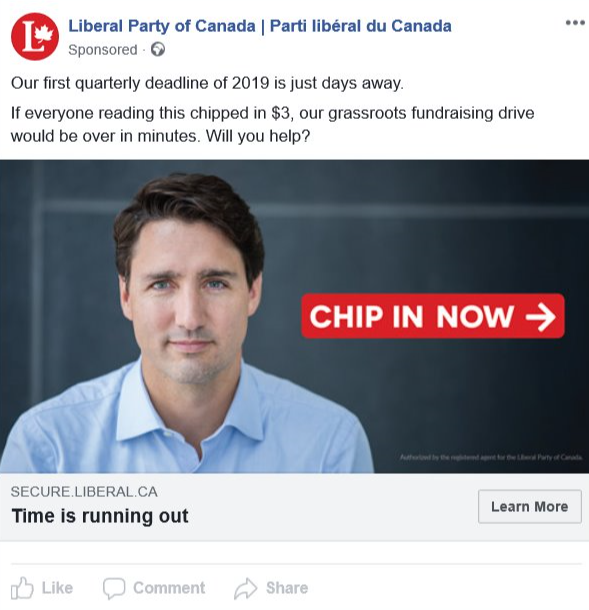 Another new fundraising ads from the Liberal Party - we suspect this one will be their most effective.

Asking for small donation amounts, and using the language "chip in" typically leads to better results from fundraising ads.

This ad uses a different strategy to create a sense of urgency - time sensitivity. The headline is "Time is running out" and they state that their first quarter deadline is only days away. 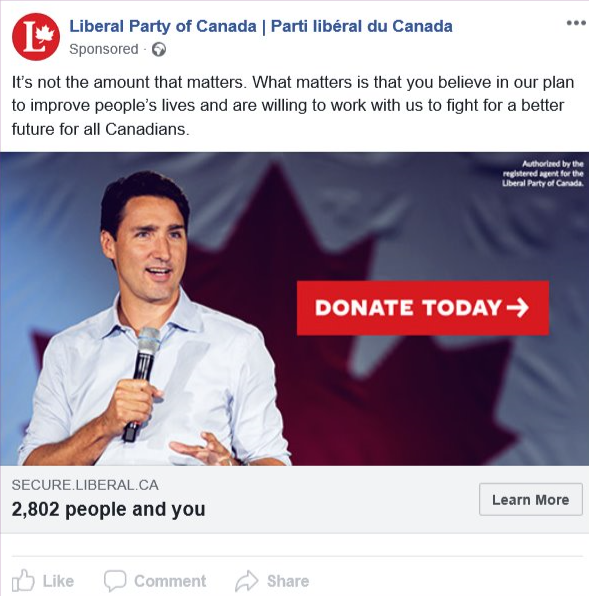 We believe that this fundraising ad will be the least effective in their end of quarter campaign.

The ad fails to generate a strong sense of urgency, and the call to action is less clear. 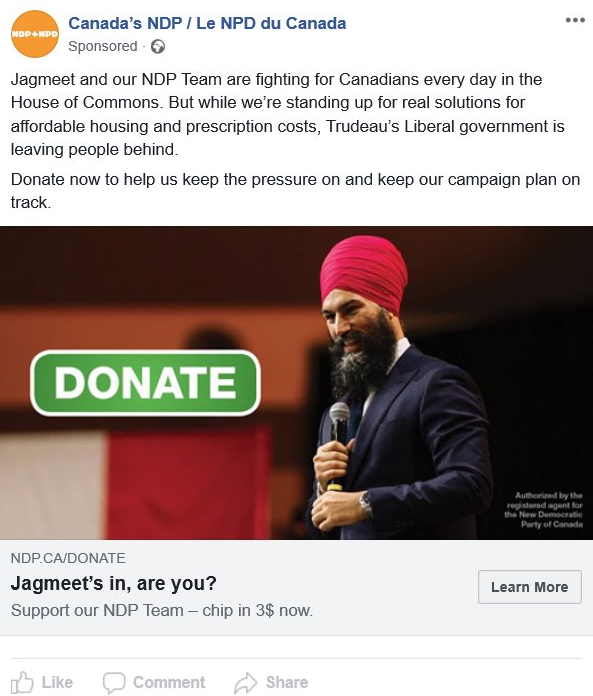 The NDP have finally launched a new ad campaign on Facebook - like the Liberals, they are fundraising to meet their end of quarter goals.

The call to action is clear, and again we see the wording "chip in." The only thing missing is a strong sense of urgency. 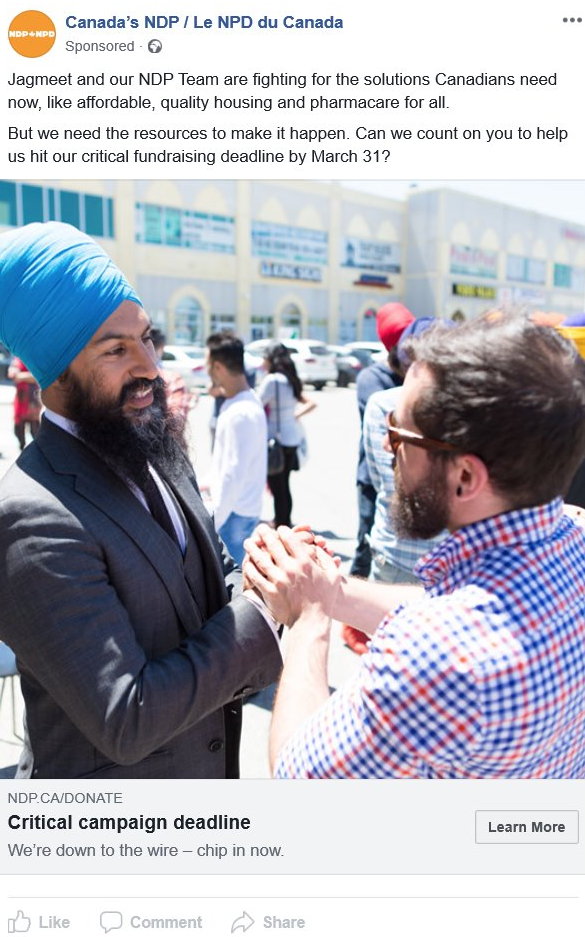 Another new fundraising ad from the NDP.

They use simple and effective language to convey a sense of urgency - "Critical campaign deadline" and "We're down to the wire - chip in now." 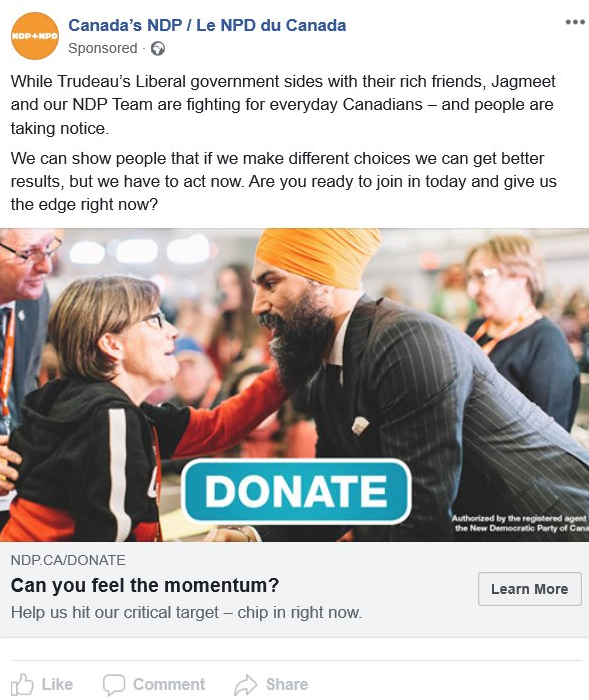 This NDP fundraising ad ticks all of the boxes:

Sense of urgency? "Help us hit our critical target - chip in right now."

Ad copy that will resonate with supporters? "While Justin Trudeau's Liberal government sides with their rich friends, Jagmeet and our NDP team are fighting for everyday Canadians"

This is a solid example of an effective fundraising ad.