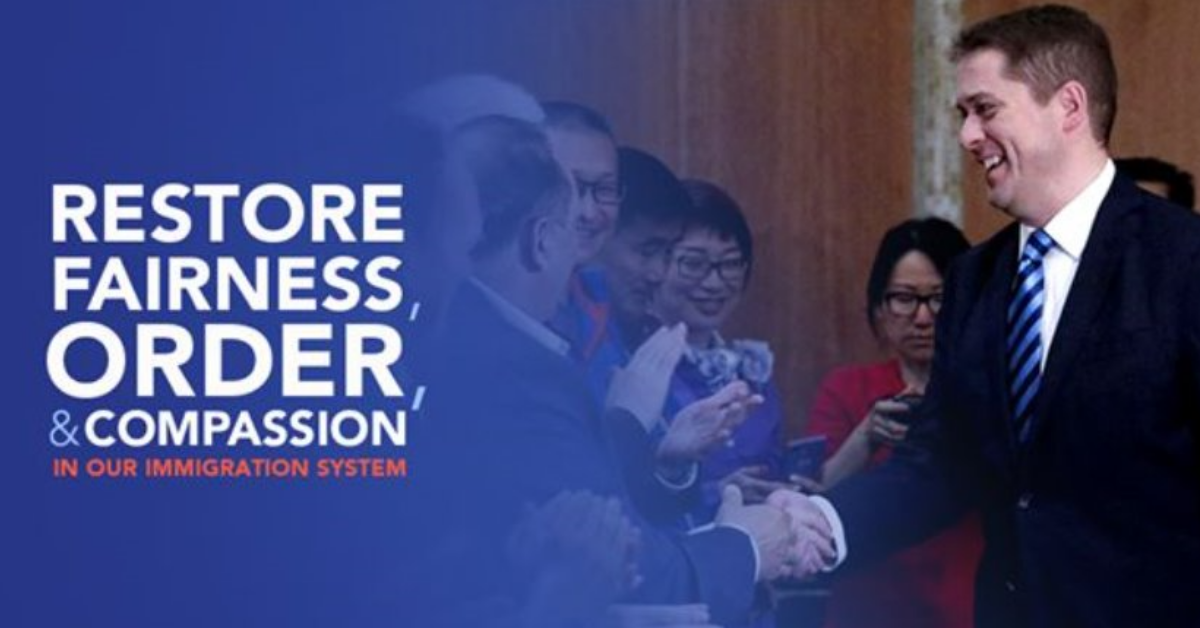 The Conservatives have started the month of June with a new set of ads promoting their plans to change the immigration system.

Meanwhile the Liberals have launched new ads touting their record on job creation and poverty reduction since 2015.

The NDP also have a new advertisement this week, outlining their "New Deal for Canada." 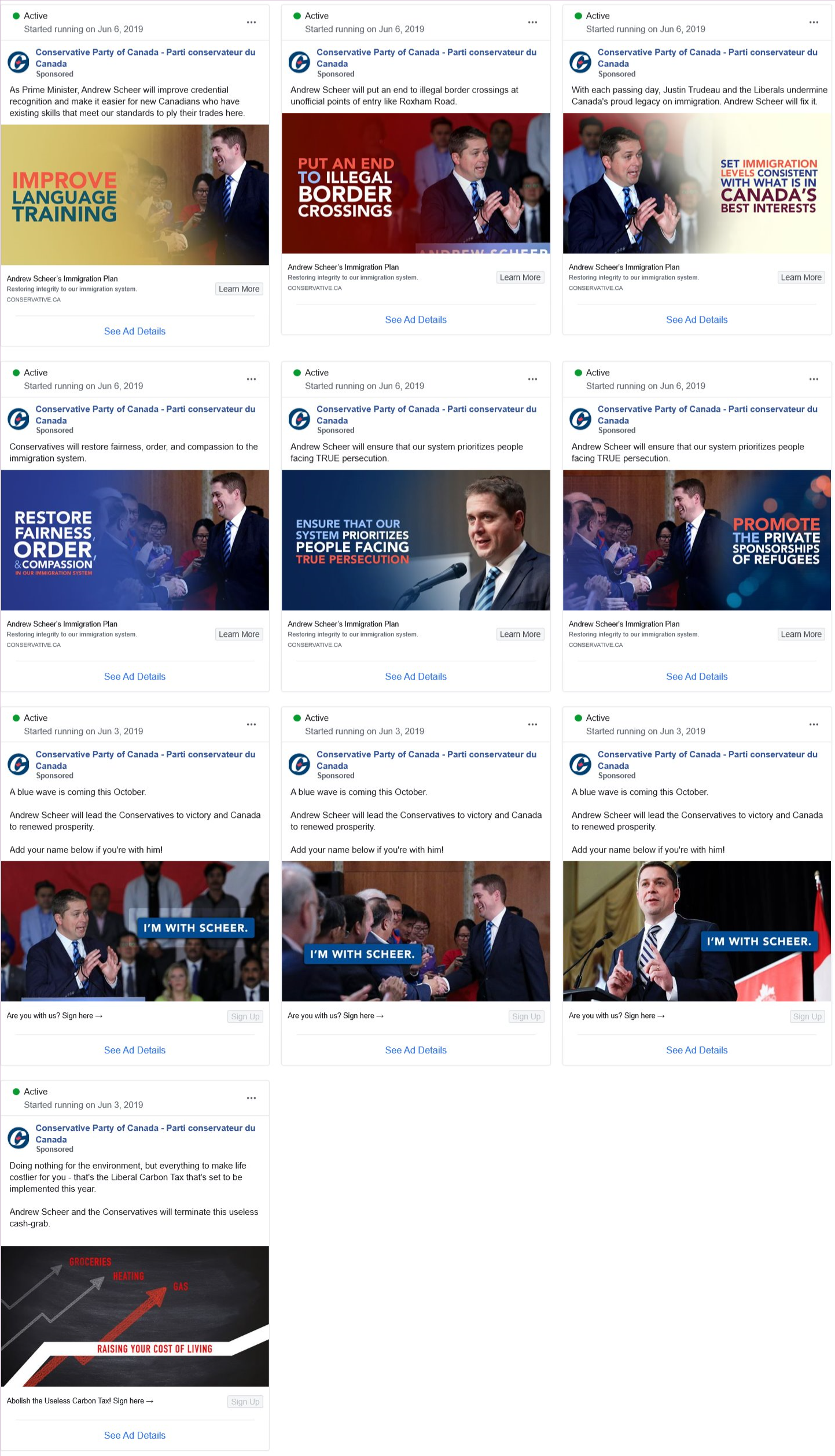 The Conservatives have been busy during the first week of June:

6 new ads on immigration, 3 new simple sign up ads, and a revamp to the old "Abolish the Useless Carbon Tax" ad.

The immigration ads utilize a number of different strategies, from "improve language training" to "restore fairness, order, and compassion" to "put an end to illegal border crossings."

It will be interesting to see which of these ads will resonate most with Conservative supporters.

The new simple sign up ads all feature the same ad copy, just with different images. The message is clear - "A blue wave is coming this October."

The call to action is clear, and repeated multiple times, asking viewers to sign up if they support Andrew Scheer.

These ads are a simple and effective way to build your email list and retarget supporters in the future. 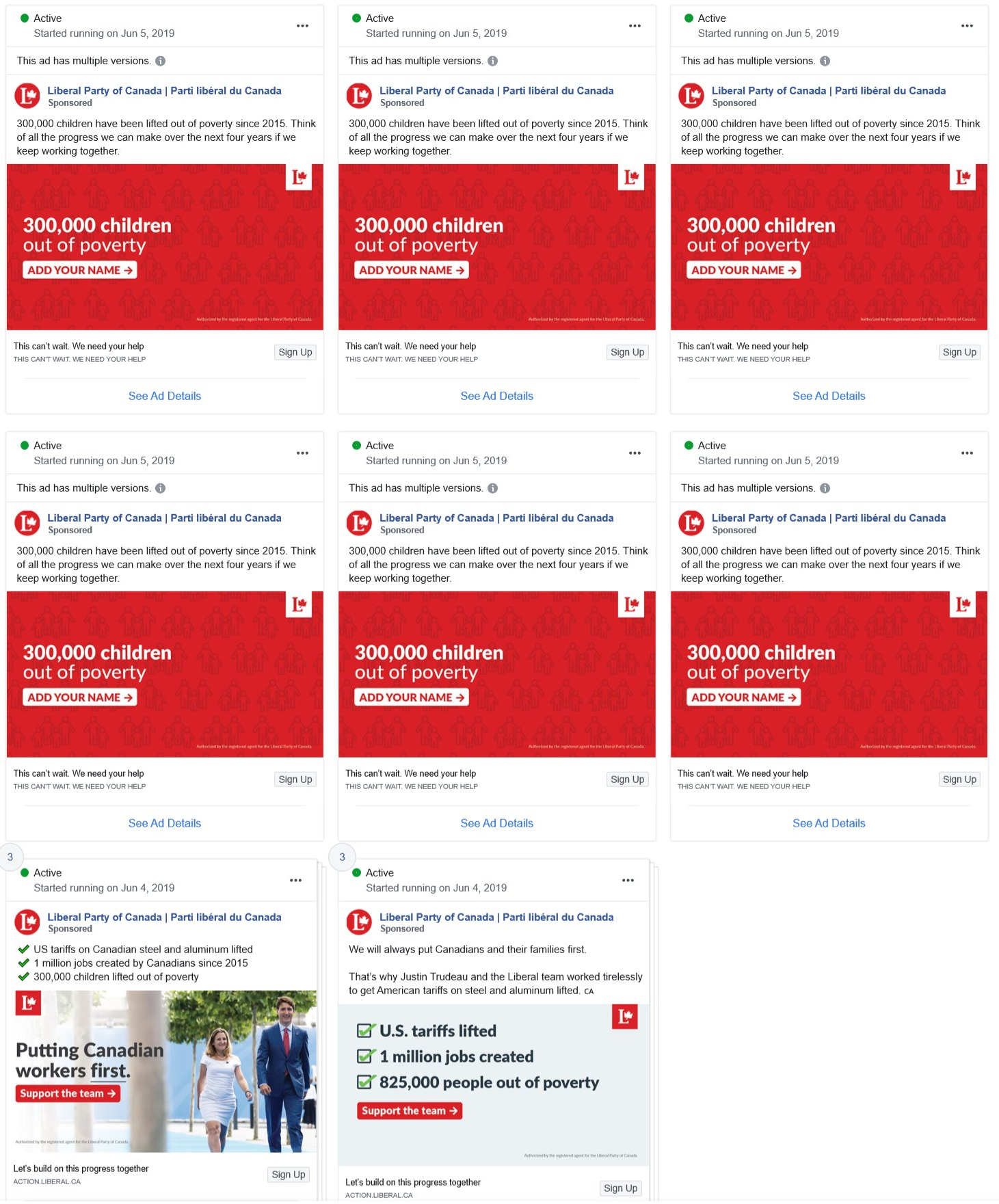 The latest round of Facebook ads from the Liberal Party puts the focus on poverty reduction, job creation, and getting US tariffs lifted on Canadian steel and aluminum.

The "300,000 children out of poverty" ads are simple and attention-grabbing, and the call to action "This can't wait. We need your help." conveys a strong sense of urgency.

You may also notice the "this ad has multiple versions" disclaimer from Facebook on many of the Liberal advertisements.

This notice is absent from the NDP and Conservative ads, and suggests the Liberal advertising team may be doing more A/B testing and utilizing more targeting methods to optimize their ad campaigns. 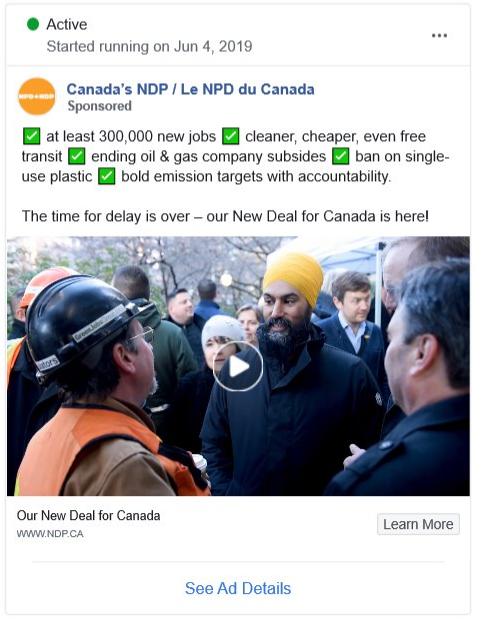 Once again just one ad from the NDP this week - a new video ad outlining their "New Deal for Canada."

The video focuses on climate change. It states that we are living on a planet that could become unlivable in our lifetime, and claims that Trudeau and the Liberals delay with empty talk, while Scheer and the Conservatives deny that the problem exists.

The video ends with Jagmeet Singh - "We can tackle the climate crisis with a plan that's better for people."