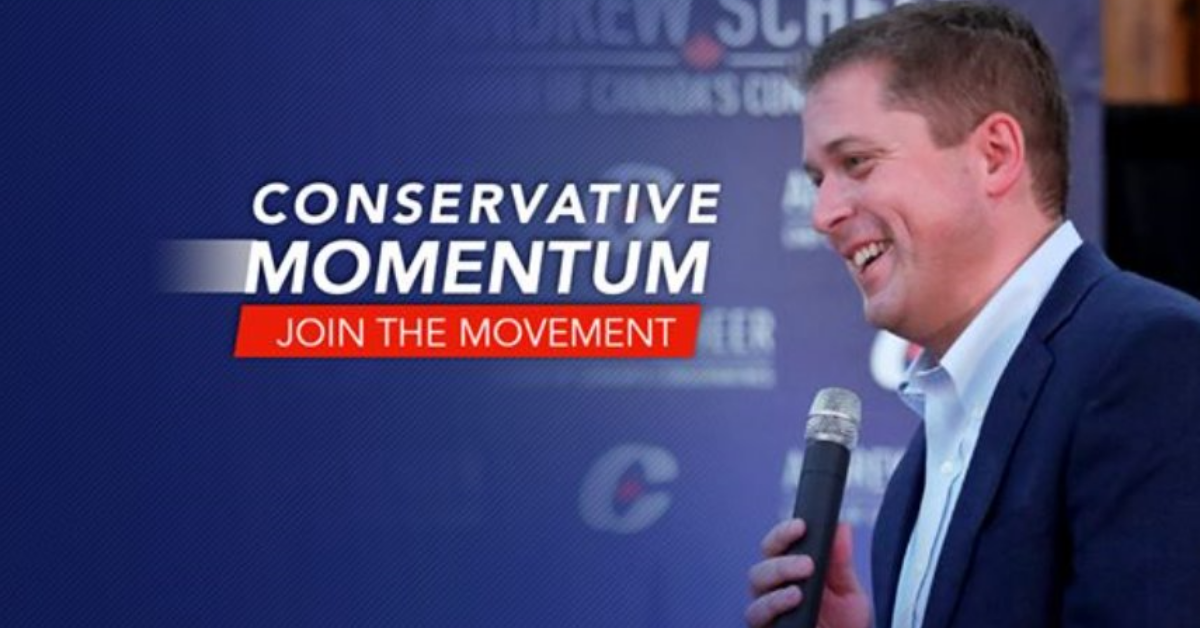 The Conservatives have launched a series of new video attack ads, using the slogan "Justin Trudeau - Not as advertised."

Is anyone else having flashbacks to the "Just Not Ready" ads from the 2015 election?

Meanwhile the latest ads from the Liberals are focused on "stopping conservative cuts."

The NDP have finally launched 2 new Facebook ads - one calling for lower cellular fees for Canadians, and a french language ad focused on climate change.

As a result, you must use their new ad library to view ads. The good news is the ad library provides even greater ad transparency than we have had in the past.

You can now see the date that ads started running, and view active ads as well as inactive ads that have run in the past.

In the near future we will also be able to see how much the parties are spending on their ads. 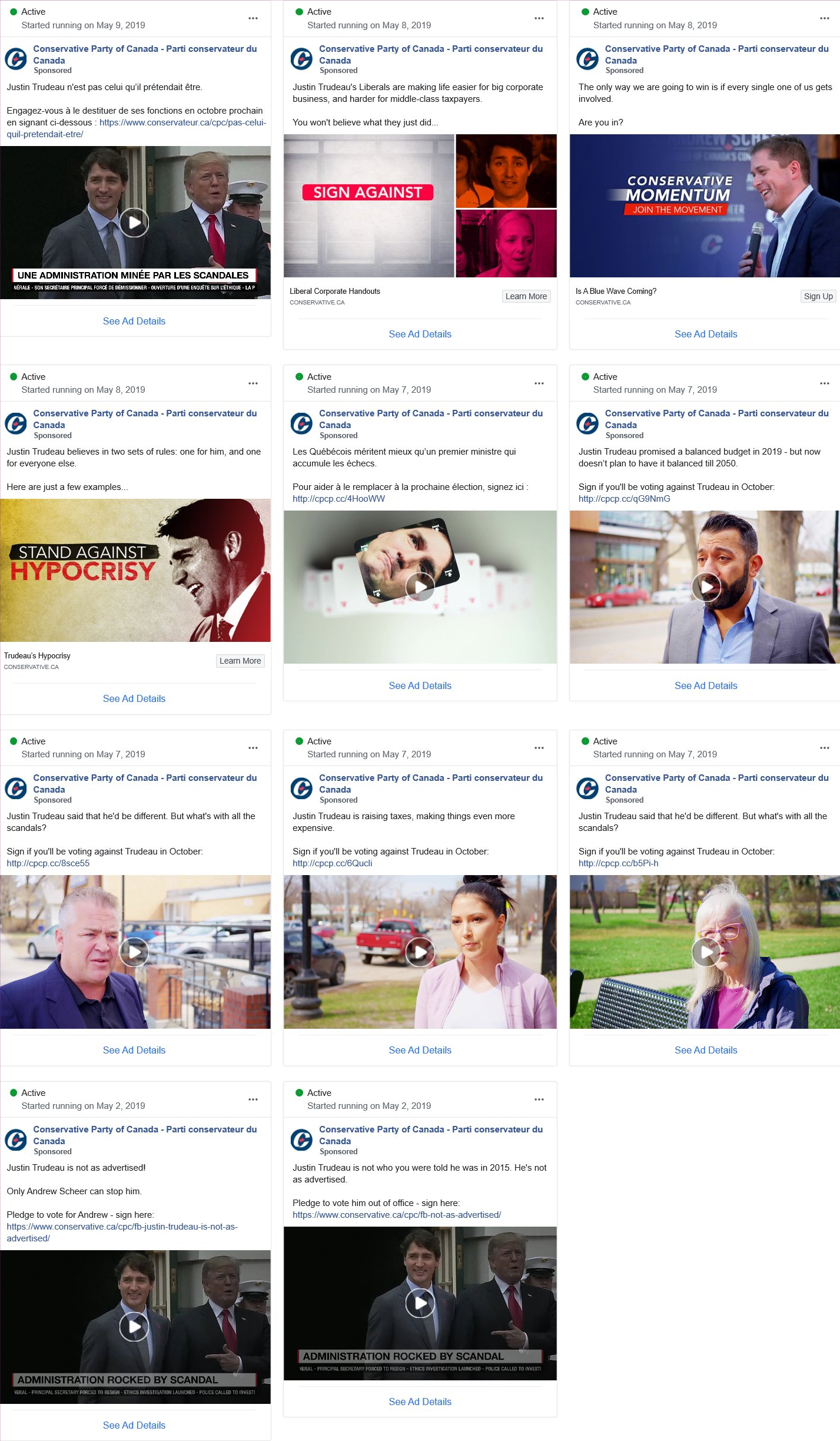 The Conservatives have rolled out 11 new ads since the start of May.

The focal point of their current Facebook advertising campaign has to be their "Not as advertised" video attack ads.

The ads take aim at Justin Trudeau and the Liberal government's recent scandals, tax increases, and failure to balance the budget.

The strategy is reminiscent of the "Just not ready" campaign of 2015. 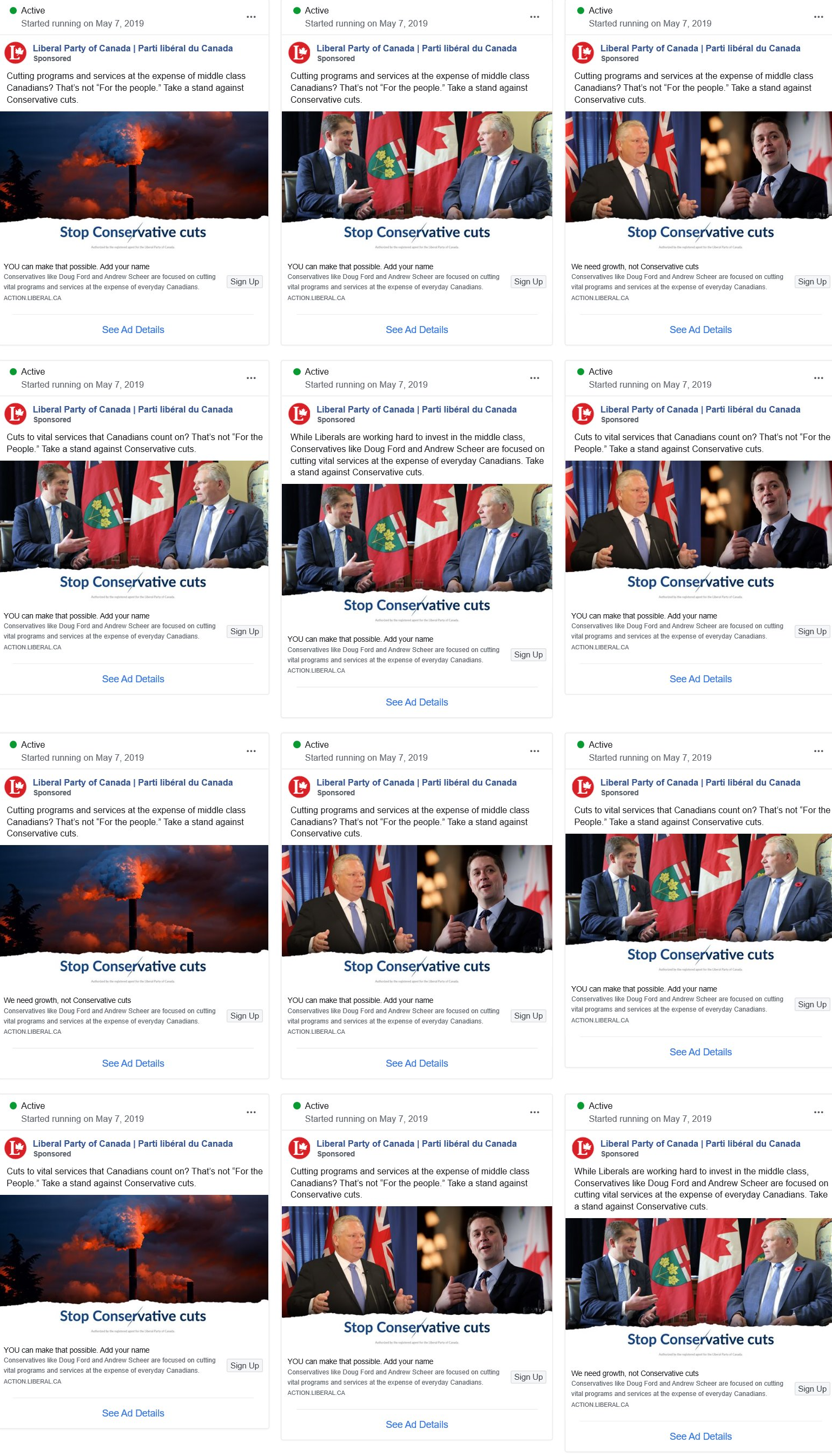 Most of these are subtle variations on the same ad copy, or duplicate ads that likely utilize different targeting strategies.

This suggests a much more sophisticated advertising/targeting approach from the Liberals compared to the Conservatives or NDP.

The most recent ads, released on May 7, all use the call to action "Stop Conservative Cuts."

They are running dozens of variations combining different images and ad copy. 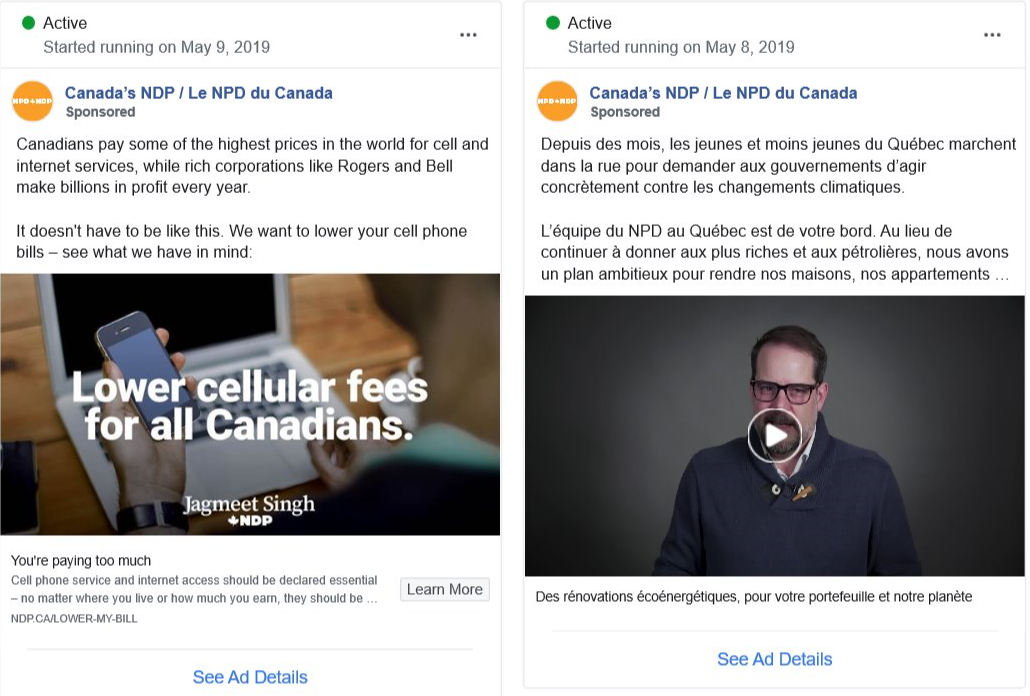 2 new ads from the NDP this week.

The french language ad highlights recent protests for action on climate change that have taken place in Quebec.

The NDP are claiming that the Liberals are not doing enough to combat climate change, while continuing to give to the rich and to oil companies.

The other new ad from the NDP focuses on the outrageously high cellular fees Canadians pay compared to the the rest of the world.

Jagmeet Singh and the NDP would like to see cell phone service and internet access declared as essential services, and to make these services more affordable for Canadians.