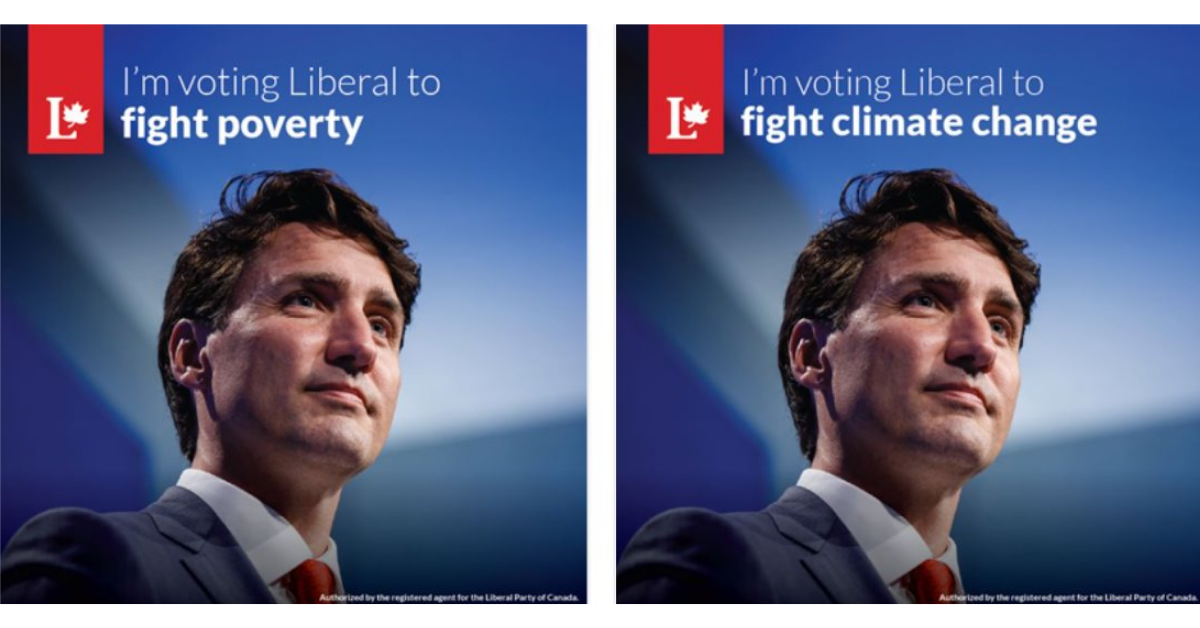 The Liberal Party of Canada has launched a series of new simple sign up ads, trying to determine which issues are most important in motivating voters to support their party.

Meanwhile the Conservatives have launched new ads calling to do more to fight human trafficking in Canada.

The Conservative Party of Canada has launched a new set of ads focused on fighting human trafficking in Canada.

The petition style ads claim that the Liberals are not taking these crimes seriously, and as a result human trafficking is on the rise.

These are the only new ads from the Conservatives this week, after a busy week last week.

The Liberals continue to experience some hiccups with Facebook's new disclaimer rules - as you can see several of their ads were not shown again this week, because they did not have the mandatory disclaimer for political ads.

However they did manage to launch a new simple sign up ad campaign, to try to hone in on why their supporters are voting Liberal.

The new campaign features simple sign up ads that all run with the same ad image, but feature different ad copy based on different reasons for voting Liberal.

The Liberals can gain useful data from this ad set, which can help them better focus their future campaign efforts.