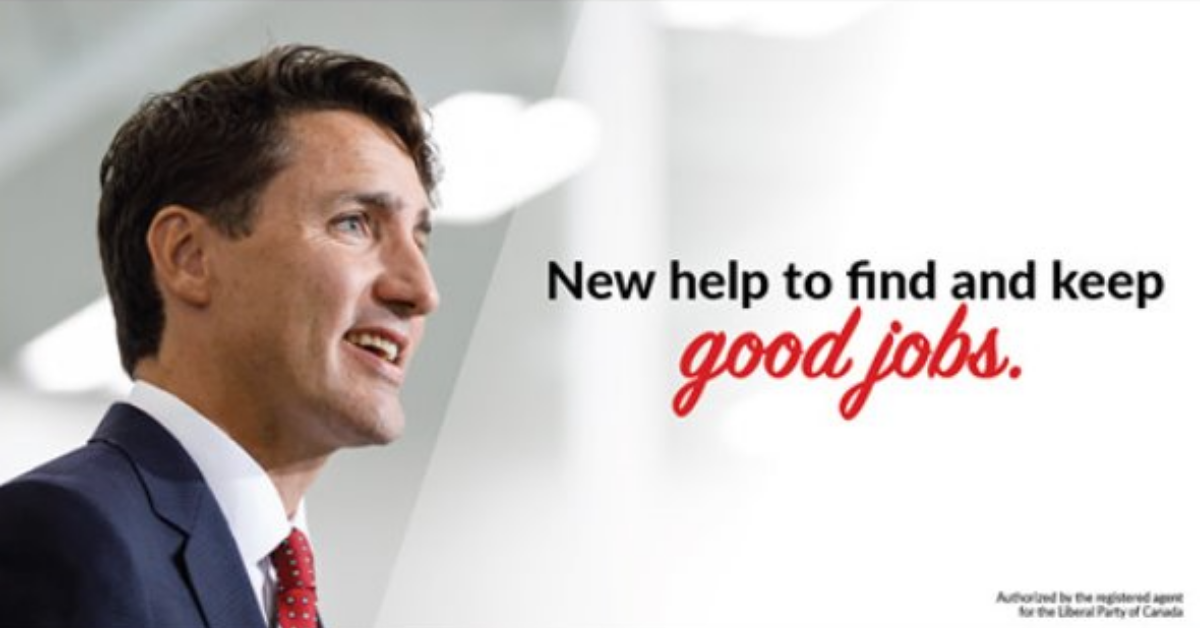 The Liberals have launched a new set of ads promoting the highlights of their latest budget.

They may have been a little too hasty, as there is an obvious mix-up in one of the new ads.

Meanwhile the Conservatives continue to focus on the SNC Lavalin scandal and abolishing the carbon tax. 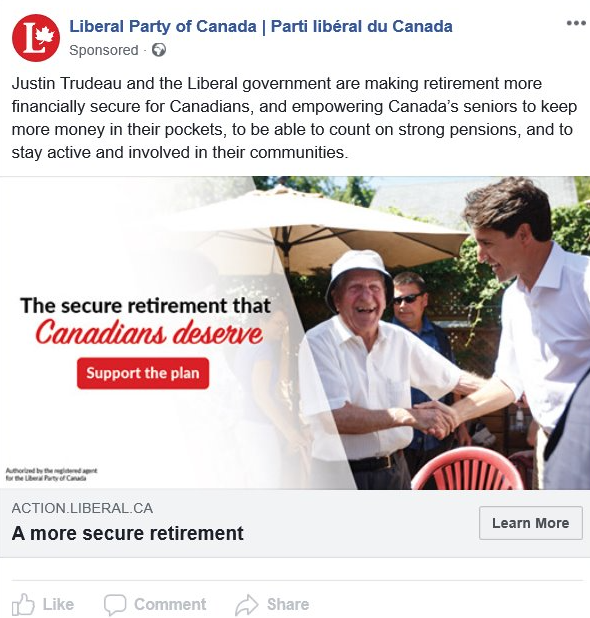 The first budget highlight the Liberals are promoting is their plan to make retirement more secure.

Note that the ad copy matches the image and the headline. 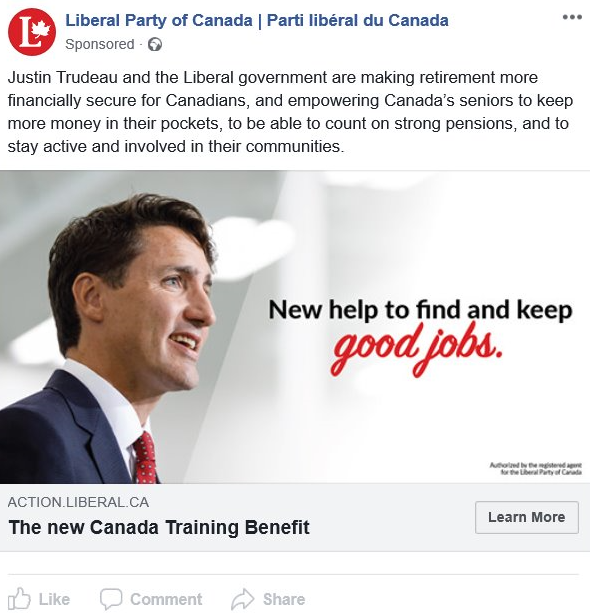 This is the ad that the Liberals have got mixed up.

It appears as though they have put the wrong ad copy on this one, as the image and headline promote the new Canada Training Benefit, but the ad copy is about secure retirement.

This goes to show the importance of editing and reviewing your ads before they go live. 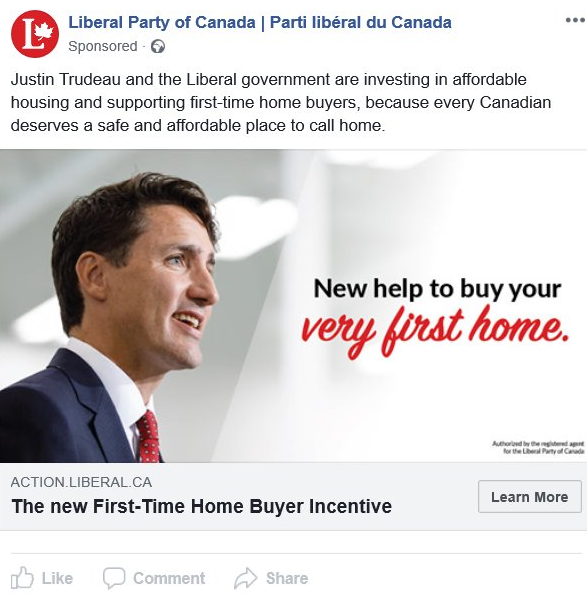 The final budget highlight the Liberals are promoting is their new first-time home buyer incentive.

"Because every Canadian deserves a safe and affordable place to call home." 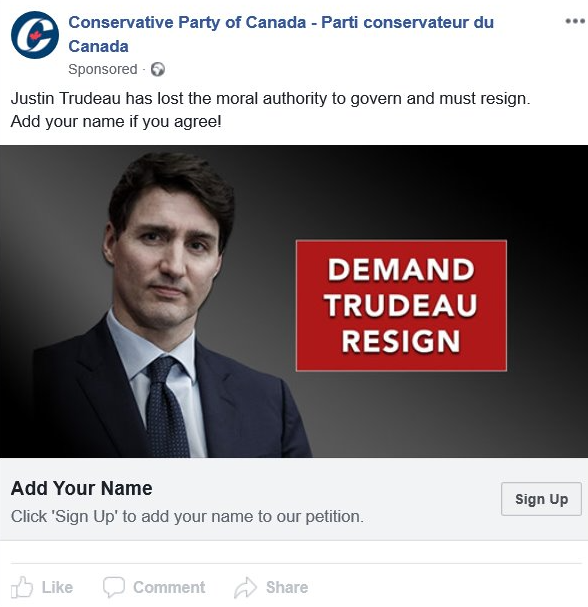 The Conservatives continue with the petition ads calling for Trudeau's resignation.

As the Liberals shift the focus to their new budget, the Conservatives are trying to keep public attention on the SNC Lavalin scandal. 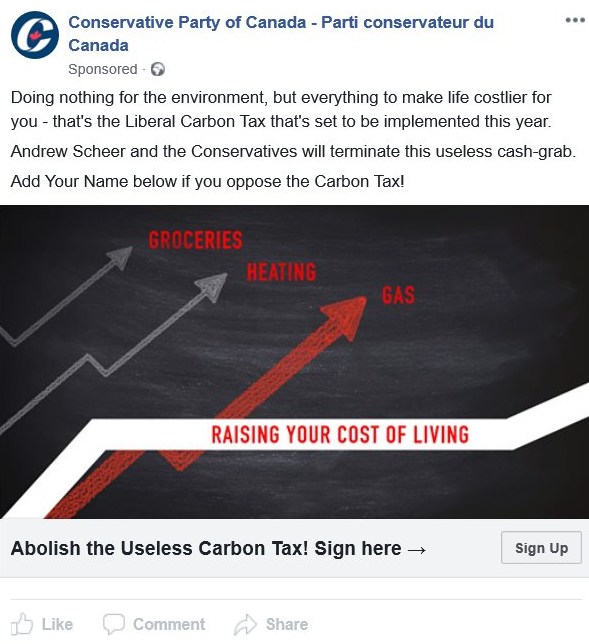 Another petition ad from the Conservatives, this one calling to "abolish the useless carbon tax!"

The strong wording helps this ad evoke an emotional response in those who are upset about the new carbon tax. 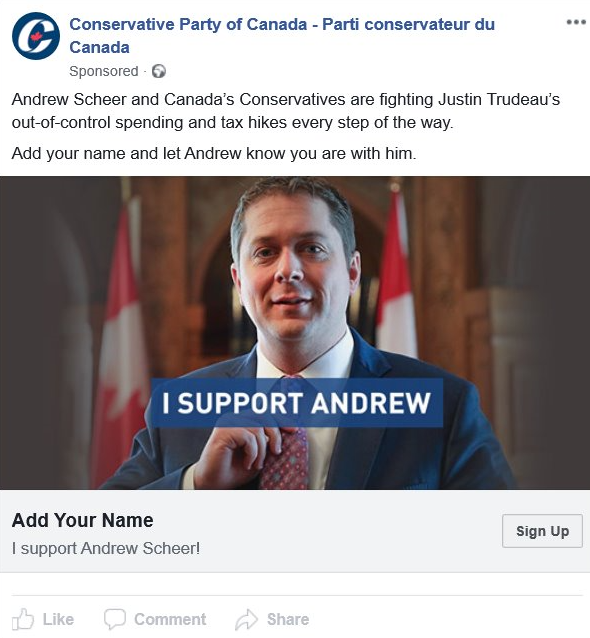 These ads are almost always an effective way to grow your supporter list.

Copied and pasted from last week's post (again) as nothing has changed on the NDP front for over a month now.