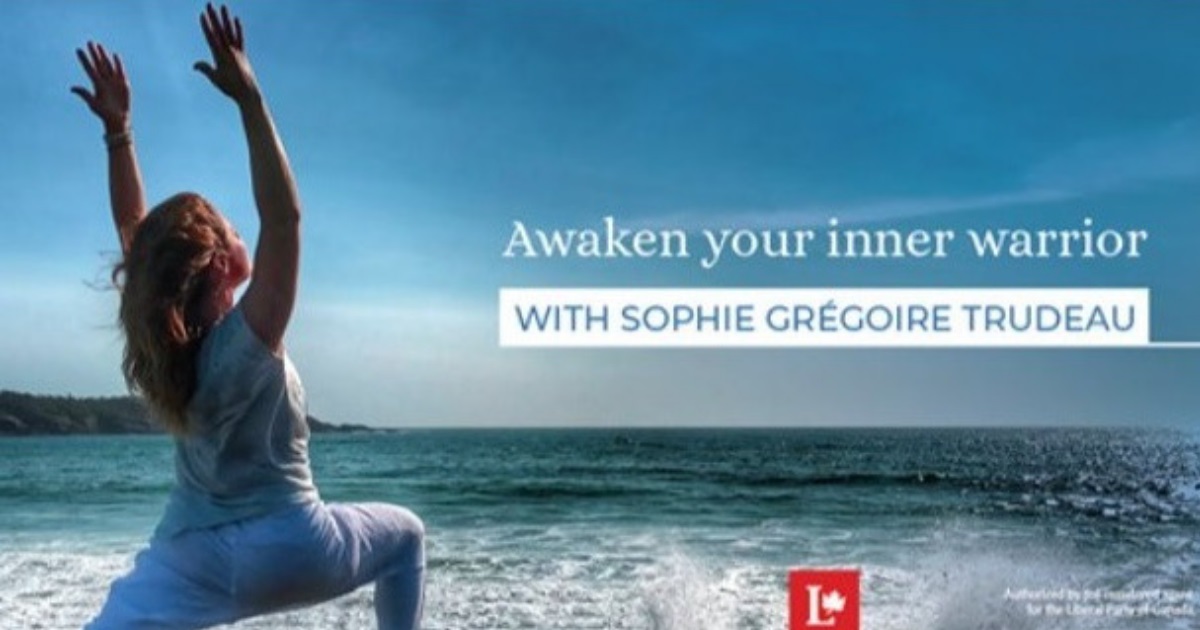 The Conservatives are coming out swinging this week with ads attacking the Carbon Tax and the Liberal plan to sign the UN Global Compact for Migration.

Meanwhile the Liberals are offering up an evening of yoga and cocktails with Sophie Grégoire Trudeau.

The NDP continues to focus on the housing crisis, and the PPC are not running any Facebook ads this week.

Stay up to date with the issues that matter most - check out the ads below!

The Conservatives are in attack mode once again this week, with a number of ads blasting the Liberal Carbon Tax. 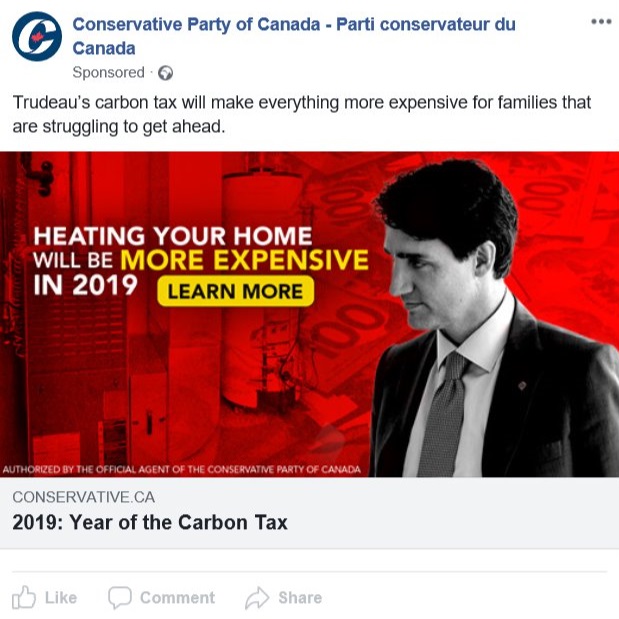 Clear, concise, and attention-grabbing - this is an effective ad from the Conservatives appealing to Canadians who are concerned about the implications of the carbon tax. 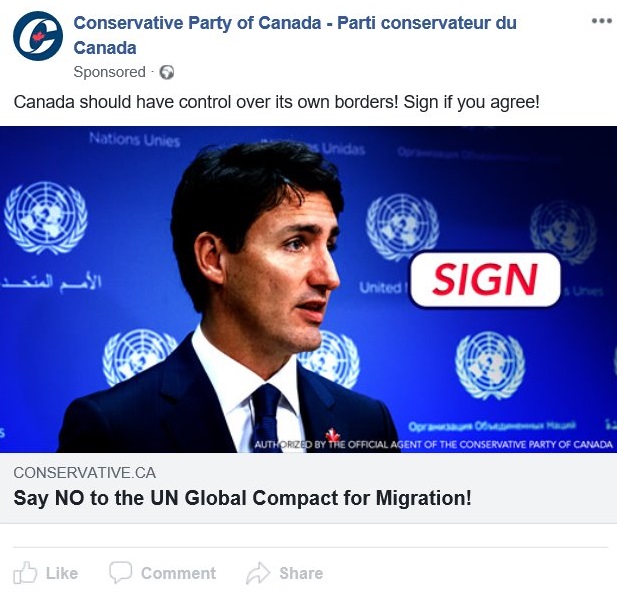 Another petition ad attacking the Liberals, this time focused on the UN Global Compact for Migration.

"Canada should have control over its own borders! Sign if you agree!"

Again, concise messaging with a clear, repeated call to action. 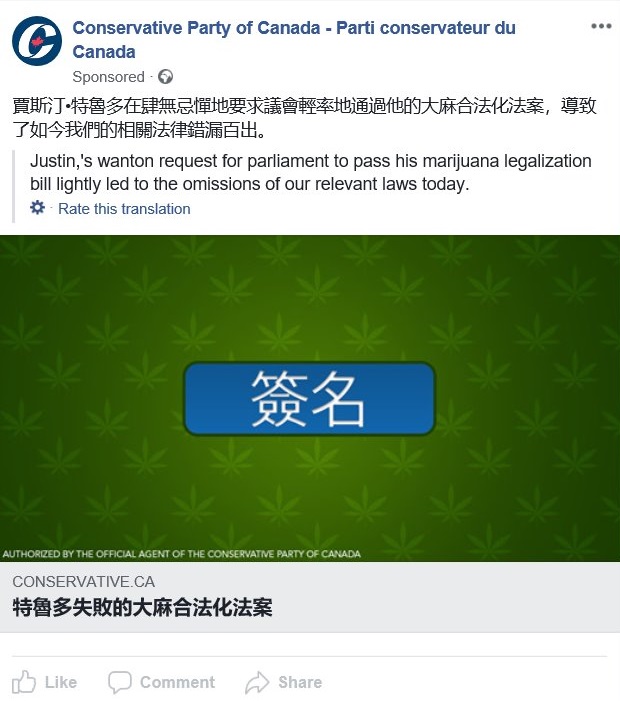 Using issue based demographic targeting is another effective strategy that can be implemented with Facebook advertising. 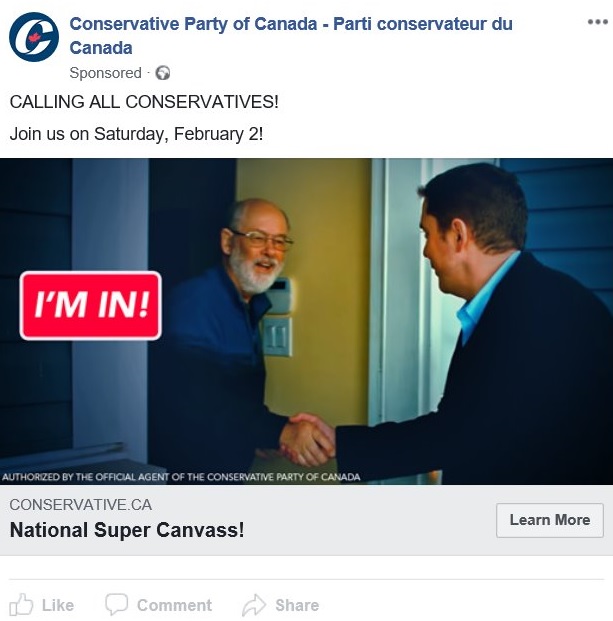 It's not all about attack ads from the Conservatives this week - they have also started advertising their "National Super Canvass!"

These ads are looking to recruit volunteers for a nationwide door knocking/fundraising campaign scheduled for February 2nd.

Facebook and email advertising targeted towards your supporter base is a great way to attract volunteers.

The Liberals are sticking with their tried and true simple sign up ads, but they have also unveiled some new ads promoting an evening of yoga and cocktails with Sophie Grégoire Trudeau. 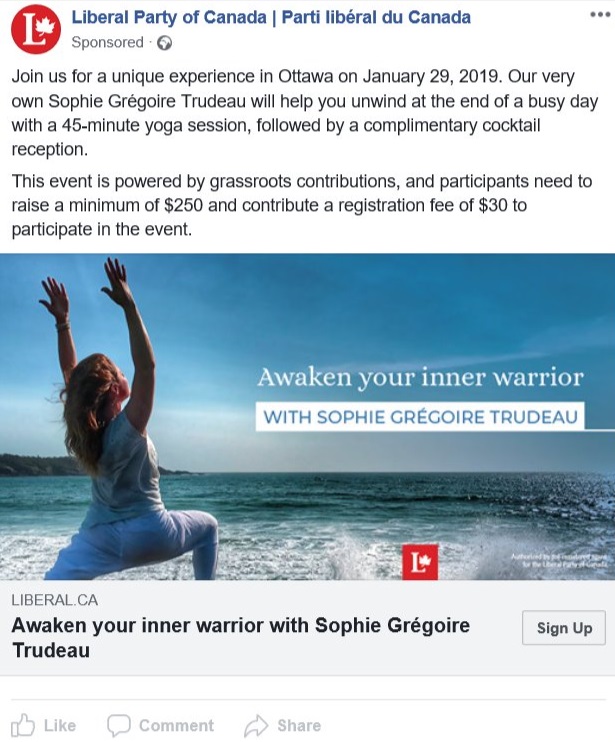 Participants must raise at least $250, and pay a registration fee of $30 to attend. 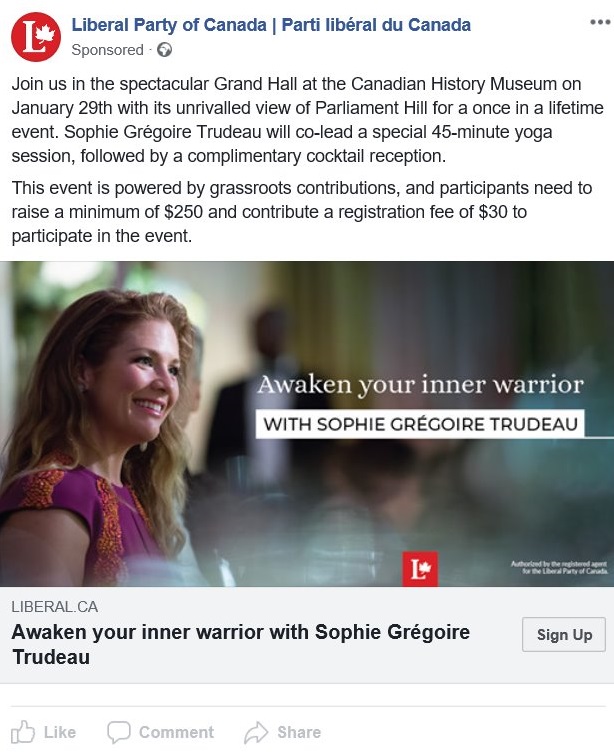 Another sign up ad for this "once in a lifetime event."

Events like this can be an effective way to motivate potential donors. 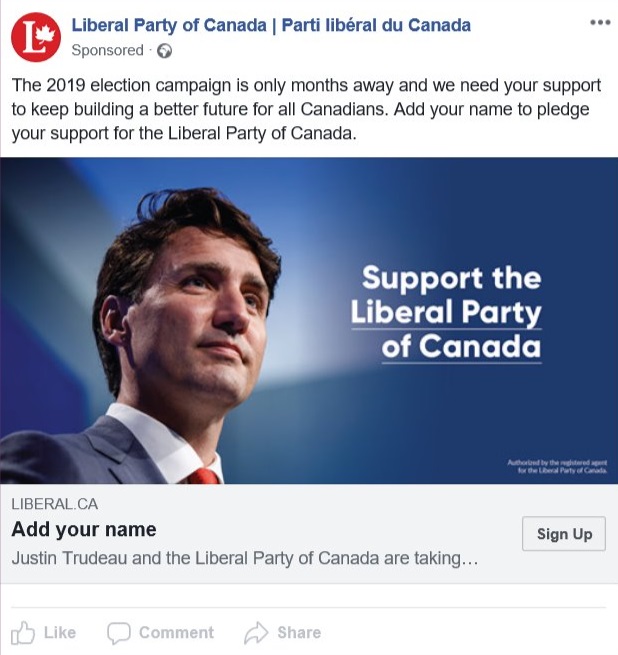 The Liberals continue to run their simple sign up ads, with a new focus on urgency as "the 2019 election campaign is only months away."

The NDP have pared back their Facebook advertising campaign recently, and are currently only running ads addressing the housing crisis. 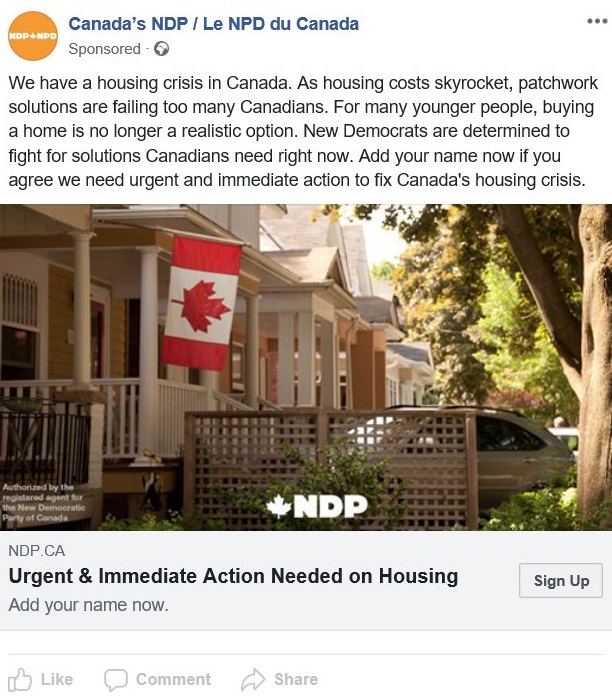 We have been seeing this ad and slight variations of it from the NDP for some time now.

The NDP are appealing to young Canadians who cannot realistically afford to buy a home in the current housing market. 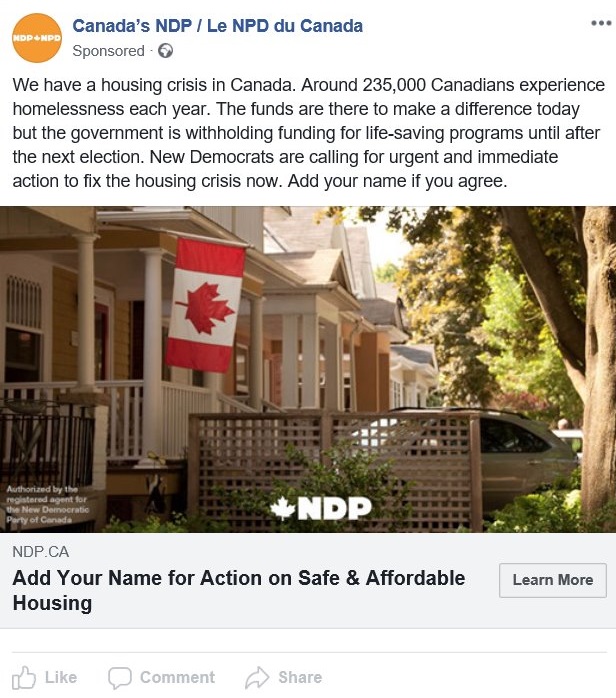 In this variation, the NDP are accusing the Liberals of "withholding funding for life-saving programs until after the next election."

The language used in the ad conveys a strong sense of urgency, which is crucial to getting engagement with Facebook advertising. 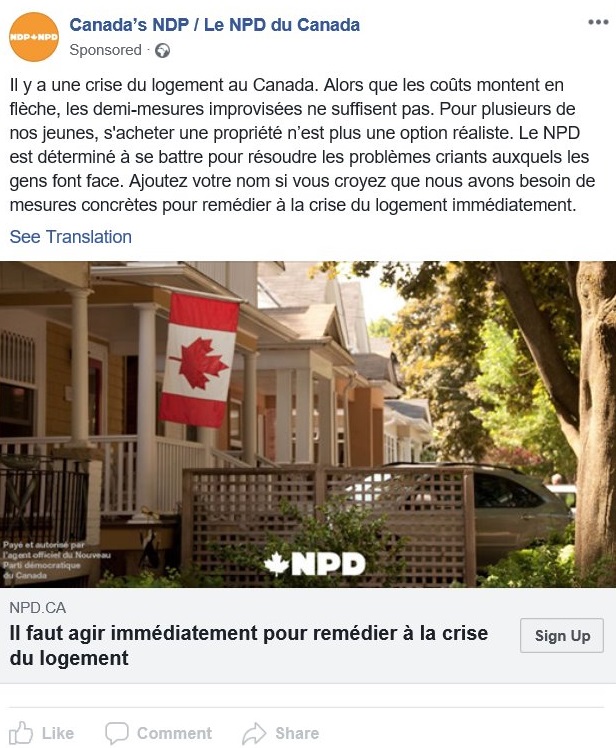 The NDP are also running French language versions of all of their housing crisis ads.

The NDP are regularly the only party to run all of their advertisements in English and French.