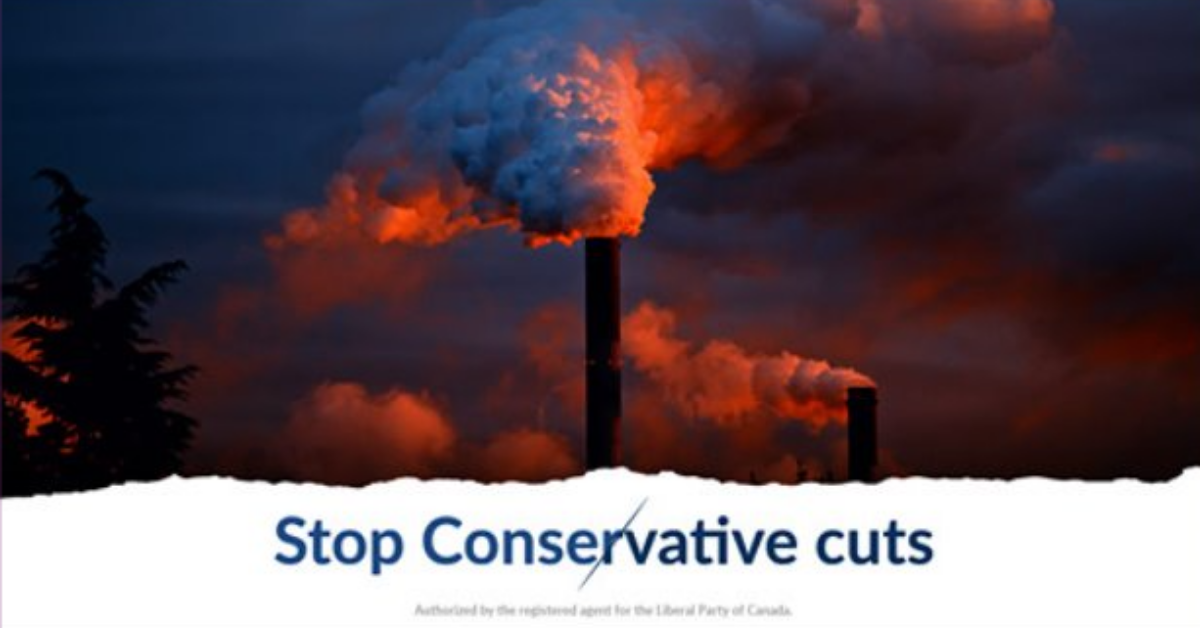 As the SNC-Lavalin scandal slowly fades, the Liberals are choosing to try to shift the focus to climate change, and stopping Conservative cuts.

Meanwhile the Conservatives are trying to keep the focus on the SNC-Lavalin scandal. They have launched a new video attack ad, stating that Justin Trudeau is "not who you thought he was - he is not as advertised."

The NDP have also launched new ads this week, focused on the upcoming by-election in Nanaimo-Ladysmith. 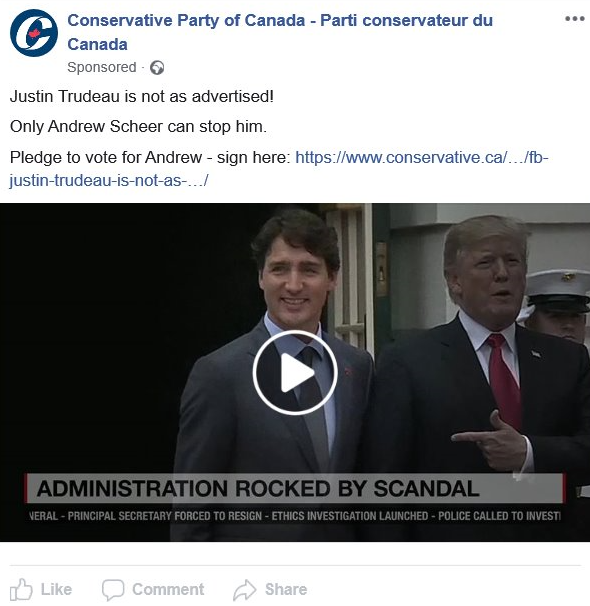 The new video attack ad from the Conservatives depicts Justin Trudeau and his Liberal government as a scandal ridden administration.

Designed to look like a news report, the ad features an ominous sounding voice over, stating that Justin Trudeau is "not who you thought he was - he is not as advertised." 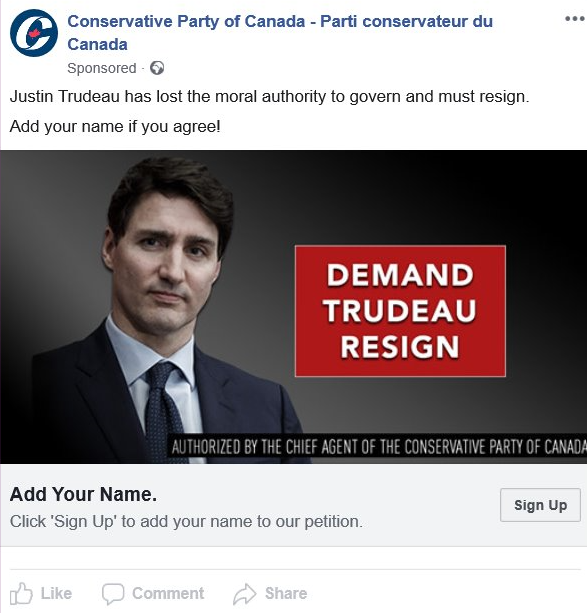 In addition to the new video ad, the Conservatives are continuing to run their petition ads calling for Trudeau's resignation.

The Liberals are hoping the SNC-Lavalin scandal will fade from voters' memories before the next election, but the Conservatives are committed to keeping this issue relevant for as long as possible. 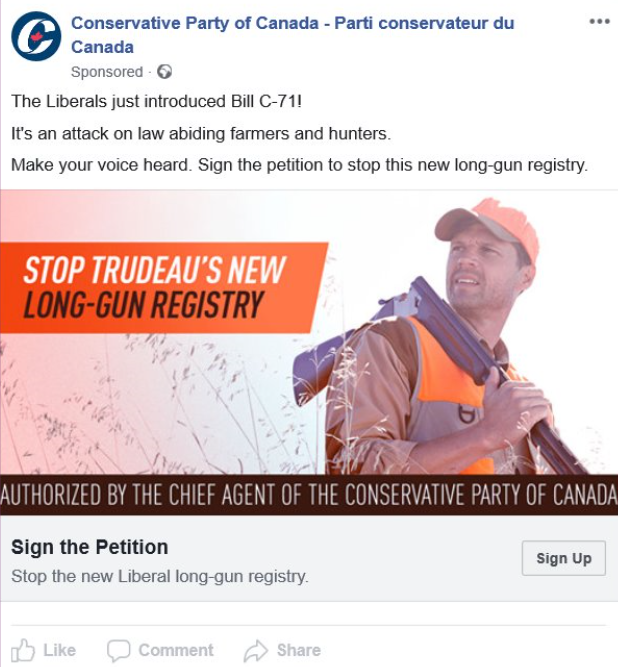 The Conservatives also continue to run some of their old stand-by petition ads, including these anti-Bill C-71 ads.

This ad has been running for a long time now, and may be due for a refresh to the ad image and copy. 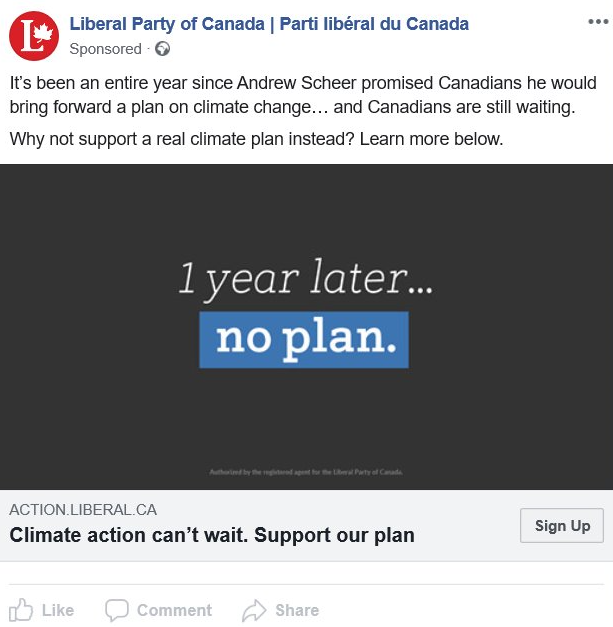 The Liberals are trying hard to push climate change as the number 1 issue in the upcoming election.

They continue to run ads portraying themselves as the only party with a real plan to fight climate change, and they are going on the offensive, attacking Andrew Scheer and the Conservatives for having no clear plan to deal with the issue. 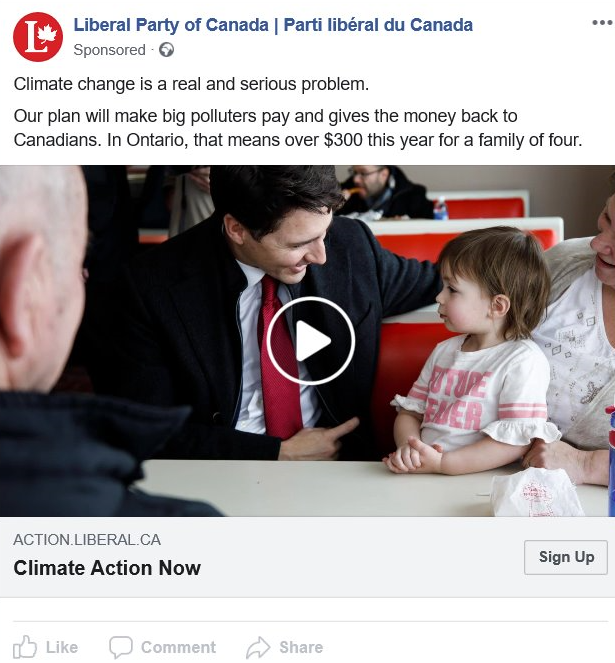 In this new video ad from the Liberals, they continue to hammer their messaging that a carbon tax is supported by top researchers as the best way to combat climate change.

The video goes on to state their often repeated message that "some politicians want to go back to the Harper years when pollution was free," and finishes off with "our children are counting on us." 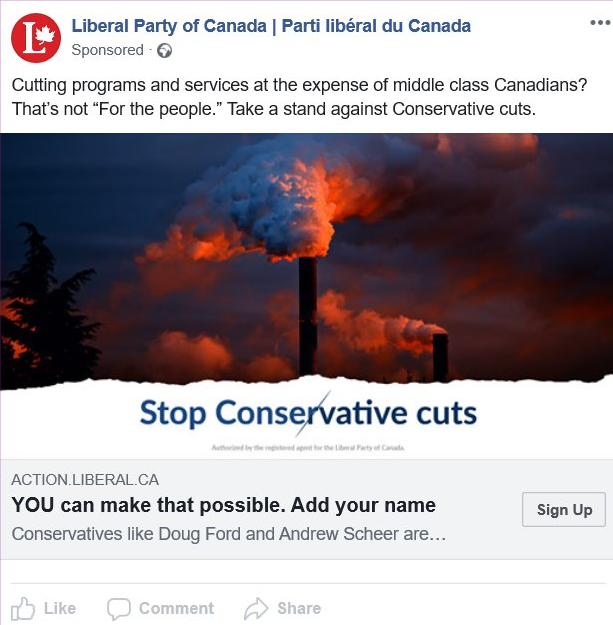 Another round of new Liberal ads this week addresses the issue of Conservative cuts. The Liberals are trying to appeal to Ontario residents who are concerned about cuts from their provincial government.

They are suggesting that if Andrew Scheer is elected, we are likely to see similar cuts made at the federal level. 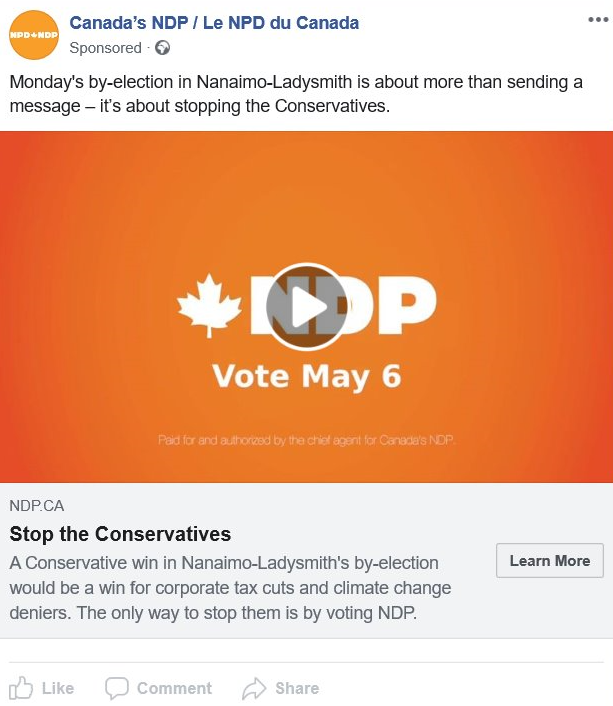 Finally some new advertisements from the NDP ahead of the upcoming by-election in Nanaimo-Ladysmith.

The NDP are saying that the only way to stop the Conservatives is by voting NDP. They claim that a Conservative victory would be a victory for "corporate tax cuts and climate change deniers." 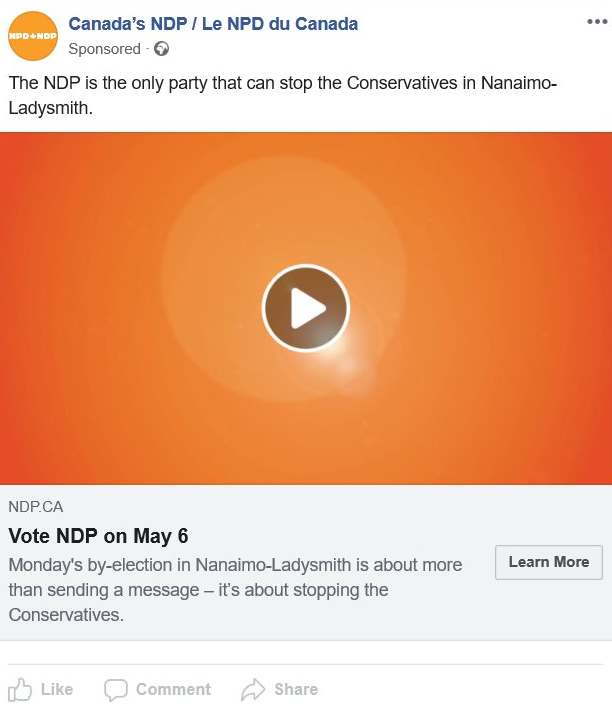 Another very similar video ad from the NDP. The ads are concise and to the point. Their length is ideal for Facebook advertising (6 seconds and 15 seconds).