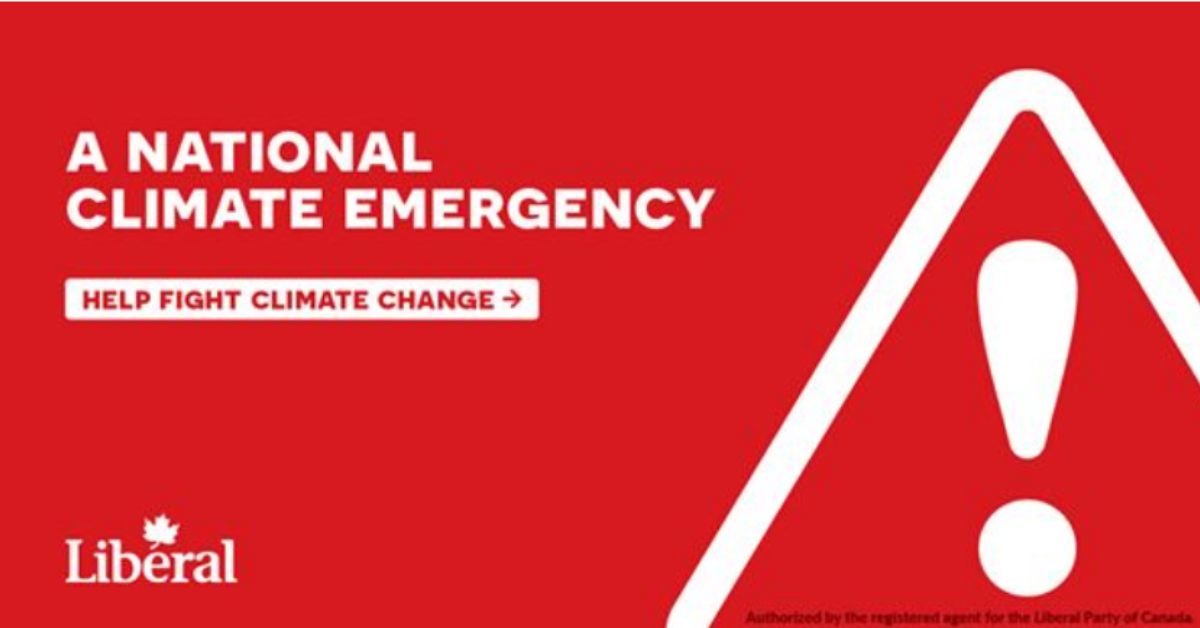 The Liberals have unveiled a series of new ads this week, focusing on climate change and a woman's right to choose.

They have also refreshed some of their old simple sign up ads and donation ads.

The Liberals are the only party with new ads this week - the Conservatives haven't made any changes since May 15, and the NDP are not currently running any Facebook ads.

As you can see, the Liberals have been busy this week rolling out new ads and refreshing their old ones.

The new "National Climate Emergency" ads really stand out. They capture your attention and create a sense of urgency, which is crucial for successful sign up/petition ads.

The next most notable addition to the Liberal's Facebook ad repertoire is their "Stand For Choice" campaign.

The ad copy reads "women's rights are human rights, regardless of what the Conservatives say."

This bold statement implies that the Conservatives do not believe women's rights are human rights - this is one of the most aggressive attacks we have seen from the Liberals so far.

The Conservatives haven't launched any new ads this week - they continue to run their french language video ads appealing to Quebec voters, and volunteer recruitment ads.

There is some debate over the effectiveness of video ads vs. image ads on Facebook, and Andrea Vahl does a good job of summarizing the debate here.

The NDP are not currently running any Facebook ads.