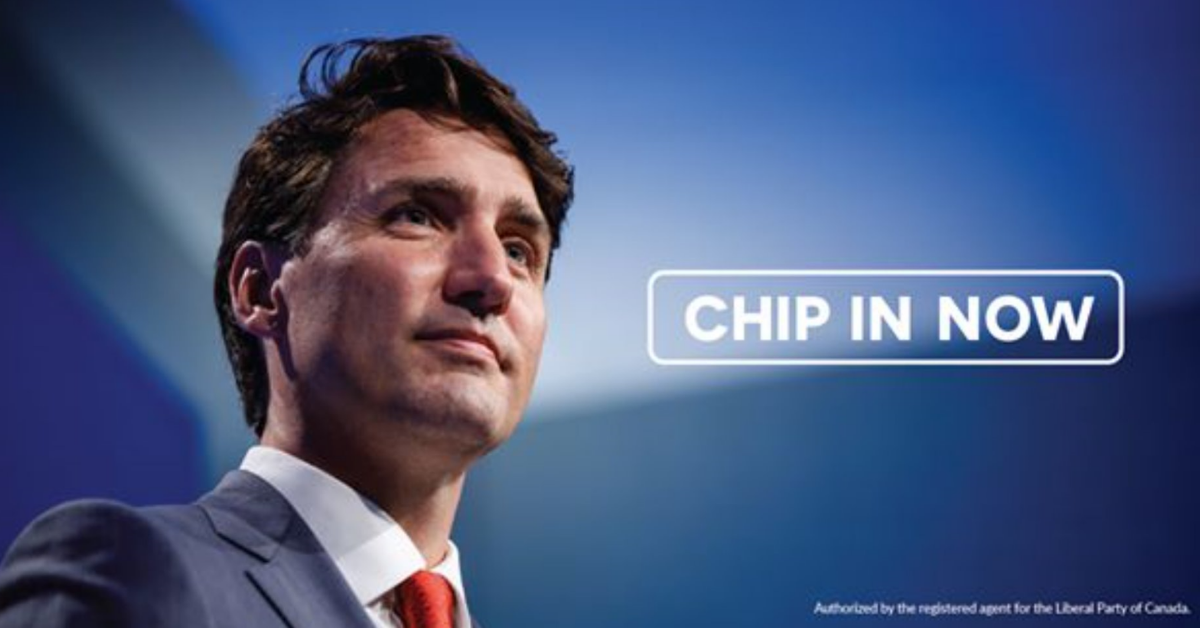 The Liberals have launched a new set of fundraising ads this week, using month end to create a sense of urgency around reaching their "big grassroots fundraising goal."

Meanwhile the Conservatives continue to focus on video ads - they have 3 new ads this week - 2 positive ads highlighting featuring Andrew Scheer, and 1 new attack ad to bolster their "Not as Advertised" campaign.

The NDP have also returned to Facebook advertising this week - they are promoting a bike ride and picnic event in Quebec with Jagmeet Singh.

The Liberals have adapted some of their simple signup ads from last week, changing the ad copy and button to create an effective new fundraising ad.

The new ads feature a "CHIP IN NOW" button, as well as ad copy that strives to create a sense of urgency.

The ad states "Less than 24 hours remain but we're more than 95% of the way toward our big grassroots fundraising goal. Your donation will put us over the top. Let's make history together."

Did the Liberals actually have a specific fundraising goal for May, and are they actually more than 95% of the way there with less than 24 hours remaining?

To be honest, it doesn't matter, because these types of ads work - the Liberals consistently use them to boost their fundraising efforts at month end or end of quarter.

The Conservatives continue to maintain their dominance when it comes to video advertisements - they have launched 3 new video ads this week.

The video ads from the Conservatives fall into 2 distinct categories: the positive "helping Canadians get ahead, not just get by" campaign, and the attacking "Justin Trudeau - not as advertised" campaign

2 of the new ads this week focused on positive policy plans from Andrew Scheer. They feature Andrew Scheer speaking directly to the viewer, outlining plans to cancel the carbon tax, remove the GST from home energy bills, and make maternity leave tax-free.

One of these ads was very short and concise, formatted for mobile and clocking in at 7 seconds. The other was 30 seconds long.

The new "not as advertised" ad released this week featured a 3 pronged attack against Justin Trudeau. The ad states that Justin Trudeau "started out with so much promise, but hasn't delivered."

They go on to highlight Trudeau's broken promises on electoral reform and balancing the budget, before slamming him for his involvement in the SNC Lavalin scandal. 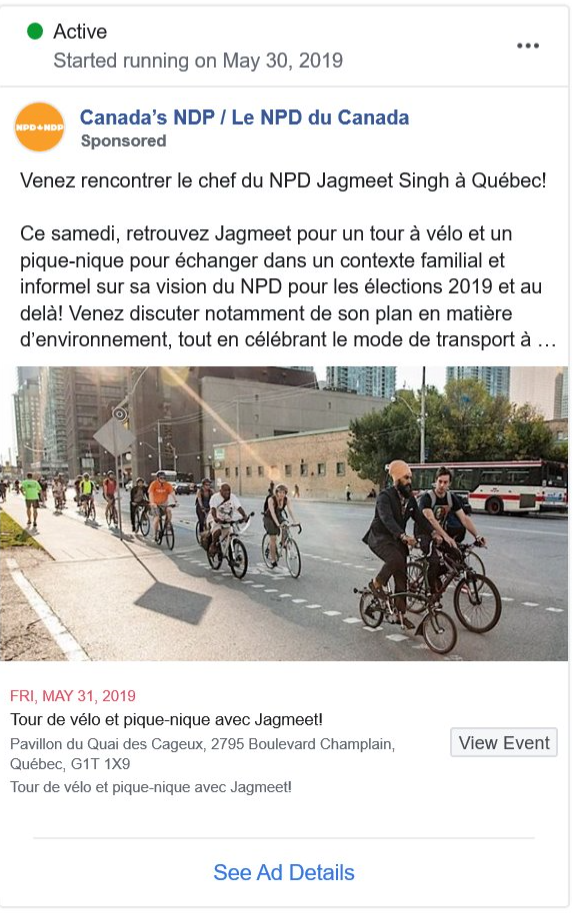 Only 1 ad from the NDP this week - they are promoting an upcoming event in Quebec, inviting supporters to join Jagmeet Singh for a bike ride and picnic.