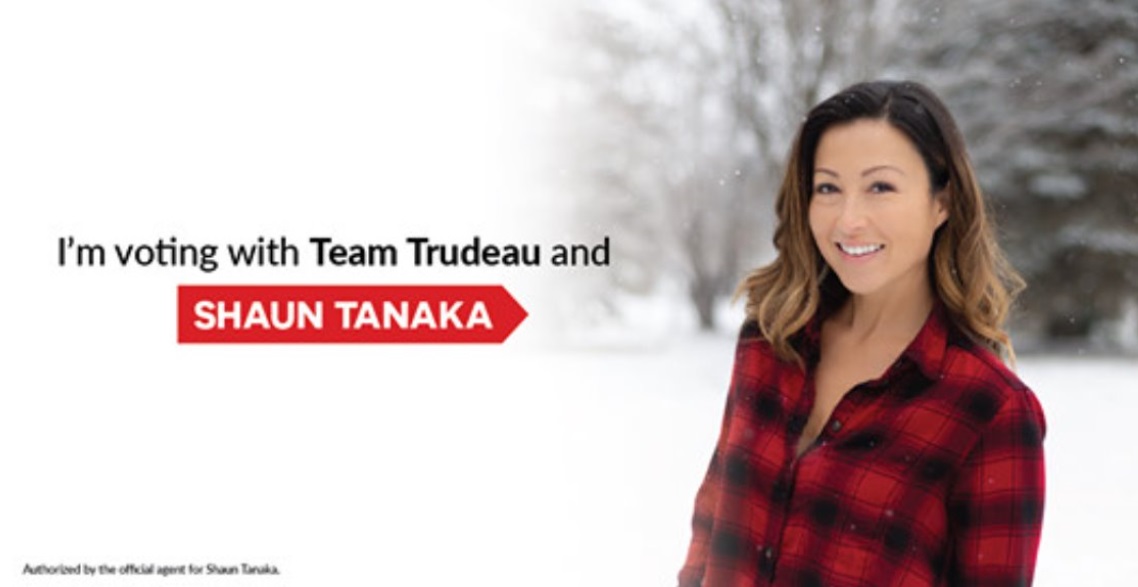 The Liberals continue to lead the charge on Facebook ahead of the upcoming February 25 byelections.

They are the only party running ads in all 3 byelection ridings.

The only competition they are receiving is from the Conservatives, who are running ads for candidate Jay Shin in Burnaby South.

Rather than focus on the byelections, the Conservatives are running a variety of attacks on the Carbon Tax, failure to build pipelines, and reintegration of ISIS fighters.

Meanwhile the NDP are only running 1 ad, continuing to concentrate on the housing crisis.

In Burnaby South, the Liberals are making a push for candidate Richard Lee. 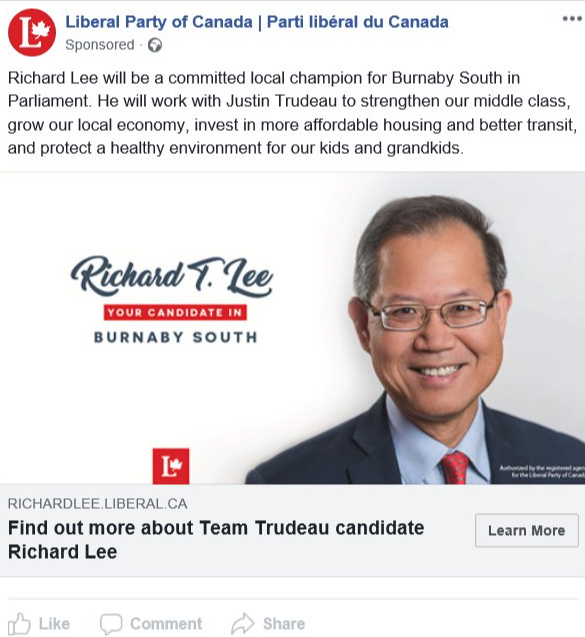 The Liberals are choosing to focus on the environment, transit, and affordable housing in their ads for Lee.

These issues are sure to resonate with voters in the Burnaby South riding, but will it be enough to challenge NDP leader Jagmeet Singh? 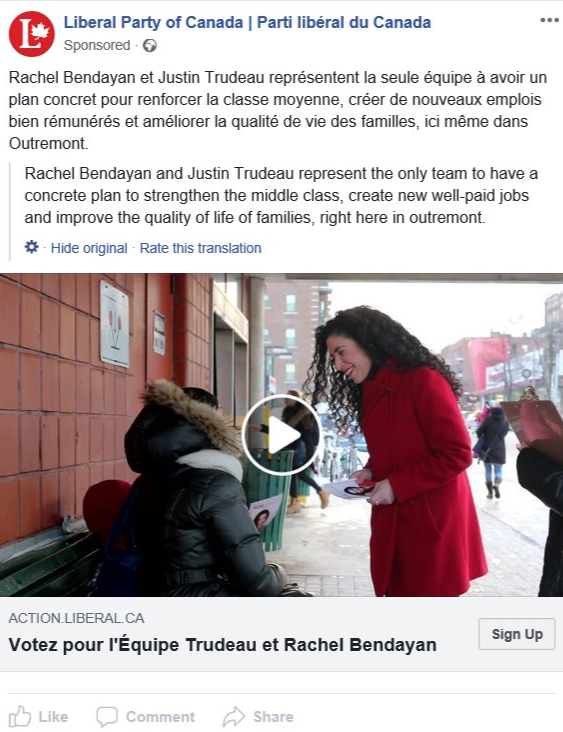 In Outremont, the Liberals are running French and English language ads, including this video ad for Rachel Bendayan.

The video showcases Bendayan meeting with Justin Trudeau and local constituents, before introducing herself as the candidate for Outremont.

The Liberals are really pushing the "Team Trudeau" messaging in all 3 ridings. 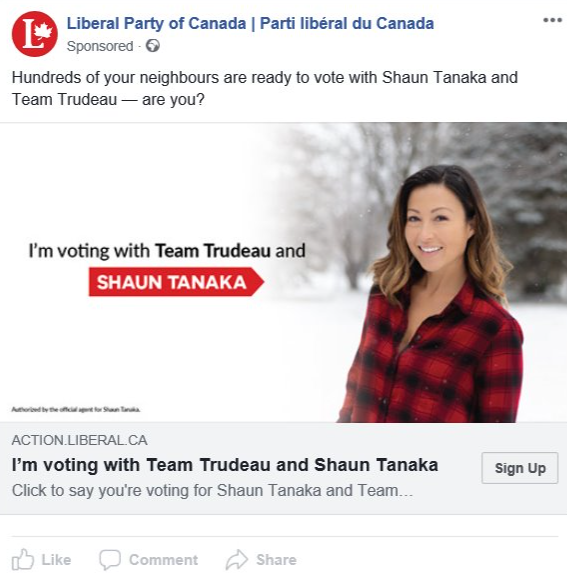 York-Simcoe has been a Conservative stronghold, held by Peter Van Loan for the past 14 years.

The Conservatives won the riding by 6000 votes in the last election, which may explain why they don't feel the need to promote their candidate Scot Davidson.

However, the Liberals increased their vote count in the riding by 400% with Tanaka back in 2015, and they are looking to build on that progress.

The Conservatives have entered into the byelection ads race, but only in the riding of Burnaby South.

They are promoting candidate Jay Shin in what will be a tough race against NDP Leader Jagmeet Singh and Liberal candidate Richard Lee.

Apart from their byelection ads, the Conservatives continue to attack the Liberals on a variety of issues. They are also promoting upcoming town hall events in Windsor and Frederiction, and they have introduced new simple sign up ads focused on LEADERSHIP. 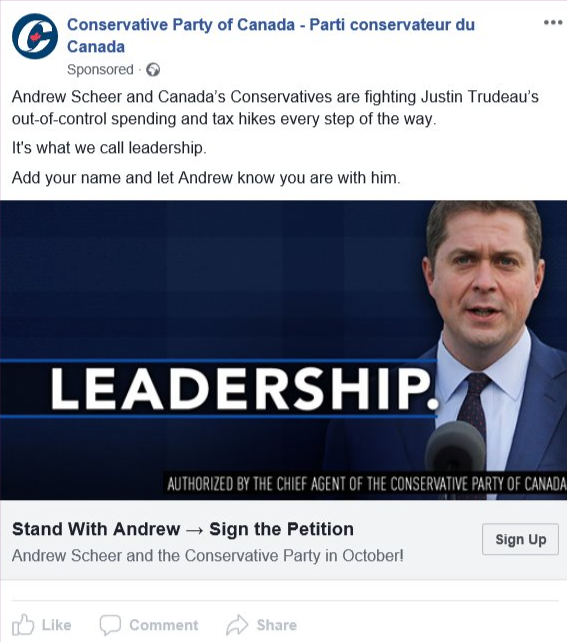 The new simple sign up ads from the Conservatives focus on the Liberal's "out-of-control spending and tax hikes."

With a simple message and a clear call to action, this type of ad is almost always an effective way to grow your email list, and enables effective ad re-targeting in the future. 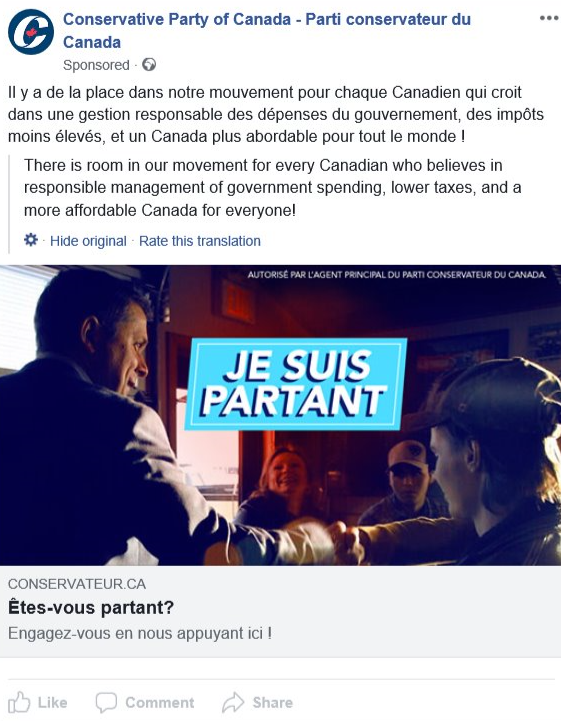 Another new simple sign up ad from the Conservatives.

The French language ads also focus on government spending, lower taxes, and a more affordable Canada for everyone. 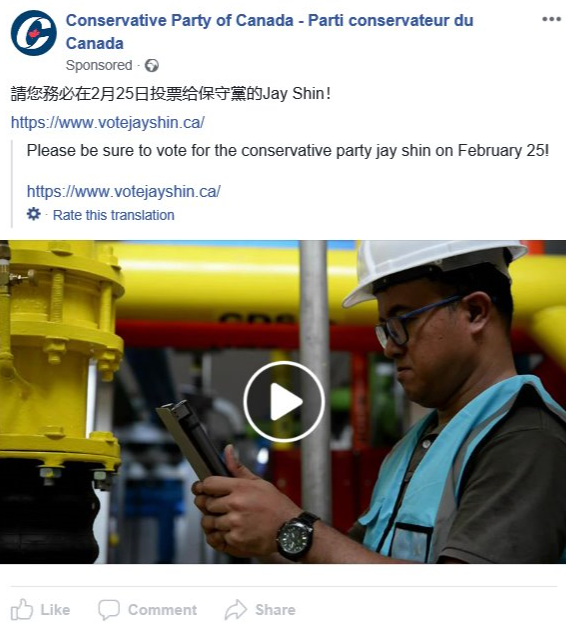 The ad is critical of the new marijuana legislation, as well as the failure to build pipelines.

The NDP are only running 1 Facebook ad at the moment.

It is the same housing crisis ad that we have been seeing for months now. 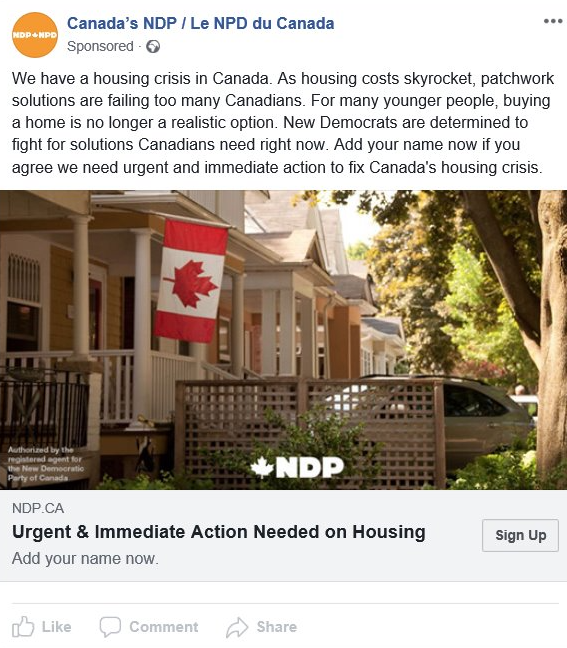 Since this is the only ad the NDP are running with their Facebook advertising budget, we must assume that it has performed well for them over the past several months.

However, a refresh feels long overdue.