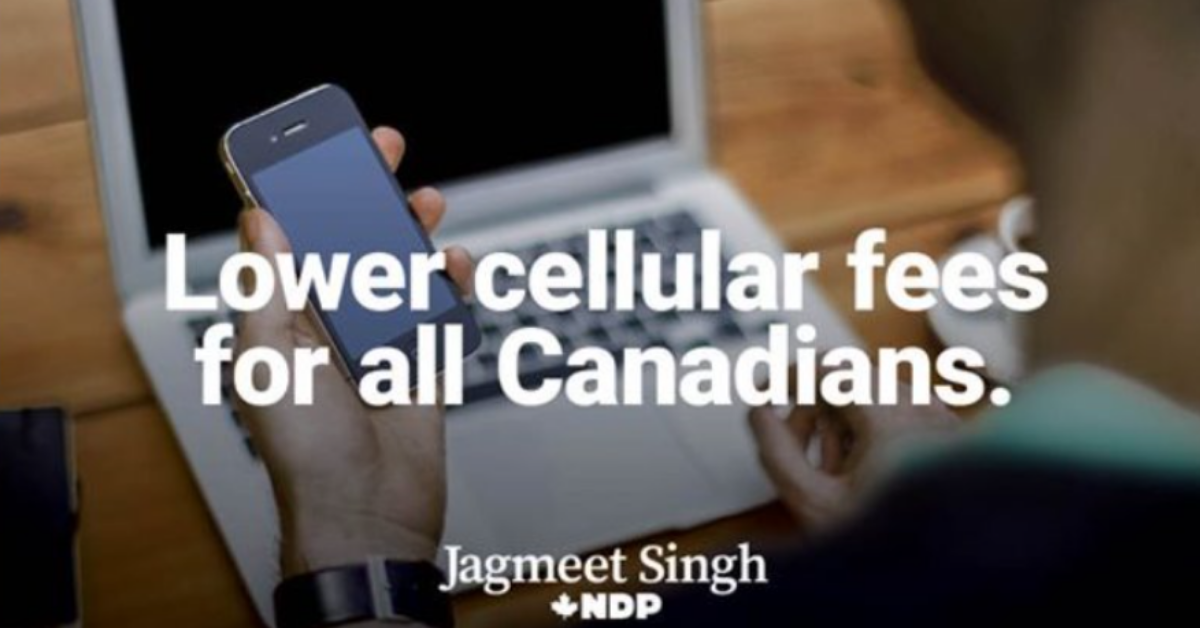 The NDP are focusing all of their Facebook advertising efforts on their plan to lower cellular fees for Canadians.

The Liberals have been the busiest party on Facebook this week, launching ads promoting an upcoming event in Quebec, as well as a refreshed batch of simple sign up ads.

The videos clock in at 30 seconds in length, and feature Andrew Scheer telling voters that he will improve parental leave, reduce home heating costs, and leave you with more money in your pocket at the end of the month, because Québecers deserve better.

The volunteer recruitment ad creates a sense of urgency, stating that the election is only months away.

It also provides a clear call to action, asking supporters to "sign up now" and "join our team."

A lot of action from the Liberals this week.

They have launched a new set of simple sign up ads with new images and ad copy. The ads highlight the urgency of the upcoming election and feature a new "commit to vote" button on the ad images.

The Liberals have also started promoting an upcoming reception with Justin Trudeau in Québec on May 31.

In addition to the new advertisements, the Liberals have also re-launched a number of their "Climate Action Now" ads.

The Liberals currently boast ~420 active ad variations - far more than the Conservatives and NDP. This suggests that the Liberals are doing far more A/B testing and ad optimization than their opponents. 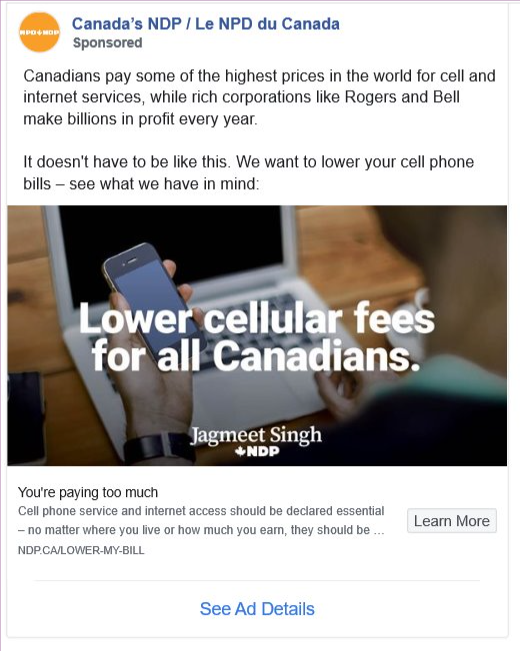 The NDP were running 3 ads last week, and we can assume that this one must have outperformed the others, as it is now the only ad they are running on Facebook.

The ad highlights an issue that many Canadians are upset about - unreasonably high cellular fees.

The NDP are calling for cell phone service and internet access to be declared essential.

The ad links to a landing page asking Canadians to share their "nightmare stories" about high phone and internet bills.