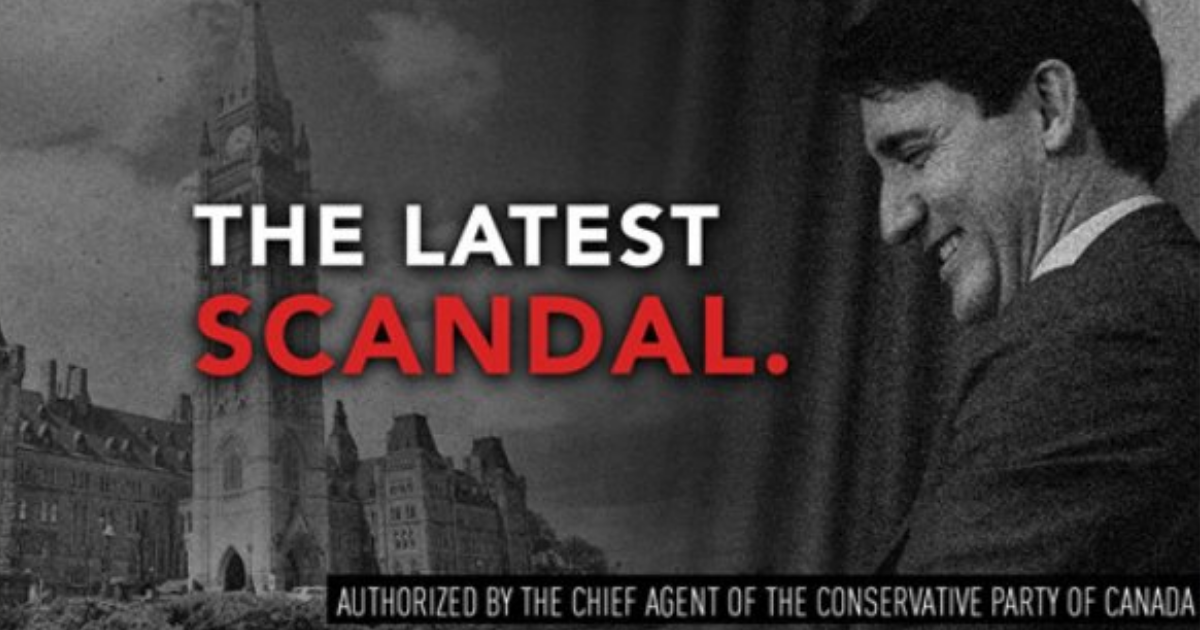 The Conservatives are not holding back with a series of new attack ads targeting the Liberals over the SNC-Lavalin scandal.

Meanwhile the Liberals are winning the by-election ads battle, and have rolled out new fundraising ads.

The NDP only have 1 ad again this week, focused on the housing crisis.

The Conservatives have launched a series of ads attacking Trudeau's Liberals over the SNC-Lavalin scandal. 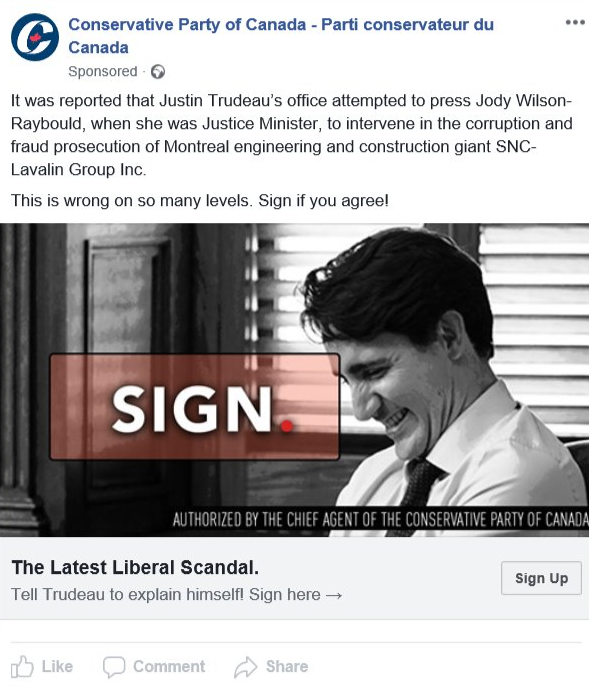 Petition ads like this one are a great way to build your email list, and gauge how passionate your supporters are about a particular issue. 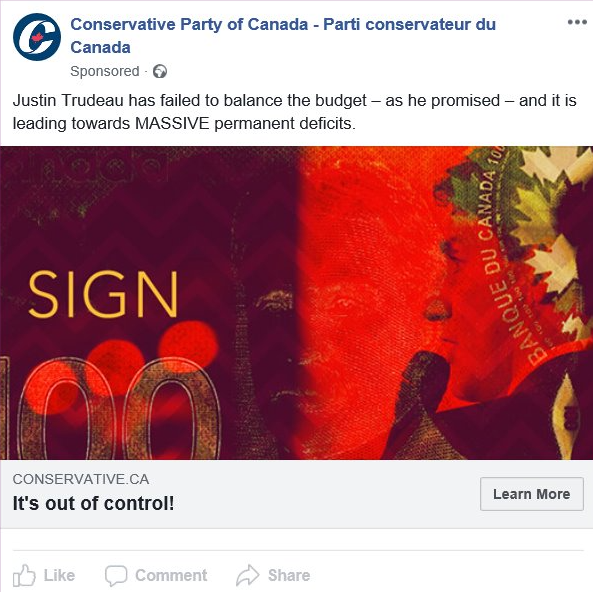 In addition to the SNC-Lavalin attacks, the Conservatives have also unveiled attack ads targeting the Liberals over their failure to balance the budget.

The image used in this ad is certainly not the most visually appealing, but it does capture your attention as you scroll through your newsfeed. 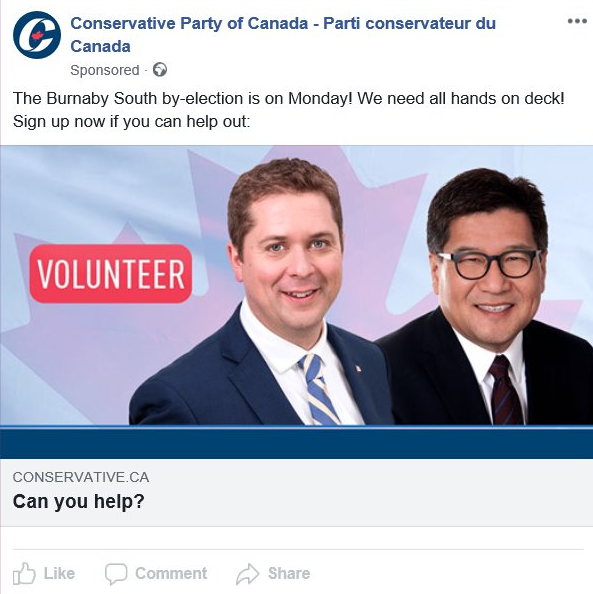 The only by-election riding the Conservatives continue to run ads for is Burnaby South.

This ad calls on volunteers to help get out the vote on Monday.

The Liberals continue to focus on by-election ads this week, running a diverse array of ads in all 3 ridings. 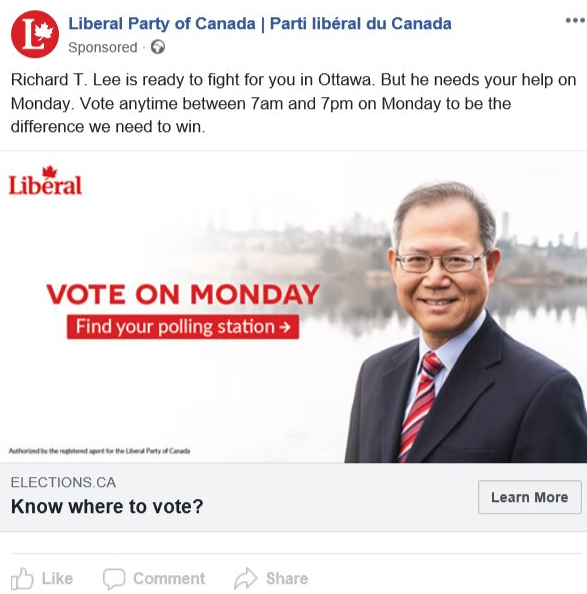 Get out the vote ads like this one can make a big difference leading up to election day.

Offering to help your audience find their nearest polling station makes it easier and more convenient to vote. 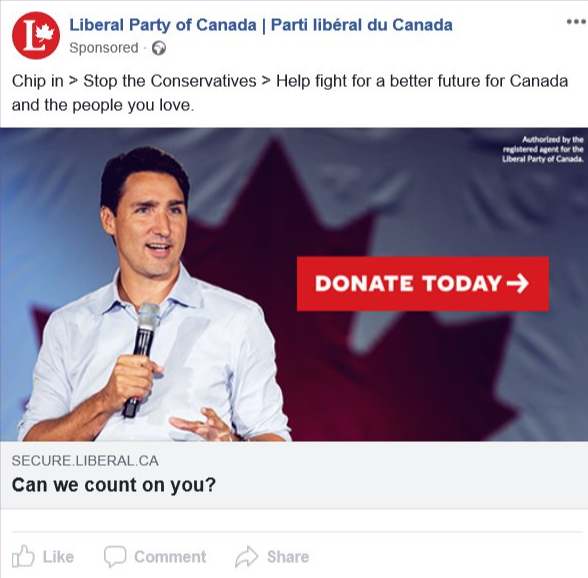 Aside from their by-election ads, the Liberals have started a new fundraising campaign.

Chip in > Stop the Conservatives > Help fight for a better future for Canada and the people you love.

Simple and effective messaging from the Liberals. 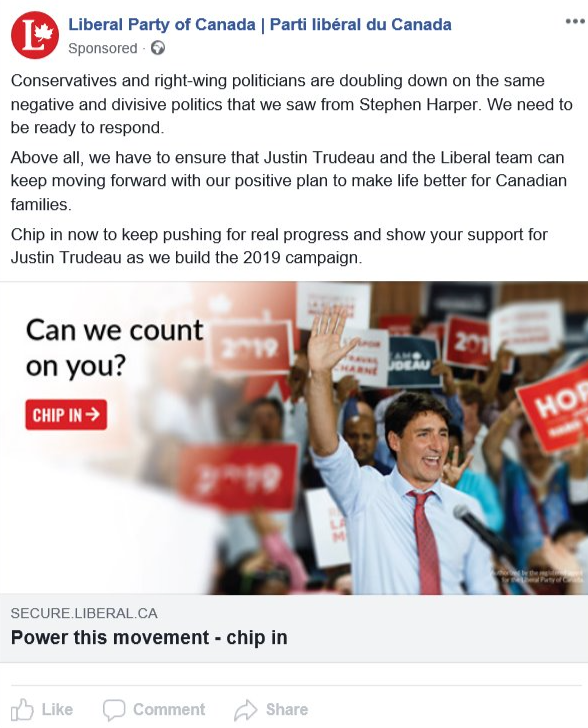 Another example of the new Liberal fundraising ads - the focus seems to be on "stopping the Conservatives" and preventing a return to the "negative and divisive politics" of Stephen Harper.

They seem to be following the same playbook they used in 2015 - will it work a second time around?

Once again, only a single ad from the NDP.

We have seen this ad for months now, with only minor changes to the ad copy. 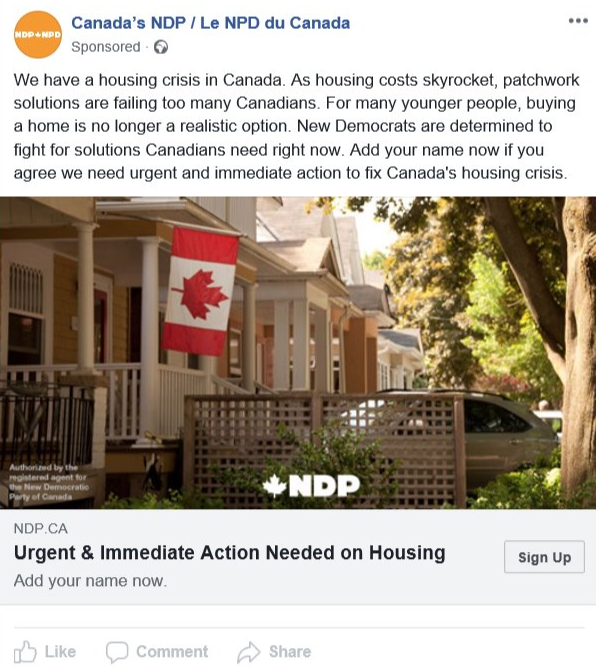 Typically we would recommend refreshing your ad copy and/or ad image more regularly to combat ad fatigue (people get tired of seeing the same ad over and over again, and stop engaging).

However the fact that the NDP continue to run this ad suggests it may still be performing well for them.