Policy Announcements, Women's Day, and Jagmeet in the House! 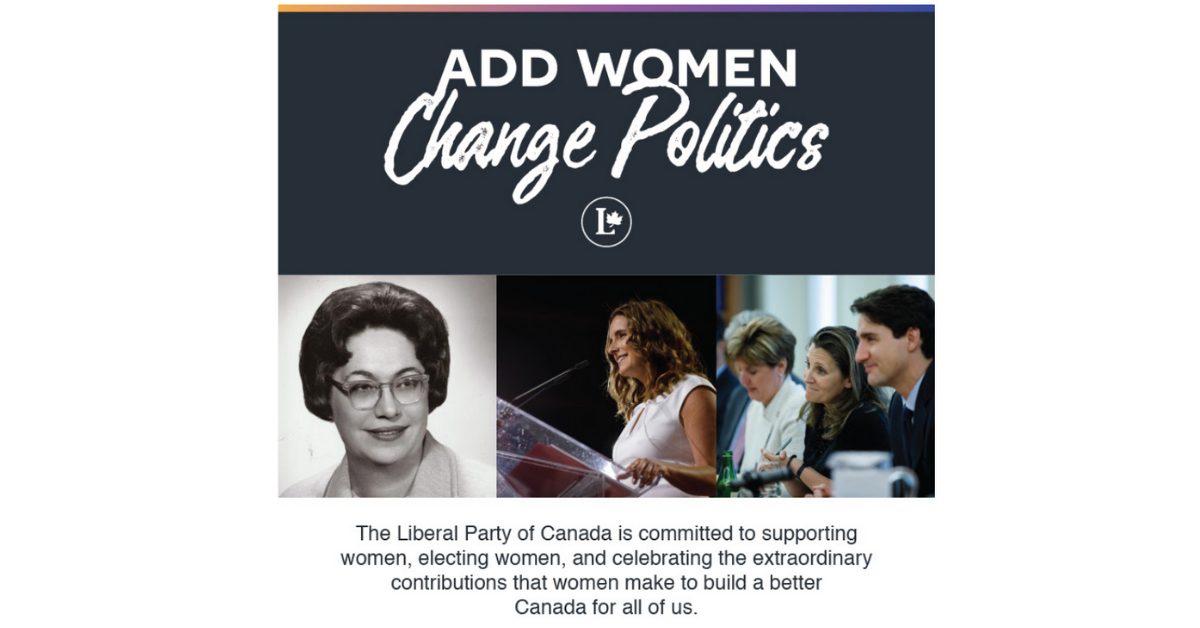 This is the first instalment in a new weekly feature where we look at the best emails sent out by each of the major political parties in the past week. This week, the Conservatives have made a new policy announcement, the Liberals are recognizing International Women's Day, and the NDP summarize what they have been focusing on lately.

This week, the Conservatives have made a new policy announcement - they plan to remove the federal tax from home heating bills.

This move puts them in a position where they can strongly contrast themselves with the Liberal plan for a carbon tax (would you rather pay MORE for home heating under a Liberal government implementing a carbon tax, or pay LESS under a Conservative government that would scrap the carbon tax and remove tax from home heating?).

As we reach the end of another cold winter, the timing makes this a smart move. Andrew Scheer puts the issue in simple terms - home heating is a necessity in Canada, and government should not tax essentials. 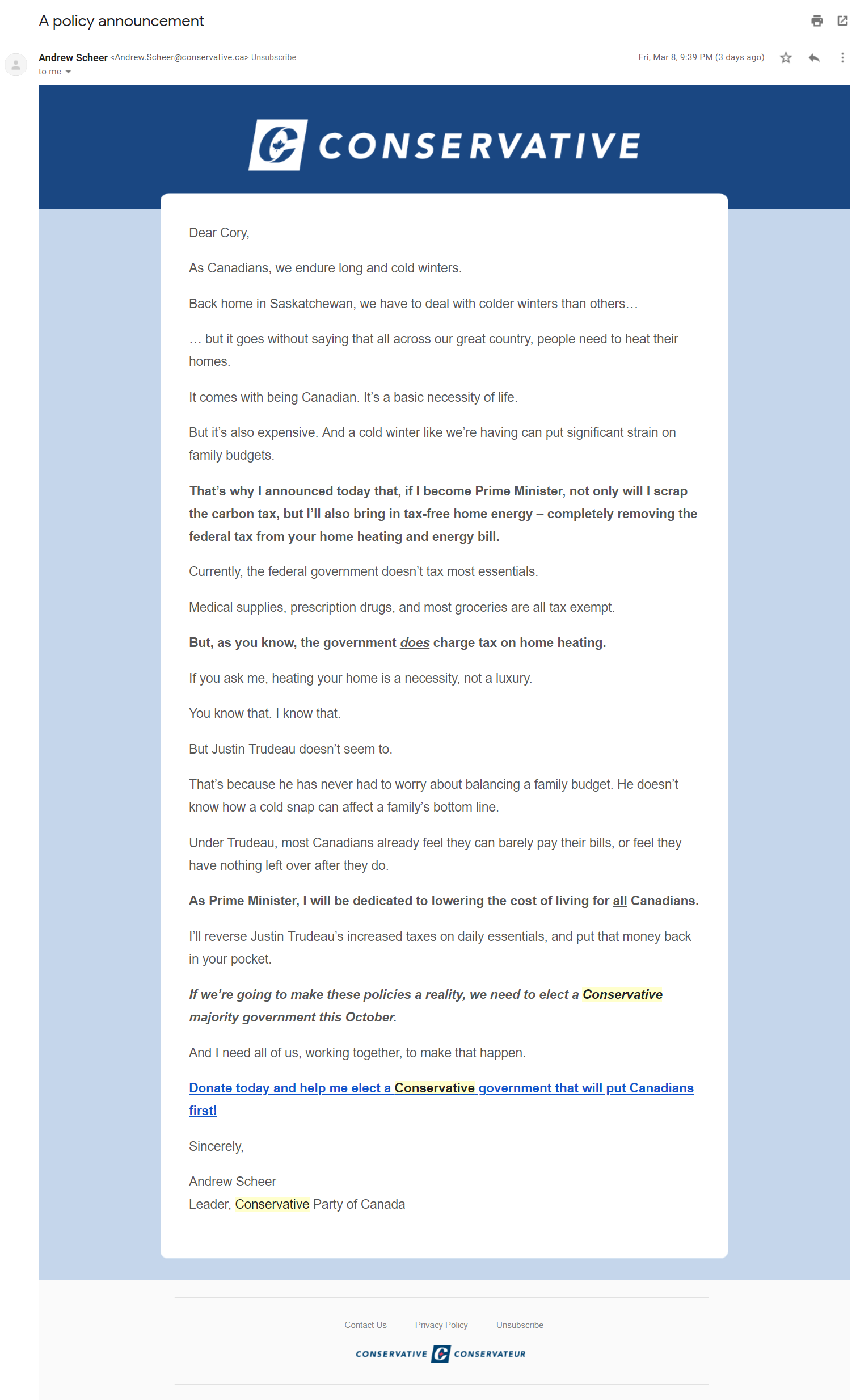 The Liberal Party was the only party to send out an email focused on the work they are doing for women, in recognition of International Women's Day.

The Liberals highlight the accomplishments of women in Ottawa since winning a majority government in 2015, and continue to portray themselves as the leading party when it comes to women's empowerment.

They also admit that there is still a great deal of work to do, as women only hold 27% of seats in the House of Commons.

To help achieve this, they are asking for donations to their Judy LaMarsh Fund to support Liberal women running for office.

This week the NDP sent out the most visually appealing email, summarizing the latest in party news.

They are celebrating Jagmeet Singh's victory in Burnaby South, calling for a ban on single use plastics, calling out the PMO over the SNC-Lavalin scandal, and promoting the hashtag #HousingCrisis for affordable housing.

They provide a short and sweet description for each piece of news, and invite viewers to read more, and share with their social networks.

Need help with your next digital campaign? We've worked with clients like Scott Moe, Christine Elliott,  Jason Kenney, and the Conservative Party of Canada. Get in touch today!