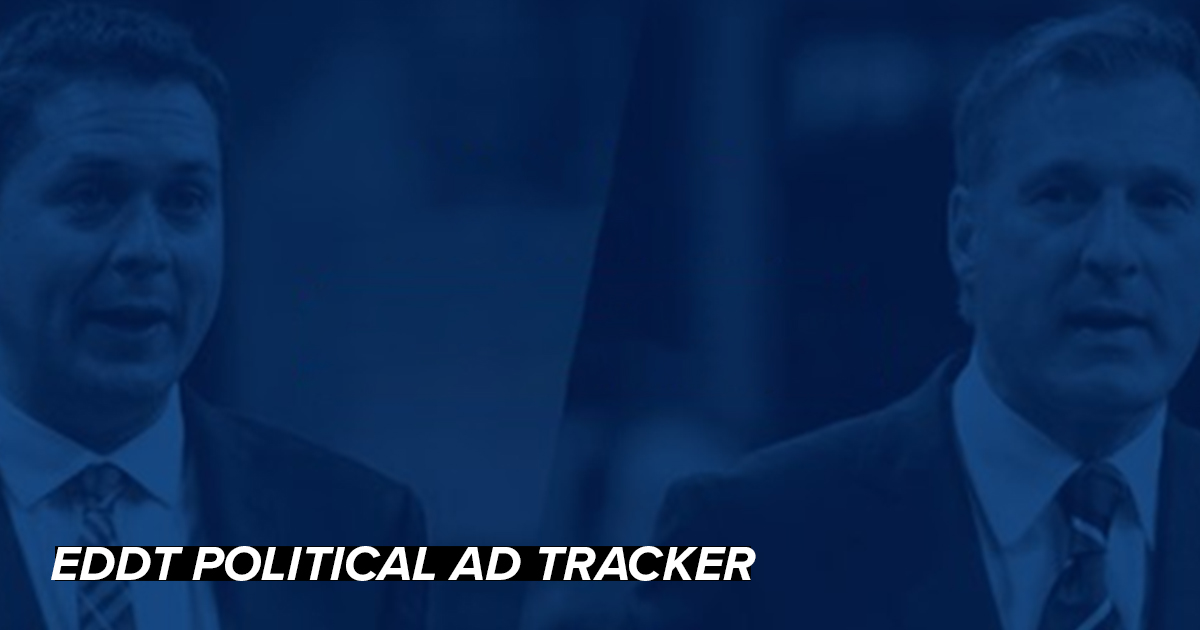 This week, the Liberals are on the attack against Member of Parliament Maxime Bernier.

The Conservatives are running attack ads of their own, calling out Trudeau and appealing to their base.

And finally, the NDP ads are simple and straight-forward — but are they too boring to get clicks?

Get up to speed with our Political Party Ad Tracker!

They also continue to run a number of different sign up ads. 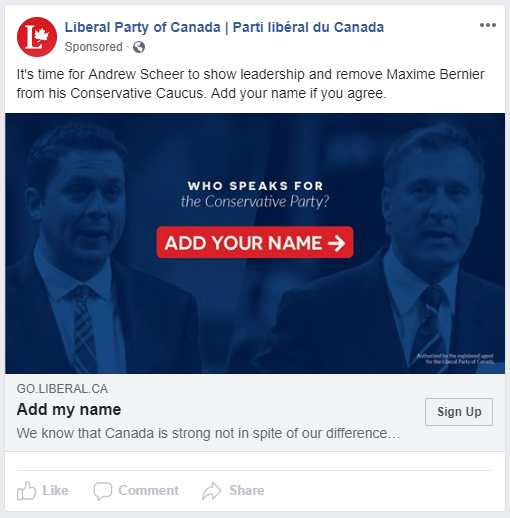 On the surface this ad targets MP Maxime Bernier, but the real purpose is undermine Scheer's leadership by painting a picture of a party divided, asking:

"Who speaks for the Conservative Party?" 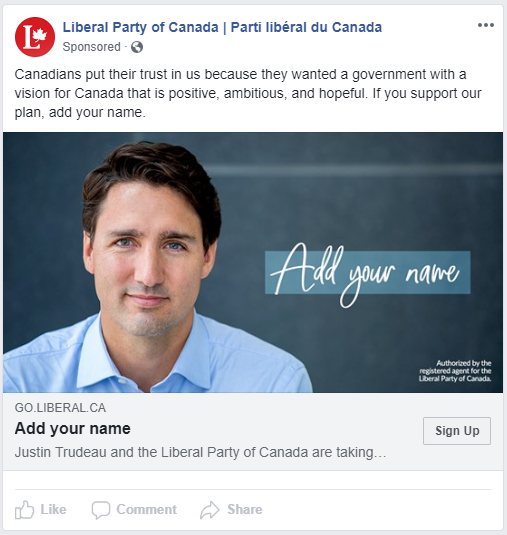 A simple message focused on positivity, ambition and hope.

Who can argue with that? 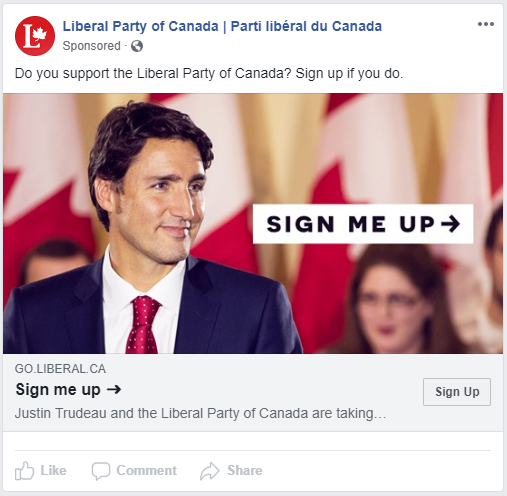 Another straight-forward call to action.

Do you support the Liberal Party of Canada? Sign up! 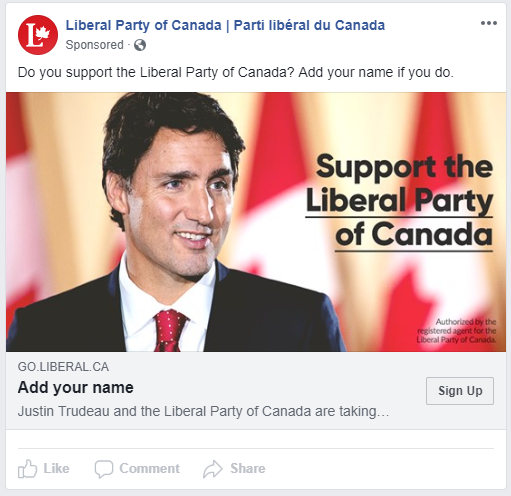 No mention of the upcoming convention in Halifax among these ads.

The Conservative Party continues to attack Justin Trudeau and his policies. 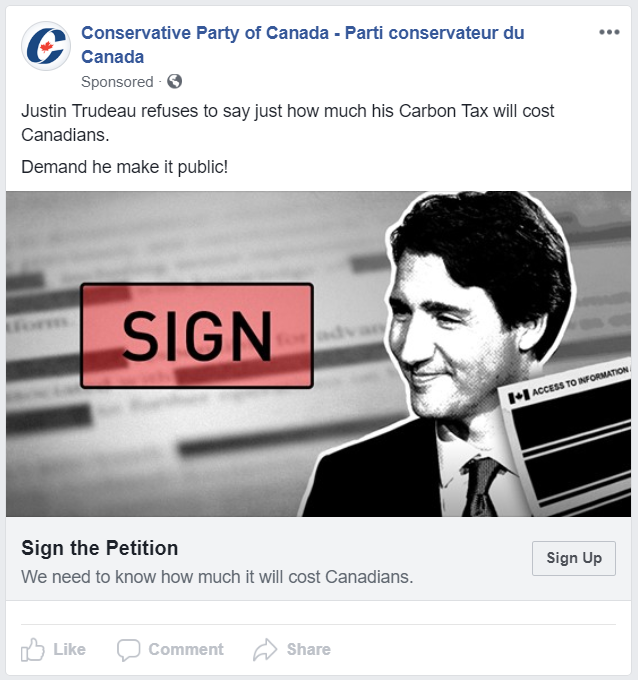 The Carbon Tax remains a major concern for many Conservatives.

The Conservative Party is using this hot-button issue to grow their email list. 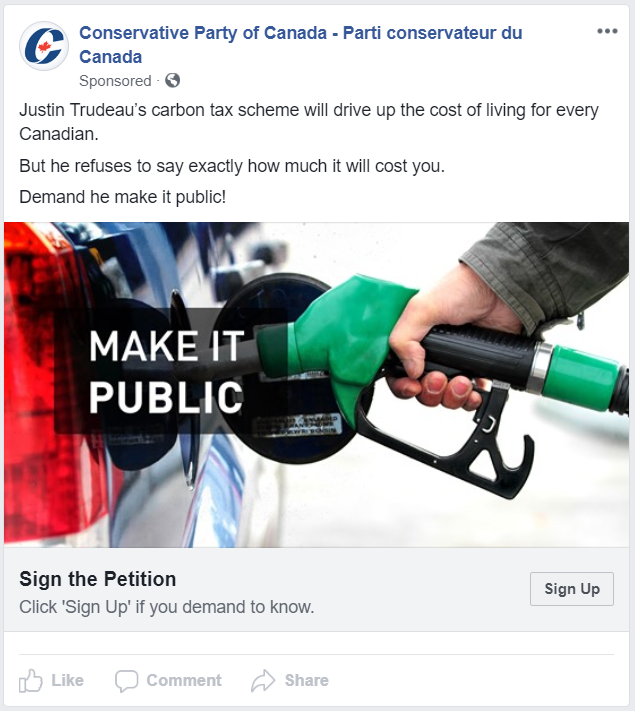 Doubling down with another ad taking aim at the Carbon Tax.

New taxes always give the Conservative Party something to rally against.

"Demand he make it public!" is a strong call to action.

The Conservative Party is also pushing for Justin Trudeau to get tough-on-crime.

This is another hot-button issue, especially for Conservatives.

This ad aims to get those supporters fired up, and to add them to the email list. 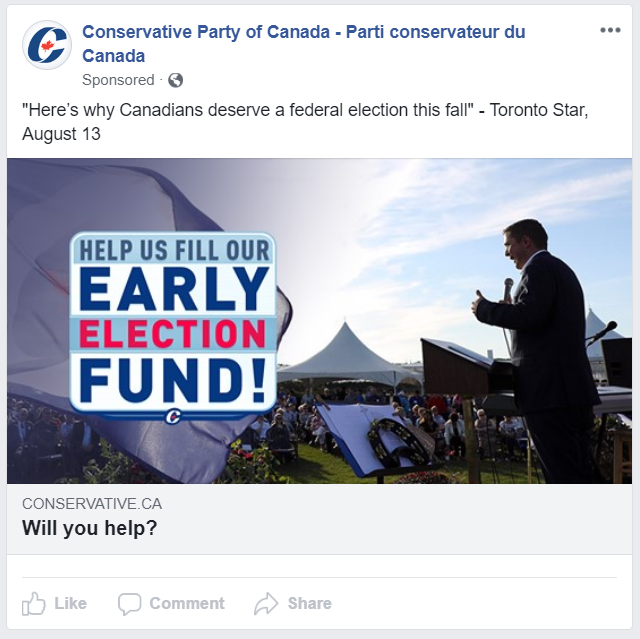 The only non-attack ad on offer from the Conservative Party this week.

This one aims to raise funds amid speculation on a fall election.

All of the NDP ads on offer this week are sign-up ads featuring smiling party leader Jagmeet Singh. Not exactly the most creative, but they may be an effective way to introduce people to their new leader and build their list. 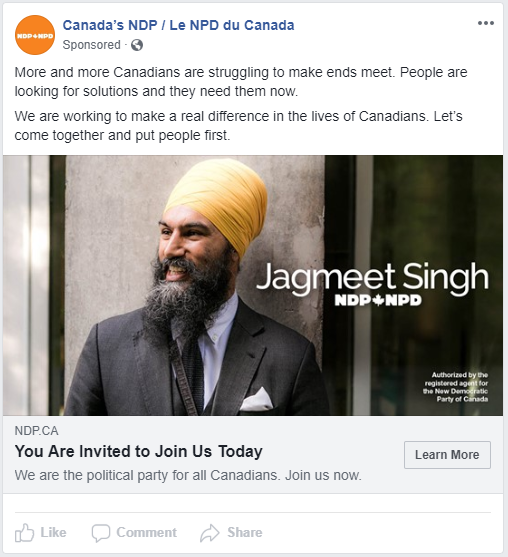 The NDP continues to reach out to working class Canadians.

This call to action targets those "struggling to make ends meet." 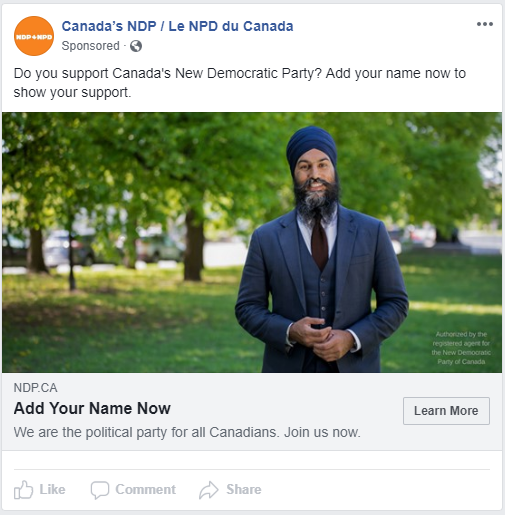 Two more simple sign up ads from the NDP. 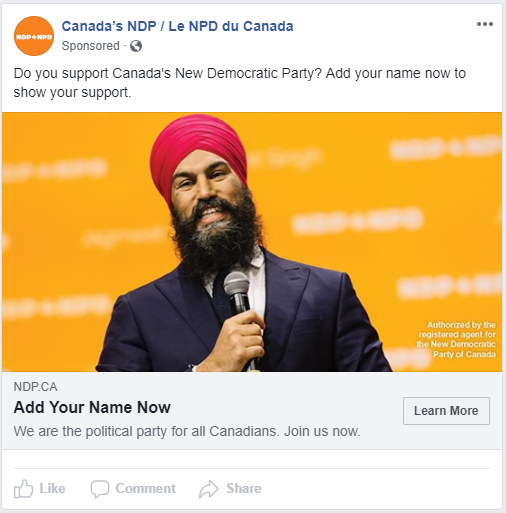