After a stale couple weeks, the Liberals are turning up the heat with fresh ad copy.

How are the opposition parties countering? Find out in our Political Party Ad Tracker! 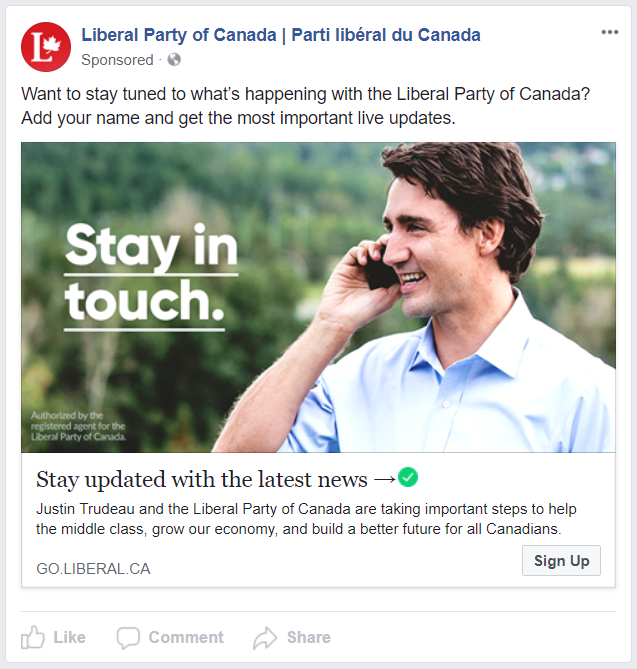 This new split-tested ad should attract lots of new e-mail signups for the Liberals.

We suspect this ad will run for the next few weeks. 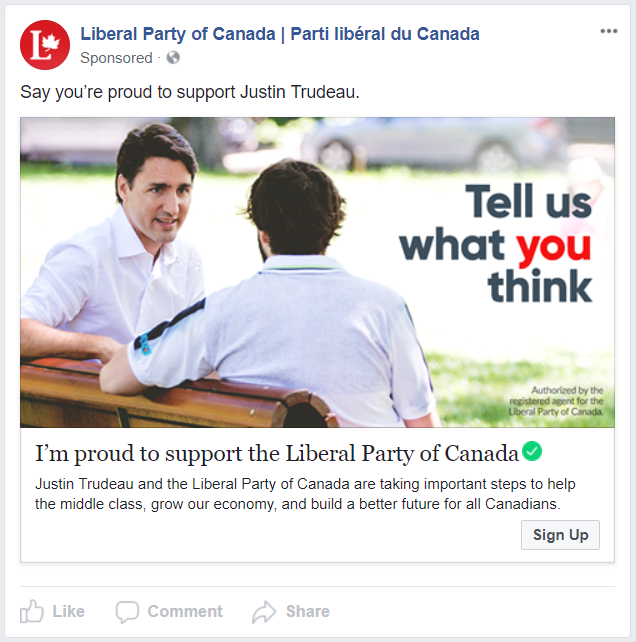 The Liberals certainly know how to design signup ads. 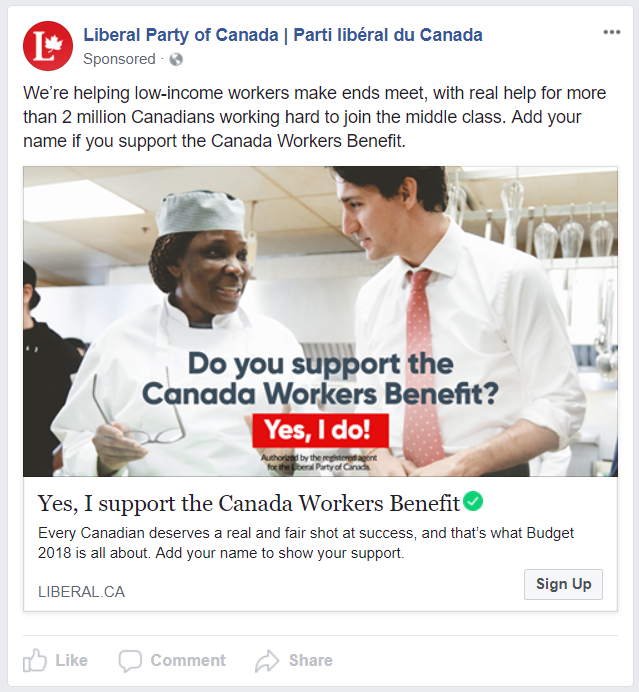 Here is one of a few key issue ads being run by the Liberals this week.

This ad, much like the previous signup ad, showcases Trudeau’s ability to connect with people.

That’s a big part of his brand, and it’s no surprise to see the Liberals reinforcing it online. 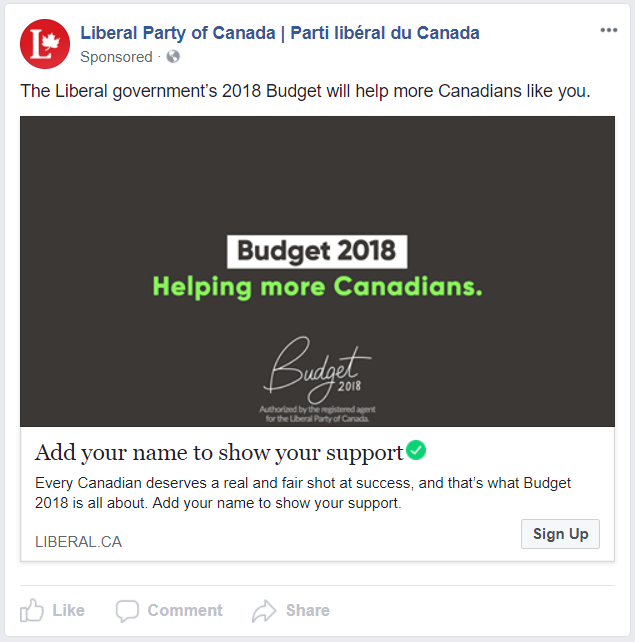 The Liberals are promoting their budget with multiple split-tests.

The overriding theme is inclusivity. 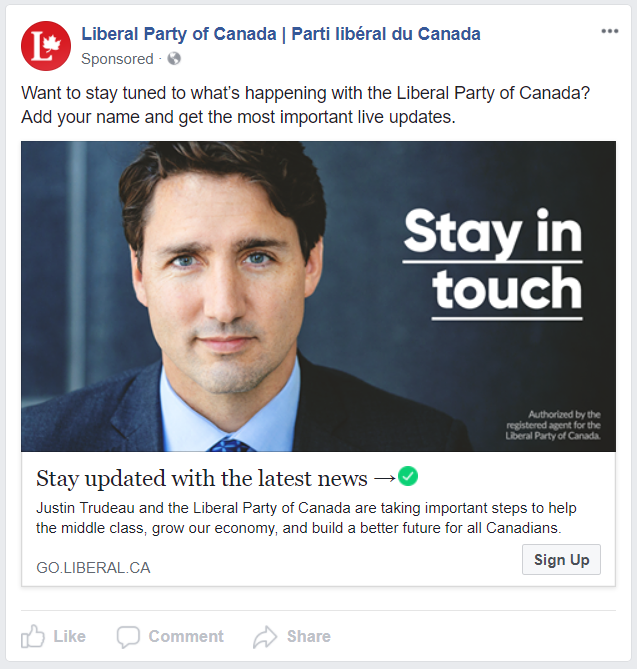 They are offering the same variety pack of ads as last week, which gives us an opportunity to show you some of the ads that have been flying under the radar! 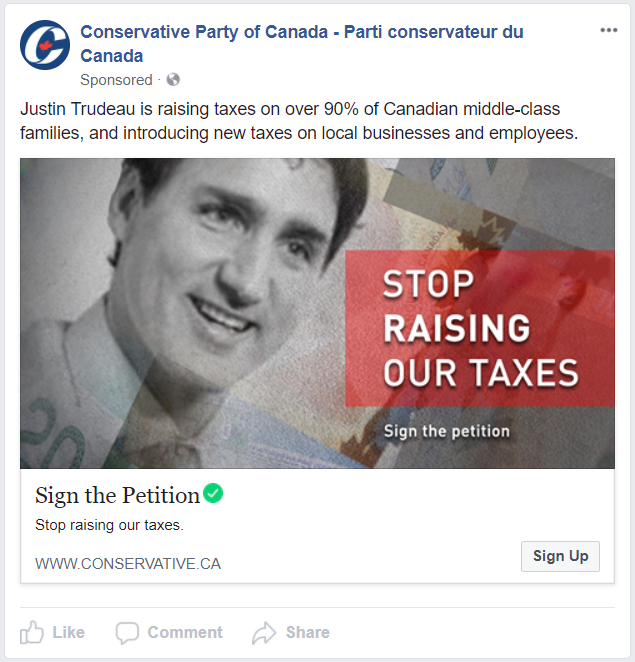 This tax petition ad should capture a few supporter e-mails. 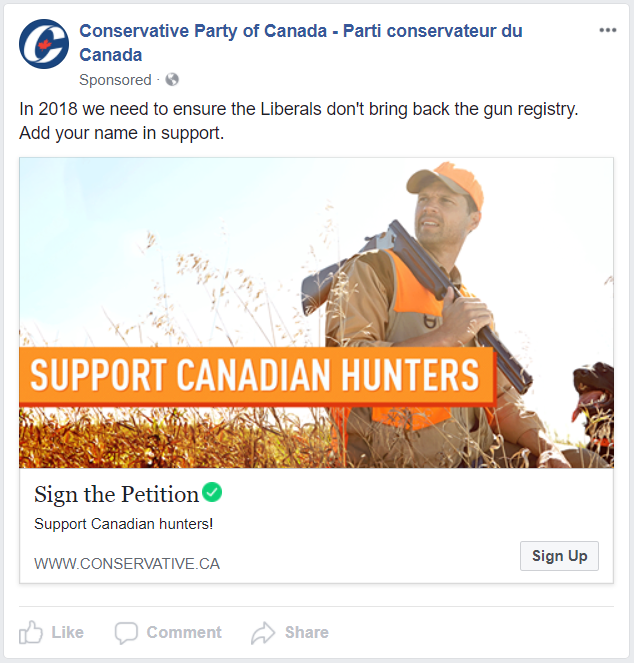 This ad has now been low-key running for several months.

Caption needs updating, but we can see how this ad would continue being effective for the Conservatives if targeted correctly. 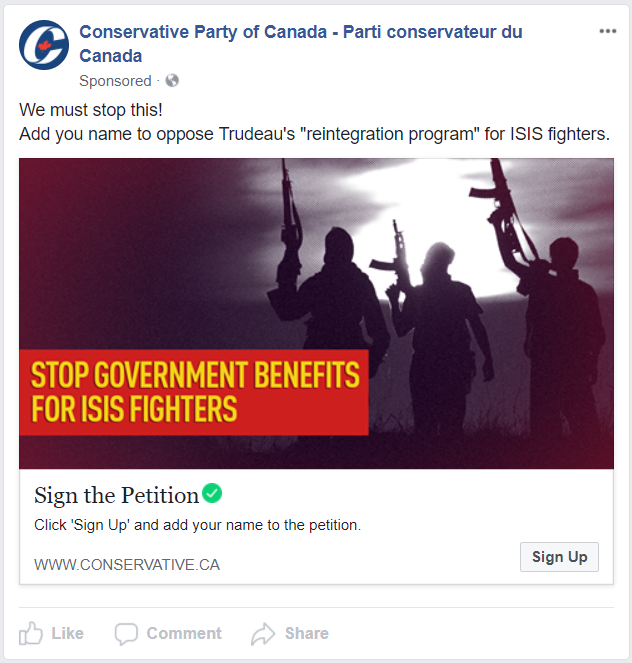 This is another Conservative ad that has been running for quite some time.

It is effective for obvious reasons. Just need to correct that typo. 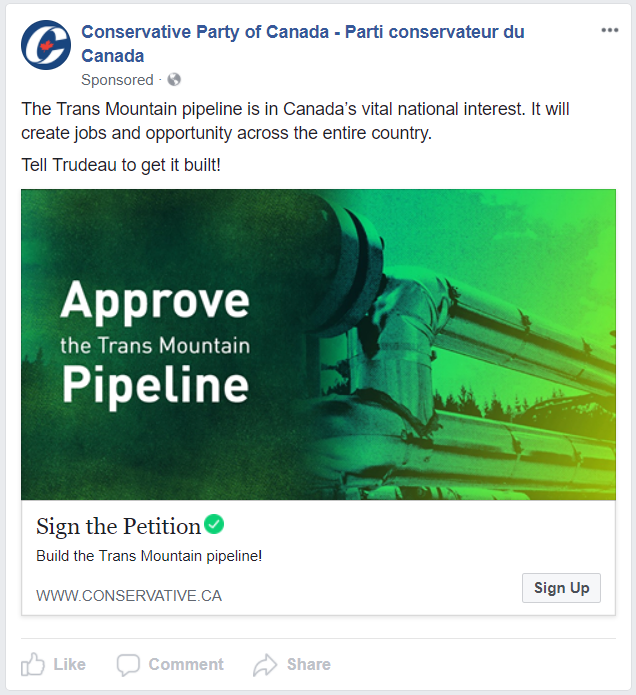 Split-tested Trans Mountain ads are becoming a staple of the Conservative ad menu. 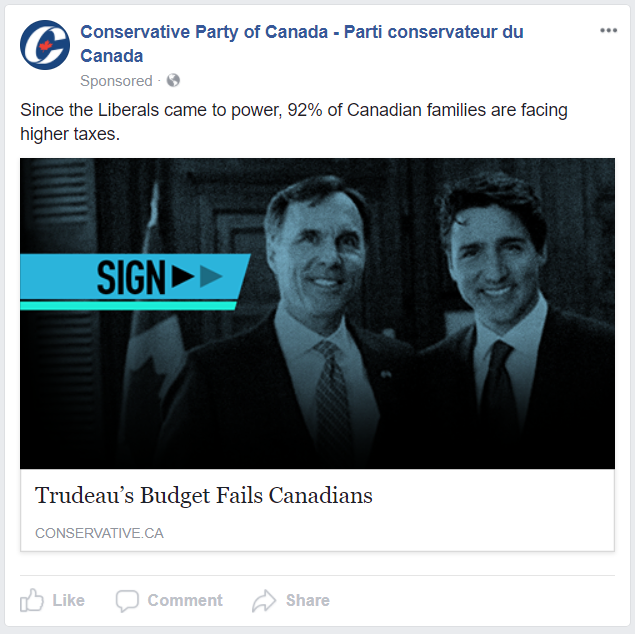 Most of the NDP’s ads from last week are still in circulation this week.

They are also running more French ads and attacking the government on an issue they themselves struggled with last week: India. 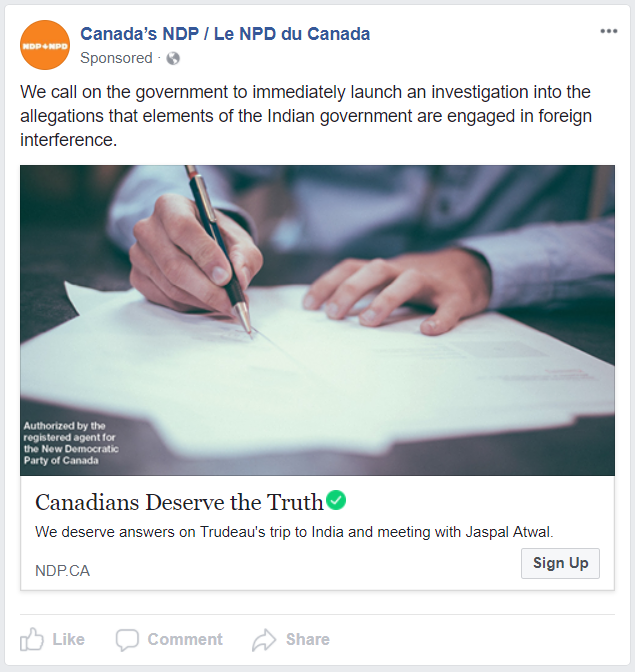 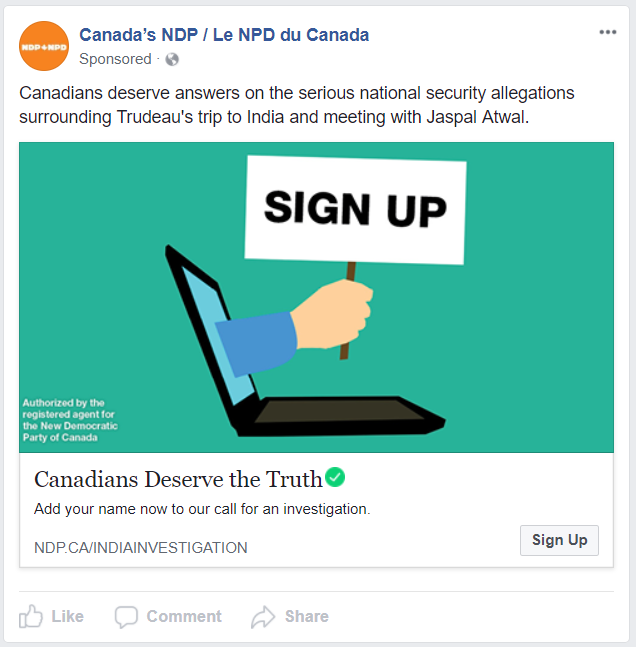 Not the most creative graphic, but it gets the point across—sort of. 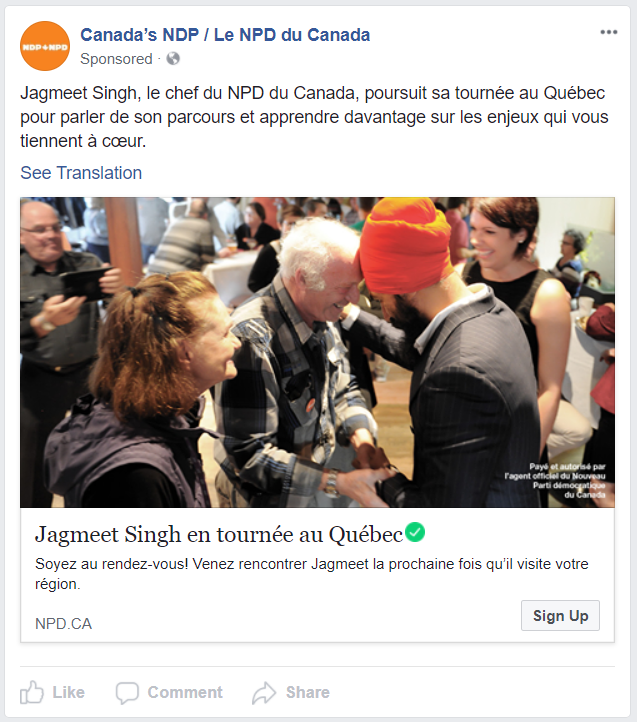 The NDP likes to recycle old images for new purposes.

Judging from recent online ads, making inroads in Quebec is a top priority for the NDP. 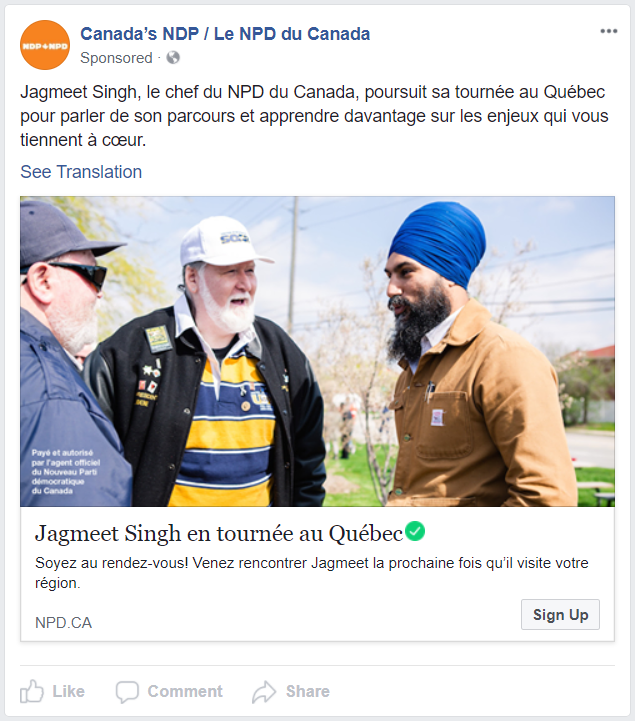