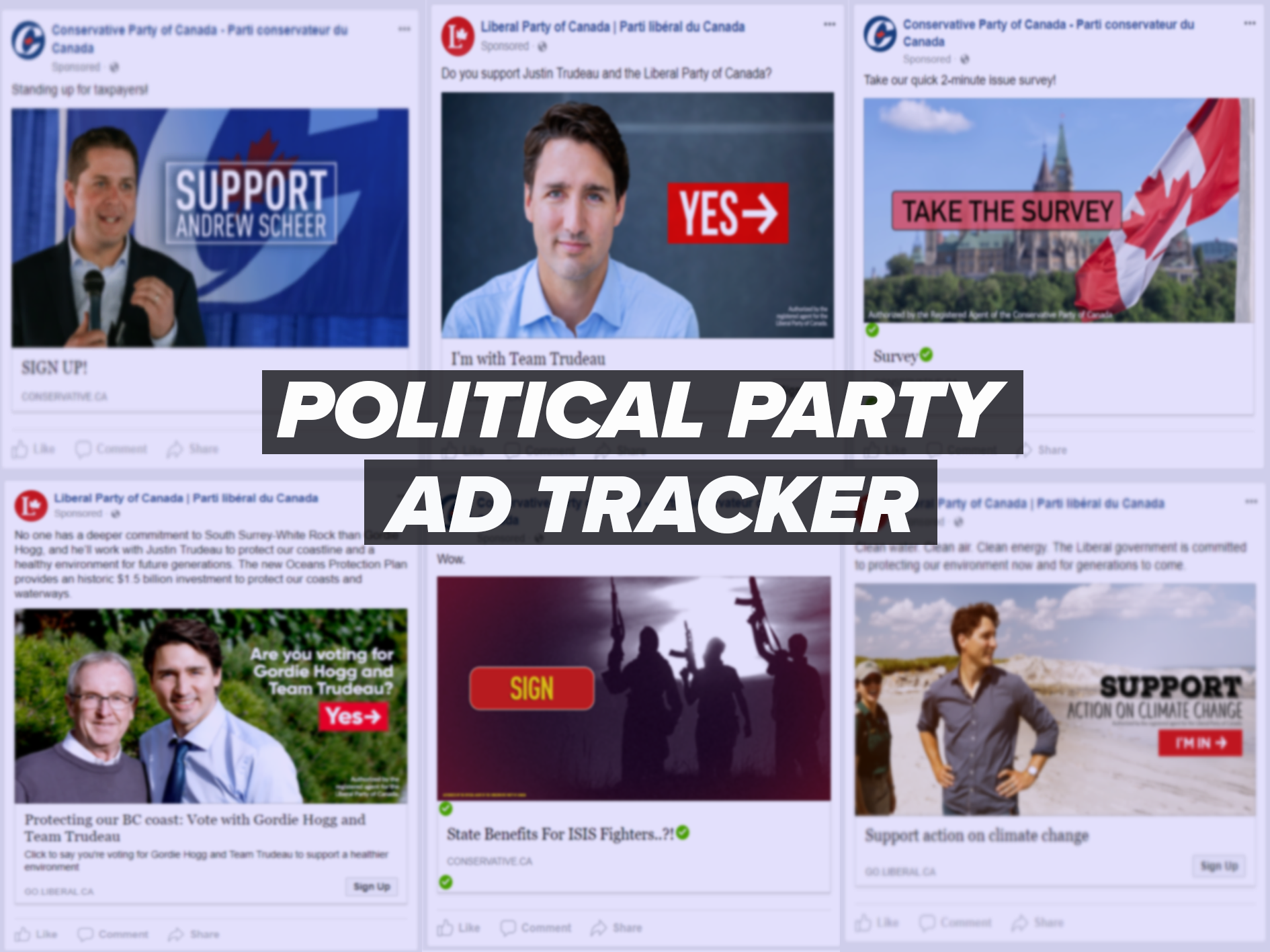 Thanks to Facebook ad transparency, you can see every single ad your competitors are running.

What kind of ads are Canada's national political parties running this week? Let's take a look!

The Liberals maintain a big edge on social media. As long as they keep running great looking ads, multiple split tests, and writing very compelling ad copy—they will hold onto their edge for the foreseeable future. 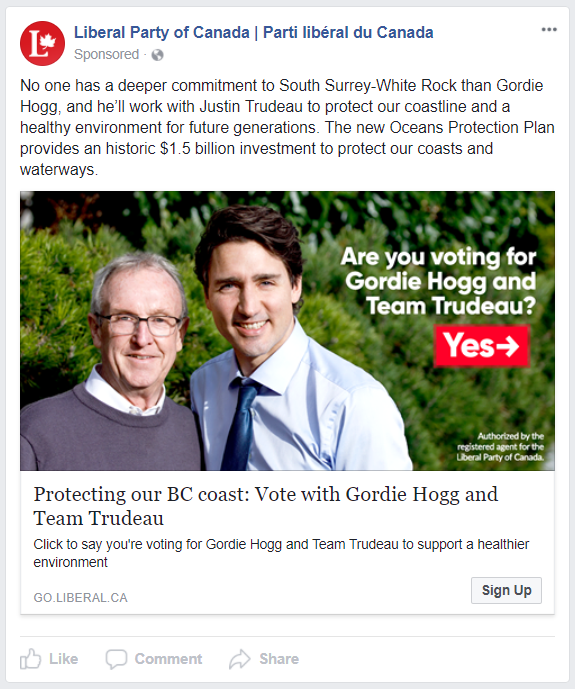 The Liberals are running even more ads than last week to promote their by-election candidates, presumably targeted to those ridings. They are testing a variety of images and ad copy. This is one of their new ads. 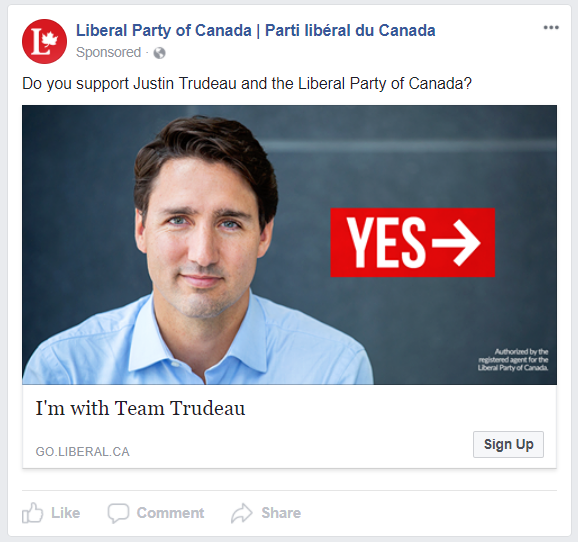 Their other ads are focused on key issues for the Party, or asking people to sign up if they are with Team Trudeau. Sign-up ads directly grow your supporter list. 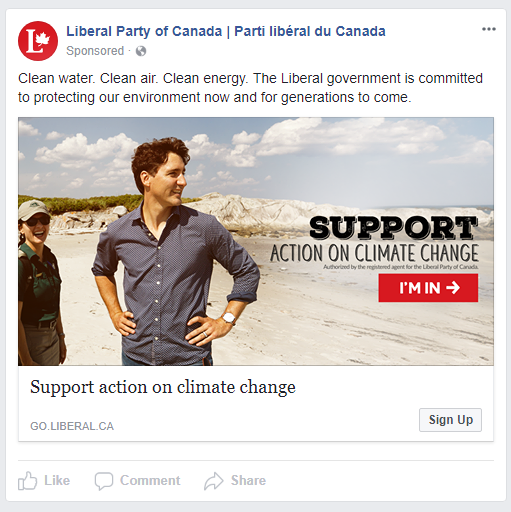 Key issue ads with compelling advertising copy, linking to a petition or landing page, are also designed to sign up new supporters. These ads are being done in the exact way we have run ads for our clients in the past. They work.

Both types of ads are a great way to get new e-mail addresses — which can then be used to fundraise, sell memberships, and do everything else that good parties do to win.

The Conservative Party of Canada is continuing to run some smart ads — they are clearly putting an effort into recruiting new supporters as the Party seeks to rebuild before the next election under new leader Andrew Scheer. They have good looking ads, and they are running a few tests — but not nearly as many as the Liberals.

Last week, many of the Conservative ads lacked a specific and compelling call to action. This week, their ads seem much more focused. 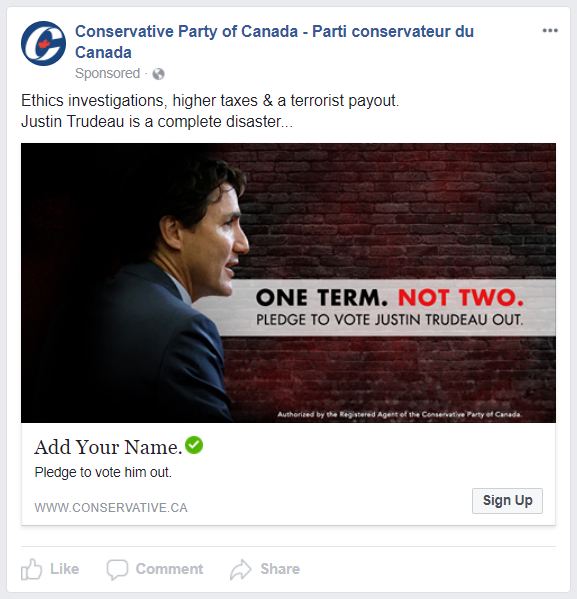 This ad raises three key issues for Conservative voters, and asks people to pledge to vote out Trudeau. The tagline, “One Term. Not Two.” is new this week. The Conservatives are using it in a few different ads. It is compelling and will certainly deliver results. 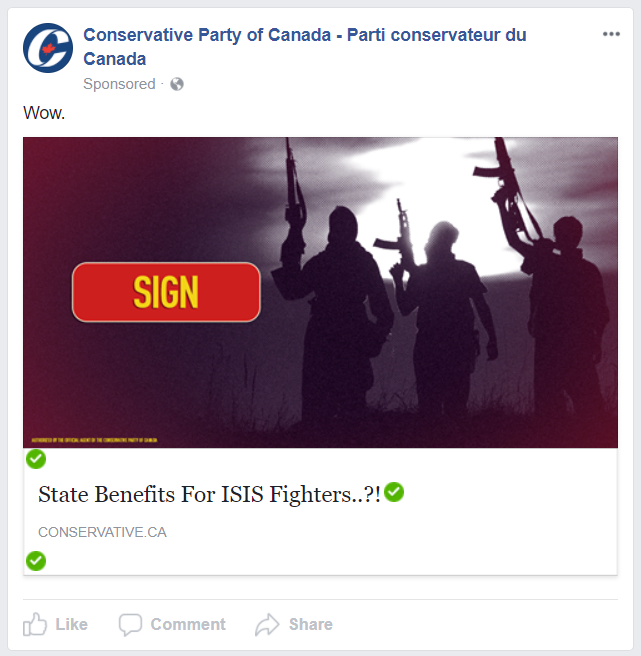 Like the Liberals, the Conservatives are running key issue ads. A lot more than last week. Most focused on national security and terrorism. The ad showed above taps into a shock value that should resonate well with Conservative supporters and, the Party hopes, will lead to new e-mail sign-ups. 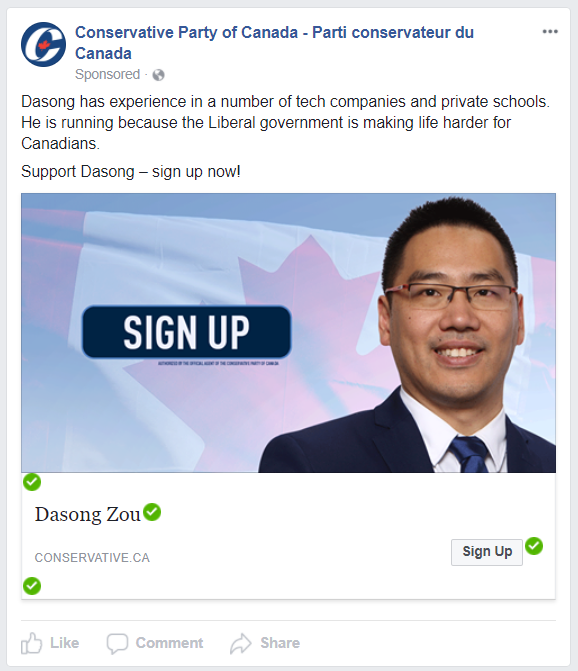 Last week the Conservatives were running a Chinese language ad to support their by-election candidate in Scarborough-Agincourt — the only non-English ad of the week by a federal party. A week later, they are running several English-only ads supporting him. Their tests must be saying the Chinese ad didn’t work.

Interestingly, they are only running ads to support one of their four by-election candidates — although Andrew Scheer’s Facebook page is running one ad supporting the Party candidate in South Surrey-White Rock.

The NDP still aren’t running ads and that’s not good. 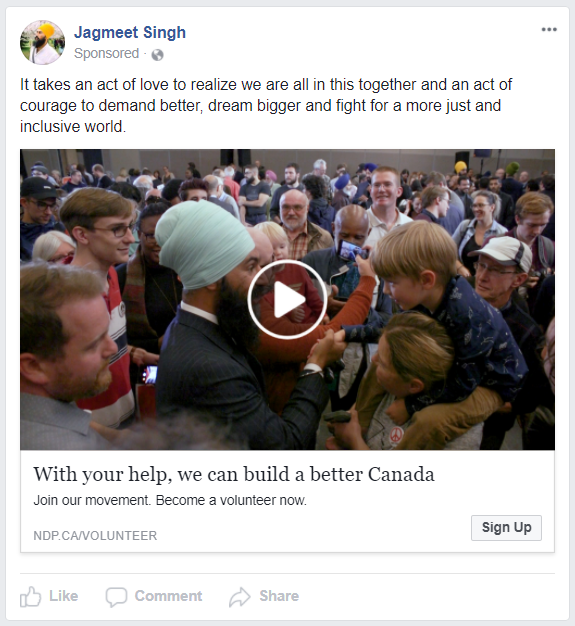 Though a visually appealing ad, it is odd that the NDP is asking for volunteers rather than supporters. They have a new leader, and need to grow quickly. The best way to do that is with captivating key issue or introductory ads that ask people to give their e-mail addresses.

Yet, the NDP is asking for volunteers, which is a much bigger commitment than offering an email address. The people likely to volunteer have probably already given their e-mail address.

For a Party hurting in fundraising and desperate for growth, it makes little sense for them to target volunteers directly as opposed to new supporters.