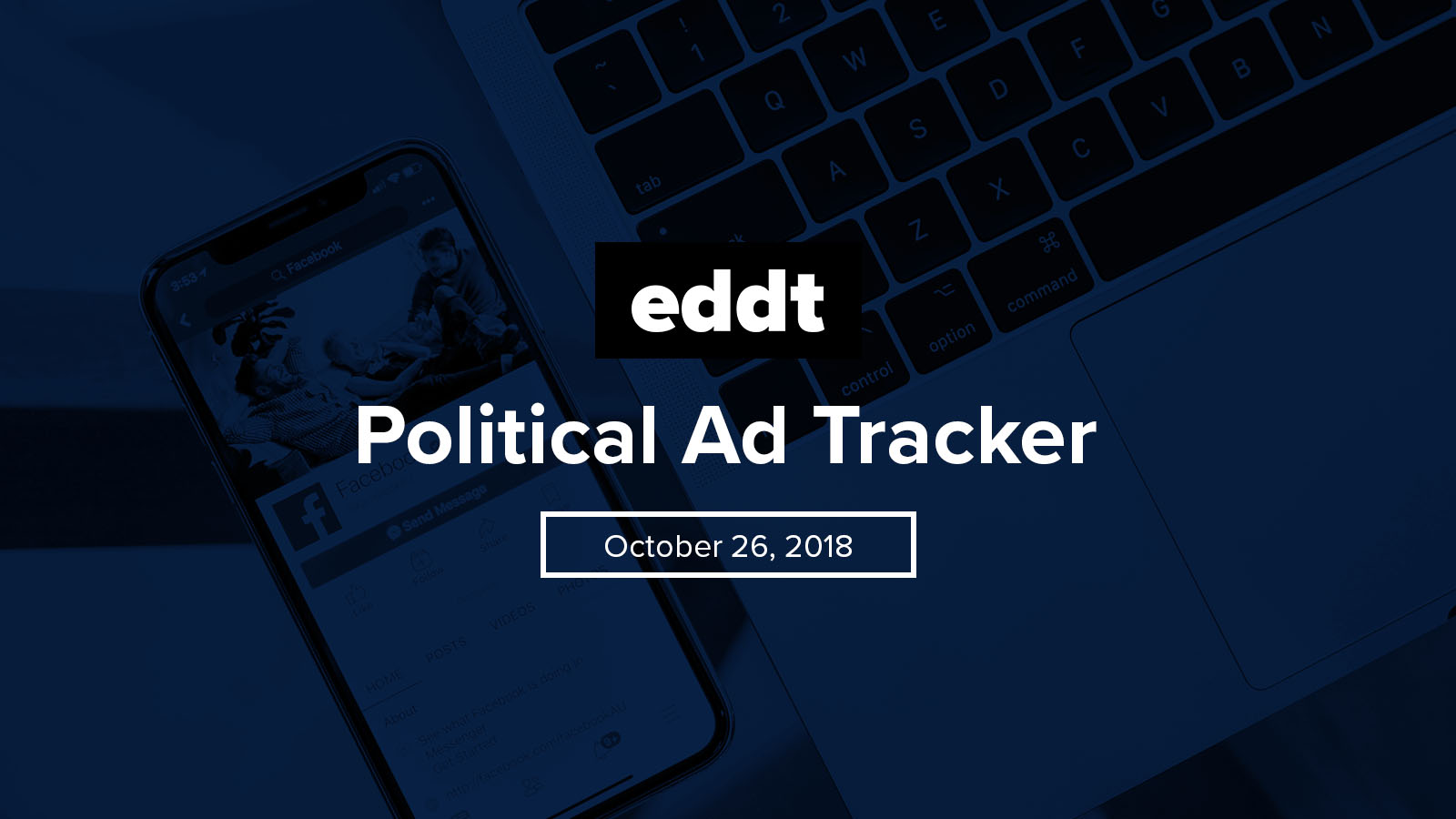 The Conservative party is railing on the carbon tax, with 14 new ads this week.

Meanwhile, the Liberals have dropped off, and are once again running nothing but simple sign up ads.

And the NDP continue to focus on the housing crisis.

The Conservatives are attacking Justin Trudeau and Catherine McKenna over the carbon tax. 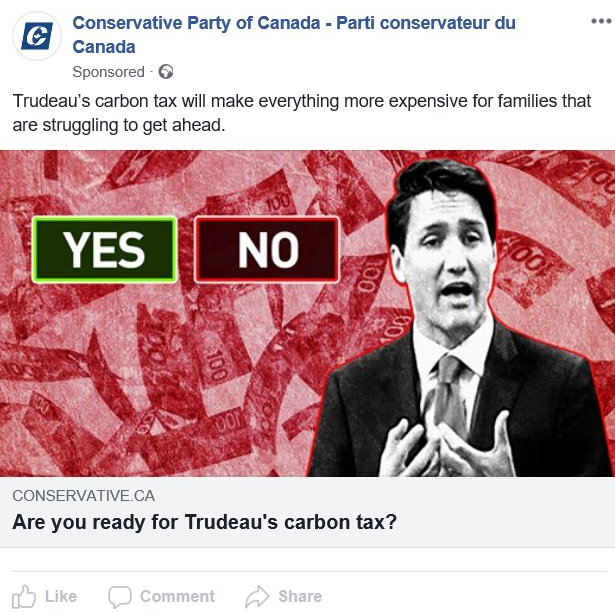 Trudeau looking flustered, money frivolously flying around, and new Yes/No buttons. These ads are sure to resonate with conservatives who oppose the carbon tax. 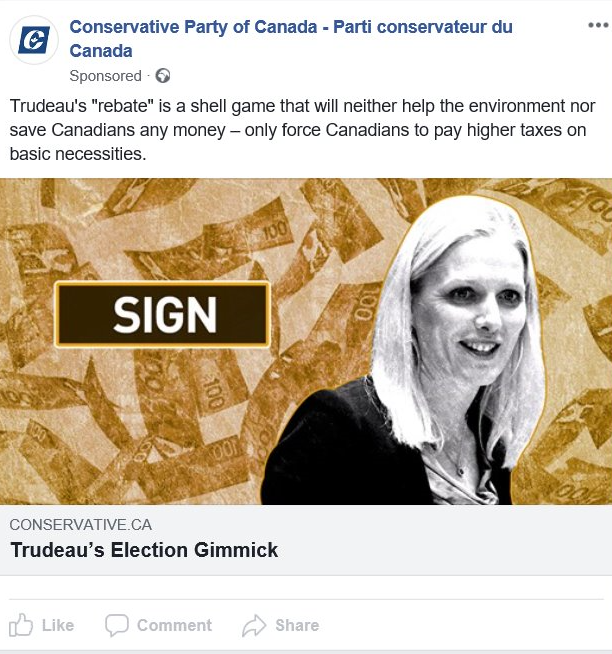 Another attack on the carbon tax and Catherine McKenna.

The sentiment that carbon dividends are nothing more than a shell is game popular among conservatives right now. 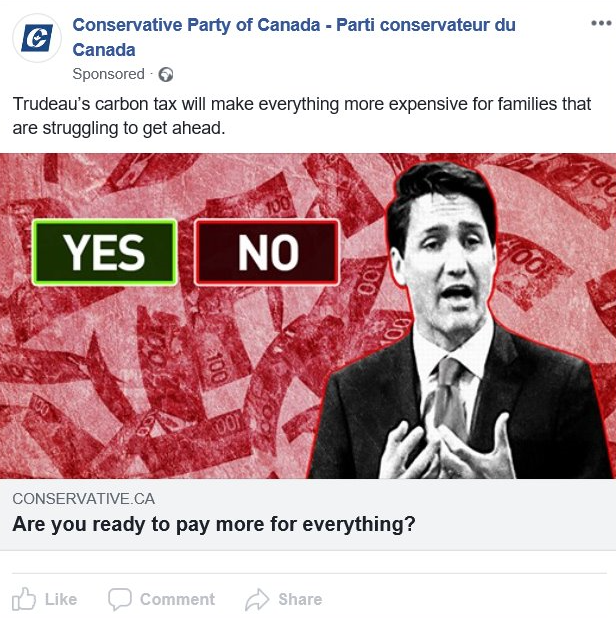 The Conservative Party is running 14 variations of their anti-carbon tax ad. They may be doing some A/B testing.

The only difference between this ad and the first ad (above) is the headline - Are you ready to pay more for everything? vs. Are you ready for Trudeau's carbon tax?

The Liberals have taken a step backwards with their Facebook advertising this week.

They have no new ads, and have taken down their ads on the USMCA and the Cannabis Act. They are now relying solely on simple sign up ads. 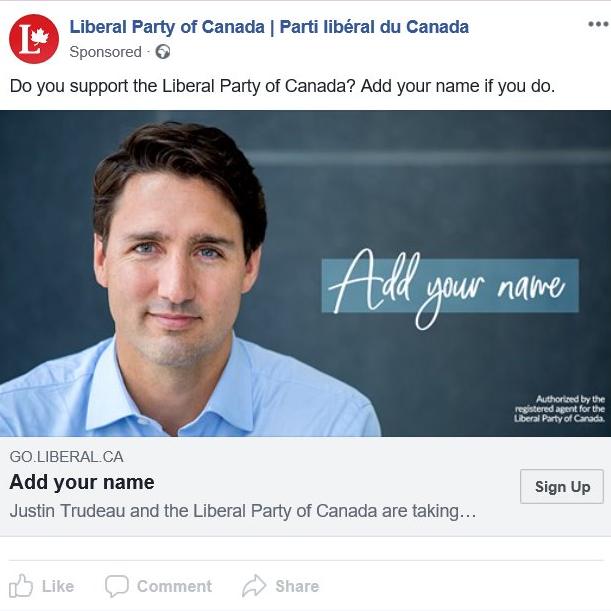 Although these ads have been running for a long time, simple sign ups are one of the most effective ways to expand your email list.

However, the Liberal ads are in desperate need of a refresh, as these same ads have been running for months now. 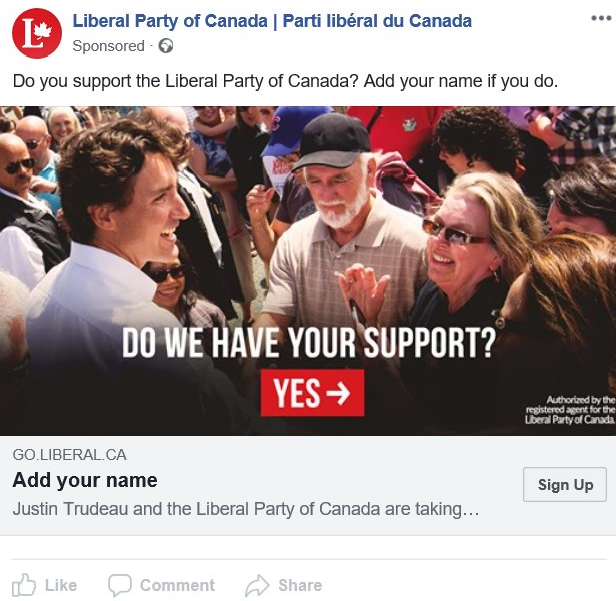 Another basic simple sign up ad. Simplicity is key with these ads. The message is short and the call to action is clear. Sign up if you support us. 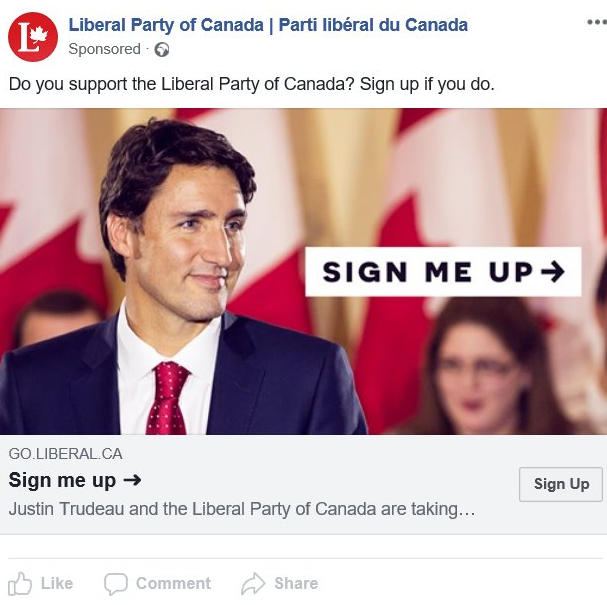 Another example of the Liberal simple sign up ad. They may be getting old, but at least they finally removed their "As parliament resumes this week..." ad.

For a third week in a row, the NDP are focusing on the housing crisis.

No new ads this week from the NDP.

The NDP are still running 8 very similar ads focused on the housing crisis.

The NDP advertisers may still be running A/B testing to see which button performs best.

After 2+ weeks of testing, we thought they would have narrowed it down by now, or rolled out some new ads.

Unfortunately this is not the case. 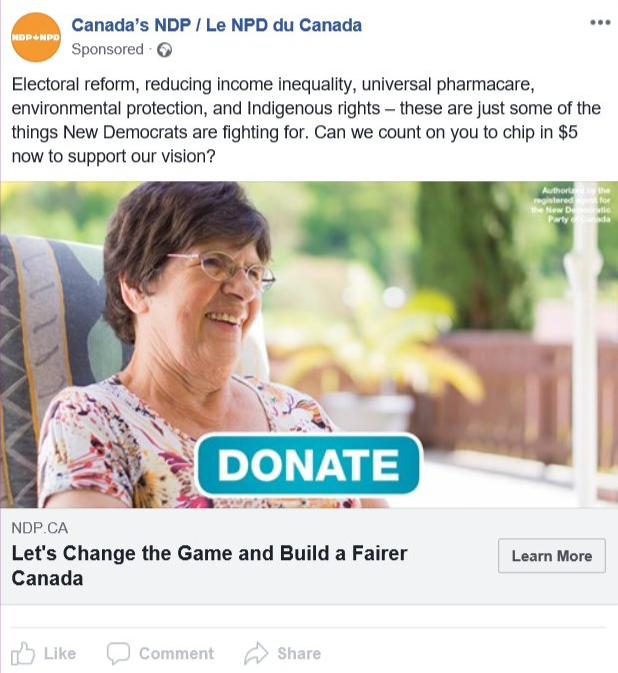 The NDP are still the only party running a fundraising ad on Facebook.